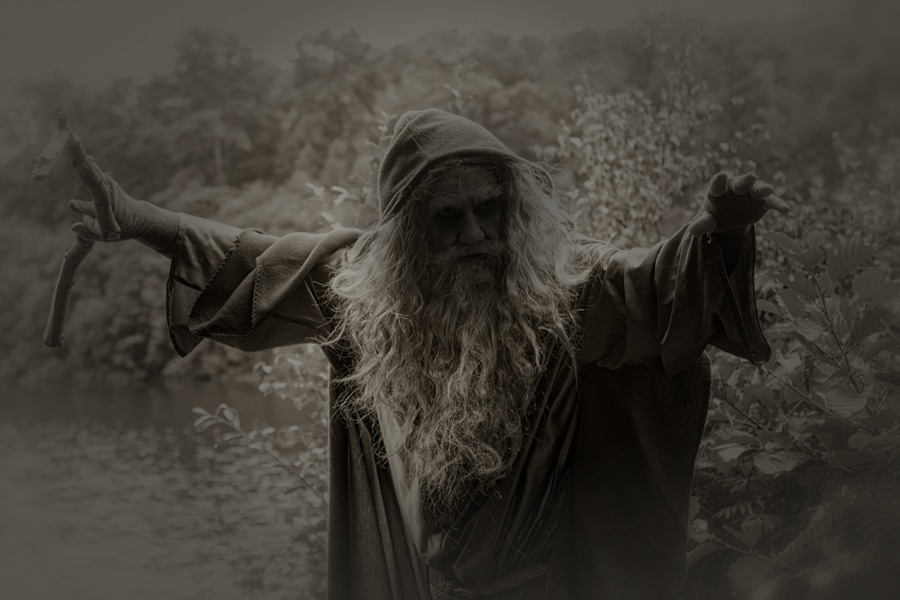 There’s a witch in C. S. Lewis’s The Silver Chair, the “Queen of the Underland,” whose words and magic convince the story’s heroes that the world above ground isn’t real. This mind-control magic shows up often in fairy tales and fantasy stories. And it’s always an evil witch or wizard who’s responsible — because it’s always wrong to force your thoughts, your views, your “reality” on another, allowing them no resistance.

Which is exactly the sort of evil you see being practiced in today’s transgender movement. I’m frankly shocked more people aren’t calling activists to account for it. Maybe we’re not reading enough stories.

Think of it: When a man says, “I’m actually a woman,” those words aren’t merely supposed to change your view of him. They’re supposed to change reality — for everyone. He is now woman, a reality that comes into being simply through the power of his words. We must speak to him as a woman, see him as one, think of him as one. We must consider him as much a woman as any other adult female. He is really female. Or so she would expect us to see her (as of course we would speak it, once our reality shifted accordingly).

So I ask, and I mean this quite seriously: What makes this any different than a wizard’s conjuring? Only one thing: the source of the power behind it. A wizard summons overwhelming power from dark and unknown places; a trans activist summons power through strong, seemingly overpowering social, policy and legal pressures. This person’s powers aren’t so unfamiliar as magic would be, but they are powers nonetheless, and they seek to force submission as much as any spell.

“Evil wizards” get that title for a reason: They dominate. They control. They take away others’ freedom to see reality as it is, and to move in it freely based on their own thoughts, reasoning and volition. Humans everywhere have always known it would be horrifically wrong to abuse one’s power in that way. There are tales of good witches and friendly magicians, but never any who force their mind and their will on others.

But you might object that I’m going too far, using fantasy literature to make a point in the real world. Of course I’m only drawing an analogy from it. But that’s okay; it still works. Fictional literature — including theater and film — has always been a touchstone for helping us understand the world we live in.

Naturally enough, when creative people imagine a world where persons employ dark power to alter others’ realities, they tend to do it in the form of fantastic tales. Yet these stories must always contain enough reality to produce recognizable human (or human-like) characters, going through recognizable human challenges and crises. The stories would never work otherwise. And a tale in which a good wizard forces mind control upon others is simply too far removed from reality to recognize — even for a fantasy. It’s only evil wizards who do that.

The Reality-Shift Trans People Demand We Give In To

That’s why it’s so disturbing to see reality mirroring fantasy so closely. Jennifer Wright insists in Harper’s Bazaar that “transgender women are women, and transgender men, are men.” There’s a genuine reality-shift there: Their femaleness or maleness have become real. Raquel Willis writes plainly, “Trans women are women. This isn’t a debate.” And if someone wanted to debate it anyway? Look out, here comes the power play:

Trans women are a type of woman, just as women of color, disabled women and Christian women are types of women. Just as you would be bigoted to deny these women their womanhood, so would you be to deny trans women of theirs.

Translation: “Anyone here wanna be a bigot? No? Then submit. View reality the way I declare it to be.”

Social power of that sort is strong. But that’s not all the power being used here. Corporate policies back it up. Universities insist on it. People have been fired and arrested for not buckling under transgenderism’s mind control.

Raquel Willis regards himself a woman, and prefers living life as if he were a woman. He’s free to do that. I wouldn’t dream of taking that away from him. I’m committed to treating him as fully human, fully deserving all the worth, respect and rights that come with being human.

I know some would say I’m failing to give him that respect by calling him a he. On the contrary. Willis is using all the power at his disposal to try to force me to see him as a her, based on no other reason except his insistence that he is in fact “she.”

There is no magic in the transgender movement’s reality-shifting efforts, but there is plenty of darkness.

I suppose I could give in, but it wouldn’t be respect in that case. It would be an act of pure submission, bowing to his will, his declaration, his demand. So who’s disrespecting whom now?

It’s not just about pronouns, by the way. Willis and others like him aren’t content to have us use the pronouns they prefer. They want to force a complete reality shift on us, a shift that isn’t complete until we see them as real women, or trans men as real men. It isn’t just language control, it’s mind control.

Power Doesn’t Have to be Magic to Be Dark

Am I overstating it? The magic part of it isn’t real.The rest of it, though? Think it through one more time: What makes mind control evil in the fantasy tales? It’s using — abusing — power to force a person to act, speak and think the way the power-wielder wishes.

If such magic existed it would be a dark power; but power is not made dark by the kind of power it is, but by the way it is used: to bend others to one’s will. There is no magic in the transgender movement’s reality-shifting efforts, but there is plenty of darkness. We must not submit to that evil.