'This is the first time city transformation has been attempted through a Spirit-empowered movement of men based on the model in the book of Acts.' — Pastor Kenny Luck 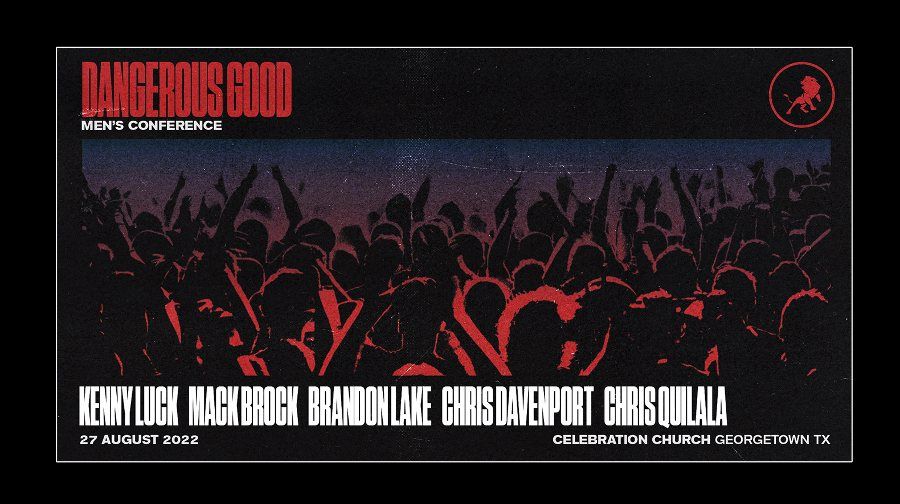 Kenny Luck, the lead pastor at Crossline Community Church in Laguna Hills, Calif., knew it was coming. It was the Lord’s timing. Kenny told The Stream that years ago he could feel God calling him to minister to men. On August 27, Kenny’s organization, Every Man Ministries, will host the Dangerous Good men’s conference at Celebration Church in Georgetown, Texas.

Prior to becoming the pastor at Crossline, Kenny was the Pastor of Men at Saddleback Church under Pastor Rick Warren. “Pastor Rick at that time didn’t have a men’s pastor. I just was a seminary trained, missionary, former missionary and volunteer [who] simply raised his hand. … Then it just went from two tables of 8 men to 53 tables of 800 men in a very short span of time. It revealed the depth of need and hunger in the men to have a space where they could own their identity in Christ and change.” Kenny said the experience was transforming. “The impact on wives, children, families, communities and workplaces was tangible and felt. I would get so many emails from wives. I learned that one transformed man in Christ can transform many things.”

In 2000, Kenny left his job as the CEO of his healthcare company and stepped out in faith to serve God and “activate spirit-empowered communities of men.” Kenny formed his organization, Every Man Ministries. His mission for 20 years has been to — based on the model of Jesus’ disciples — plant movements of Spirit-empowered men that change entire cities.

“Male strength is a great thing for our culture when compassion and character are guiding it for the sake of others,” Kenny said in a statement. “More than at any time in history, the world is craving men who are dangerous with goodness versus just dangerous or ‘toxic’. The power of a movement like ‘Dangerous Good’ is that it speaks God’s truth about manhood to all men everywhere. When they take hold of their identities as Spirit-empowered leaders, that propels an exponential effect around the world.”

The Dangerous Good conference is a one-day event for men, based on Kenny’s 2018 book, Dangerous Good: The Coming Revolution of Men Who Care. The conference has “the top global worship ministers leading the men combined with prophetic exertion from God’s Word.”

Men can expect to experience the effects of the conference long after it is over. Men are encouraged to form groups that will meet the following week. They can then go through the Dangerous Good five-week series together. “And then they’ll start that connection process through their identity in Christ, in a community with other men.” In week six, the groups will go out together to serve in their cities, “to be dangerous with goodness in the Spirit of Christ.”

Because men from Southern California have sponsored the event, the conference is free to attend, but men need to register right away because of limited seating. The worship team will include Brandon Lake of Bethel and Maverick City ensembles, Mack Brock from Elevation Worship, Chris Quilala of Jesus Culture, Chris Davenport from Hillsong, and a surprise guest. A live worship album for men from this conference will also be available before the end of the year. The conference starts at 3:30 p.m. and ends at 9:30 p.m. CST. Men can register at everymanministries.com.

“Our mission and goal are simple: to create a space for an outpouring of the Holy Spirit in the hearts of men,” said Kenny. “And then I hope for an expression of that outpouring in the spaces and places where God has placed those same men in cities — where they live, where they work, where they pray and where they play.” The result? A witness of God’s Kingdom rule and authority that points to Christ and millions coming to faith as a consequence.”

The Life-Renewing Power in Biblical Repentance

God’s Goal Isn’t to Make Us Happy. It Shouldn’t Be Ours Either