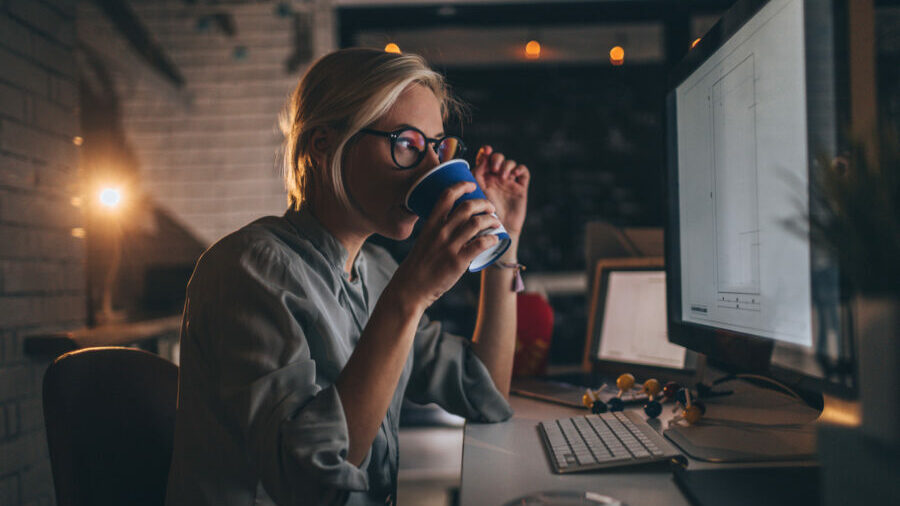 When putting together Monday’s Morning Brew, turns out we had a lot of Brews having to do with Joe Biden. What with all else that’s going on, we figured we’d separate Joe out … and give the president his own special evening blend today.

“Does the president believe that a 15-week-old unborn baby is a human being?” Jen Psaki was asked Monday. To which she replied, “Are you asking me if the president supports a woman’s right to choose? He does.”

That, of course, was not what the reporter was asking. Psaki might as well have said, “Are you asking me if the president likes ham sandwiches?”

Perhaps she would “understand” the question if put, “Does the president believe that a 15-week-old unborn baby a woman is choosing to kill is a human being?”

The question came in the wake of the U.S. Conference of Catholic Bishops voting to draft a formal document on whether a Catholic who promotes abortion can receive communion.

When asked about that, Psaki said, “Joe Biden is a strong man of faith.” Takes strength to fight 2,000 years of church teaching. “The president’s faith is personal. It’s something that has helped guide him through some challenging moments in his life. And that’s how many Americans see their faith as well, not through a political prism.”

Except, of course, his views have changed with the Democratic political winds.

Psaki also declared the Biden Administration has the highest ethical standard of any administration in history.

Not according to Barack Obama’s top ethics official.

So it seems the Biden Administration has been filling the ranks with former Biden aides and their kids. This has Walter Shaub, Obama’s director of the Office of Government Ethics, apoplectic. “I’m disgusted,” he said in an epic Twitter rant. “A lot of us worked hard to tee him up to restore ethics in government and believed the promises. This is a real ‘f- you’ to us — and government ethics.”

The Daily Wire has the details. However, what is so amusing is the guy believed Joe Biden when it came to ethics and nepotism. Where’s he been for 50 years as Biden Inc scored hundreds of millions of dollars thanks to Joe’s government positions?  The name Hunter Biden doesn’t mean anything?

Believing Biden when it comes to government corruption and nepotism is like trusting me with an apple pie. I will take the biggest slice I can. And make sure my wife gets one. And my siblings, if I can. And another for myself.

It’d be impolite to argue.

White House physician-turned-congressman Dr. Ronny Jackson has sent a letter to Joe Biden requesting he “immediately” take a cognitive test and release the results to the public. (If you remember, Democrats pushed for Donald Trump to take a cognitive test — and in 2017 the likes of FBI Acting Director Andrew McCabe and DOJ Deputy AG Rod Rosenstein were conspiring to use the 25th Amendment against Trump after he dumped James Comey.)

Dr. Jackson cites an ever lengthening string of staggering mental mishaps and the need for the American people to know if their president is up for the job. “Unfortunately, your mental decline and forgetfulness have become more apparent over the past 18 months,” he wrote. Thirteen other House Republicans joined the letter

Dr. Jackson, who served as White House physician for both Barack Obama and Donald Trump — and would have a better clue than most how much Biden’s lost off his fastball — think’s Biden isn’t up to the task.

Here’s a curious bit: Jackson cc’d Anthony Fauci on the letter. Cognitive decline is not Dr. Fauci’s field. Now, if Jackson wanted to know how to boost his media appearances, Fauci’s your guy. So, is this a political stunt to get someone to ask him about Biden’s mental condition?

In case you missed it, 56 House Republicans have called on Joe Biden to fire Kamala Harris from her role overseeing the border crisis. Tuesday will mark 90 days since Biden named Harris and she has yet to go to the border, the crisis has gotten worse, and even her trip to talk to Latin American leaders turned into a fiasco.

The @VP STILL hasn't visited the border. You can't truly know the situation until you speak with people on the ground. I and 55 of my colleagues sent this letter to @POTUS demanding her removal from this position because 180k encounters, a 21-year high, is unacceptable. pic.twitter.com/PJE0RpgTaV

Her staff, as we’ve reported, was miffed the assignment was dumped on her anyway. And there’s zero reason for leaders or migrants to pay attention to what she’s saying anyway. Just days after Harris implored Central American would-be illegal immigrants “Don’t come!,” Axios is reporting the White House plans on ending migrant family expulsions by July 31.

The first step to solving the border crisis is getting the White House to admit there is a border.

Al Perrotta is the Managing Editor of The Stream and co-author, with John Zmirak, of The Politically Incorrect Guide to Immigration. You can follow him at @Streaming Al at Gab and Parler.