Donald Trump supporters — at least those quoted by Byron York — offered a simple reason for their guy’s defeat in Iowa:

“It was the evangelicals,” said Dick Stoffer of West Des Moines. “They’ve done it before — they did it four years before with Santorum, they did it with Huckabee before that.”

“The evangelicals,” said Carol Anne Tracy of West Des Moines. “We’ve got a lot of evangelicals, and I just don’t think they felt that [Trump] praised God enough.”

“It’s happened before — the guy with the biggest Bible wins Iowa,” said Ken Crow, a Tea Party activist from Winterset.

Are they right? What role did evangelical Christians play in last night’s results? Let’s look at some numbers.

It’s also worth noting that 42% listed “shares my values” as their “Top Candidate Quality.” For those voters, Cruz, Rubio and Carson ranked highest, with Trump far behind. That suggests that without the Carson factor, Rubio would likely have beaten Trump. 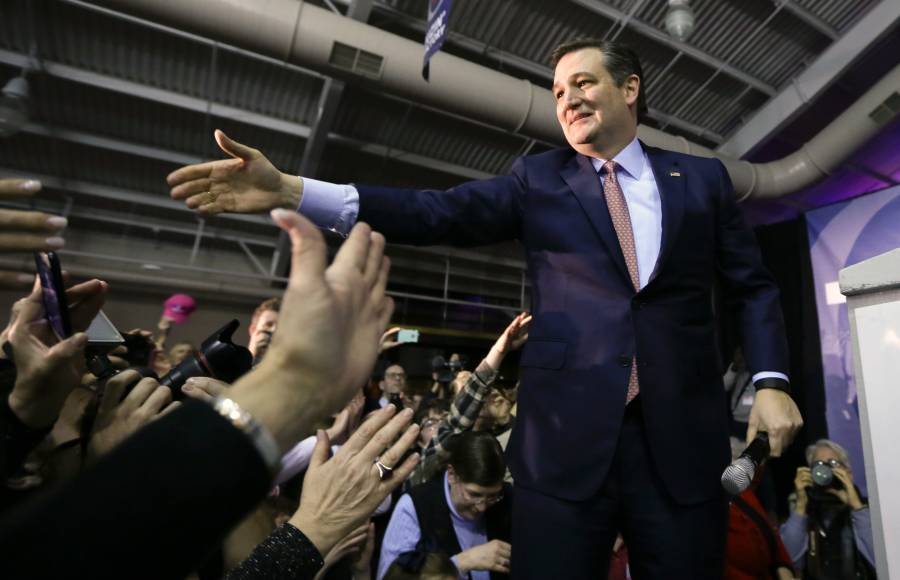 Ted Cruz, the son of a preacher, had worked tirelessly to court the evangelical vote in Iowa. Reason‘s Nick Gillespie is suggesting today that Cruz’s evangelical pitch may have worked in Iowa, but won’t work in a national election. Not so, counters Cruz. Part of his overall strategy is to draw in the millions of evangelicals who’ve spent recent elections on the sidelines. He predicts if 10 million more evangelical Christians show up at the polls in November, “They’ll call the election at 8:35 p.m.” The strategy may well be working already. Conventional wisdom had been a high turnout would benefit Trump. However, as NPR reports, “according to entrance polls, 45 percent of GOP voters said this was their first caucus, and of those, 30 percent voted for Trump. But an even larger chunk ended up splitting between Cruz (23 percent) and Rubio (22 percent).”

Marco Rubio, especially in recent weeks, has also been stressing his faith (what some might term evangelical Catholic), and the importance of the Christian faith generally. So it’s significant that Rubio did almost as well among evangelicals as he did generally — just a two-point difference. A key moment may have been last Thursday. National Review‘s David French credited Rubio’s surge to that “profound moment” the candidate took on an atheist at an Iowa townhall. “It was not just a defense of faith,” French wrote, “but a declaration that the Christian faith champions the virtues vital to our nation.” Rubio’s response went viral. It’s worth a re-look:

Donald Trump fought an uphill battle to garner evangelical support. He won the endorsement of Liberty University President Jerry Falwell, Jr., among other evangelical leaders. Even Monday morning, Trump was boasting of the “love” evangelicals have for him and that “evangelicals really do get me.” For all the talk today of Trump “underperforming, big time” in Iowa, consider this:  It is no small thing that a thrice-married, recently Democrat, recently abortion-supporting New Yorker who accidentally put money in a communion plate and called a certain epistle “Two Corinthians” earned 22 percent of the evangelical vote. A year ago, one would have considered that a miracle.

And given the bluster, bravado and blistering words we’ve come to expect from the billionaire, his concession speech also suggested a touch of divine intervention. Even the Huffington Post and Washington Post called it “surprising.” “We finished second,” he said, “and I want to tell you something: I’m just honored. I’m really honored.” He congratulated Cruz and “all the incredible candidates, including Mike Huckabee, who has become a really good friend of mine.” He expressed his love of Iowa, even suggesting “I think I might come here and buy a farm.” (Donald and Melania as farmers? Who wouldn’t watch that reality show?)