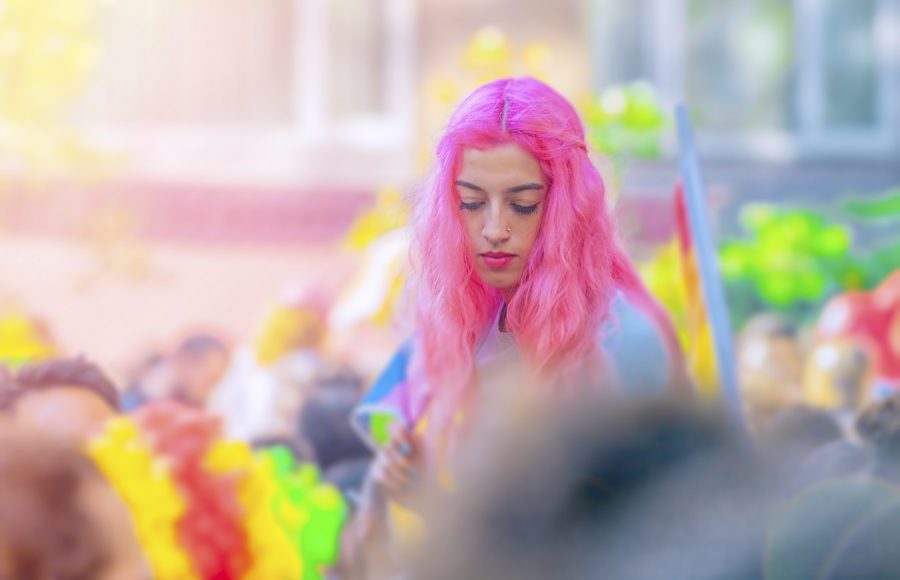 If your daughter, sister, mother or friend “identified” as a fat person trapped in a perilously emaciated body — if she truly believed she was obese, but, in reality, suffered from anorexia — would you affirm her “fatness” and get her liposuction, or would you go to the ends of the earth to help her bring her subjective (and mistaken) identity into alignment with objective reality? When someone is engaged in demonstrably self-destructive behavior, it is not loving, but hateful, to encourage persistence.

It was, ironically, lesbian activist and writer Dorothy Allison who once wrote, “Things come apart so easily when they have been held together with lies.” In validation of this truism, a series of new peer-reviewed studies have just been released that serve to utterly debunk and deconstruct key “progressive” homosexual-activist talking points.

‘Sexuality and Gender: Findings from the Biological, Psychological, and Social Sciences’

This study, conducted by world renowned Johns Hopkins University scientists Dr. Lawrence S. Mayer and Dr. Paul R. McHugh, is a meta-analysis of data from over 200 peer-reviewed (and left-leaning) studies regarding “sexual orientation” and “gender identity.” It was published in the fall 2016 edition of The New Atlantis journal and is, far and away, the most objective, exhaustive and comprehensive study on the topic to date.

The research established, among other things:

Lest you buy the left wing talking point that so-called “homophobia” leads to high rates of suicide and other devastating consequences of the “LGBT” lifestyle, a recent study from “gay”-affirming Sweden dispels this myth. The research, published in the May issue of the European Journal of Epidemiology, found that people entering into a “gay marriage” were, as mirrored above, nearly three times as likely to commit suicide than their heterosexual counterparts.

Meanwhile, the CDC, no bastion of conservatism, just released this month a report establishing and detailing the devastating effects of “LGBT” identity and behaviors on teens “grades 9-12.”

Writing at WND, child advocate Linda Harvey expressed frustration that, despite its solid conclusions, the CDC yet insists upon using such propagandist terms as “sexual minorities” to describe same-sex-attracted teens. She notes that “these adolescents no more qualify as ‘minorities’ than kids who eat junk food,” and cuts through the smokescreen to summarize the report’s findings:

“Self-labeled homosexual and bisexual teens were twice as likely as heterosexual teens to have been victims of sexual or physical dating violence, to be regular cigarette smokers, to have tried marijuana before age 13, to ever have used cocaine, hallucinogenic drugs, ecstasy, taken prescription drugs without a doctor’s prescription, or to have felt sad or hopeless.

“They were more likely to be current marijuana users than heterosexual students, more likely to drink alcohol, and over four times as likely to have used methamphetamines or heroin.

“They were four times as likely to actually attempt suicide.

“They are more than twice as likely to have had sexual intercourse before age 13.” Can we just have a heart and ask: with whom? Were these adult ‘partners’ (aka molesters)?

Considering the above non-biased, replicated scientific facts, it’s little wonder that an earlier study in the International Journal of Epidemiology (IJE) determined the “life expectancy at age 20 years for gay and bisexual men is 8 to 20 years less than for all men.”

You think me callous. You think I hate. I’m not and I do not. Truth is hate to those who hate truth. I love self-identified “LGBT” individuals with a love beyond my own power to summon. I love them because Christ first loved me. I love them because, like them, I am a sinner in need of a Savior. They are under deception. The enemy of man is the father of lies, and he prowls like a lion seeking to both deceive and devour us all.

I know what it’s like to have someone close to me struggle with same-sex attraction and adopt an aberrant sexual identity. I have a dear family member wasting away with AIDS at this very moment. While I love him, I also understand that if I were to affirm his lifestyle and offer well-intentioned yet dangerously misguided “compassion,” I would be hurting him, not helping him.

If you truly love someone, you should never, ever encourage that person in a demonstrably destructive and subjective “gay,” “lesbian,” “bisexual” or “transgender” identity. Love them unconditionally, but encourage them to find freedom from it.

Because, whether spiritual, physical, or both, it may be the difference between life and death.

Matt Barber is founder and editor-in chief of BarbWire.com. He is author of Hating Jesus: The American Left’s War on Christianity, a columnist, a cultural analyst and an attorney concentrating in constitutional law. Having retired as an undefeated heavyweight professional boxer, Matt has taken his fight from the ring to the culture war. (Follow Matt on Twitter: @jmattbarber).