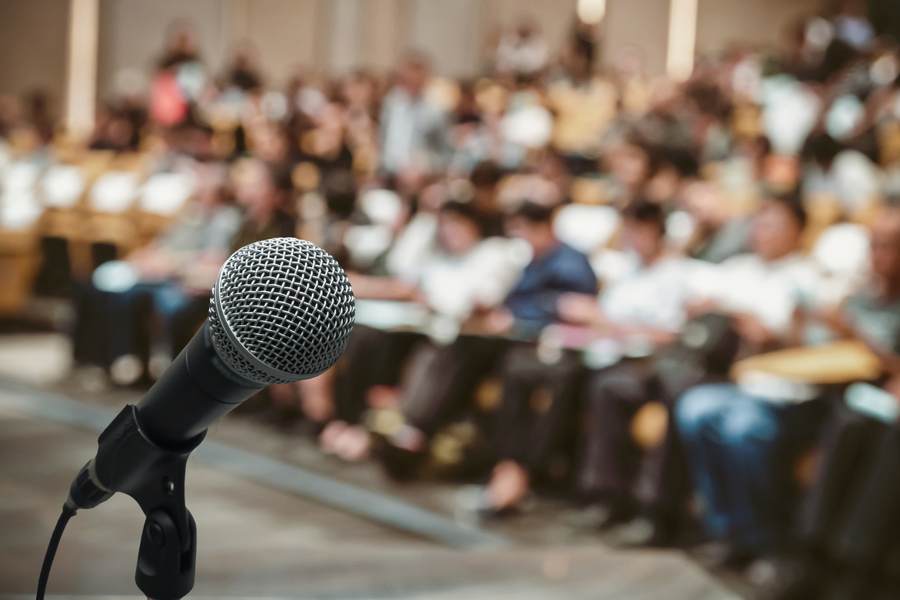 You don’t want your local schools teaching critical race theory. Why not? It’s because you’re “ignorant.” “Racist,” too. So say a lot of CRT supporters, anyway.

They have no idea what critical race theory is, what it does, who the founders are. They’ve never read a book, much less a paragraph on it. I understand that maybe some white people are uncomfortable. Well, d*****t, when Black people were being lynched, they sure as h*** weren’t comfortable. Native Americans being removed from their land and Mexican Americans being shot to death in the middle of the night, that s*** wasn’t comfortable either.

That’s from Texas state board of education member Georgina Perez. Don’t you just love it when a person comes right out and tells you how much she loves you?

I get her anger, especially toward people who haven’t bothered to learn what they’re talking about, or those who really do harbor racist attitudes. But some of us actually do have a good idea what critical race theory is. Perez may be surprised to hear this, but I’ve even read a paragraph on it!

Gaslighting You on What CRT is About

I’ve read enough to know that much of what they’re saying is just gaslighting. Kiera Alfonso’s ABC News article on CRT in the schools is a good example, telling us in so many words that if you oppose CRT in the classroom, you don’t want your kids even talking about race. She quotes Kimberlé Crenshaw, famous for coining the term “intersectionality,” saying,

Not talking about [racial disparities] is simply a way of just naturalizing them, normalizing them and allowing these patterns to continue over and over again. There has been a deep insecurity that politicians have weaponized from the beginning of our republic to convince those who are willing to listen that more racial justice means less for them.

The words “talk” or “talking” show up eight times in this article. And it’s absolutely misleading. CRT isn’t just “talking about” racial disparities, and disagreement isn’t necessarily about “insecurity.”

From the Crits’ Own Sources

But I’m getting ahead of myself. I have a secret to spill: I’ve actually read more than a paragraph. I’ve even read a book! (Poor Georgina Perez. How will she handle the shock?) I’ve read more than one. Enough to know gaslighting when I see it.

It could be that you understand CRT and its dangers better than the crits do.

Take one of the standard pro-CRT sources: Understanding Critical Race Theory: An Introduction (3rd ed.) by CRT leaders Richard Delgado and Jean Stefancic. This book is no manifesto, mind you. It’s really quite staid and academic; just an explanatory intro to CRT and the law.

Written in 2017, it seems almost dated now, saying nothing about being “woke,” nothing about the riots of 2020, and surprisingly little about “white privilege.” In other words, I didn’t pick the hottest possible target to aim at here.

It’s About Trashing the System

Yet the authors tell us, ever so calmly,

The critical race theory (CRT) movement is a collection of activists and scholars engaged in studying and transforming the relationship between race, racism, and power. … Unlike traditional civil rights discourse, which stresses incrementalism and step-by-step progress, critical race theory questions the very foundations of the liberal order, including equality theory, legal reasoning, Enlightenment rationalism, and neutral principles of constitutional law.

Or in other words, they want to trash the current legal system and start all over again.

“Radical measures are in order,” they say, “when we are tackling a structure as deeply embedded as race.” They don’t say how radical, but we have the summer of 2020 to fill that in for us. Maybe they didn’t intend “radical” to include burning cities, but if so, they sure failed to inform their readers — or should I say followers? It is a “movement,” after all — of that fact.

Marxism and Postmodernism: Roots That Produce the Fruit

Delgado and Stefancic are coy about CRT’s roots, giving only passing mentions to Karl Marx or the postmodernists Derrida and Foucault. The roots produce the fruit, though. Marxism and postmodernism both deny the existence of God, and postmodernism also denies objective truth, teaching that truth claims are mere power maneuvers instead.

Power. If there’s one word or set of phrases that summarizes Delgado and Stefancic’s introduction to CRT, that’s the one. CRT is all about power maneuvers, power, clashes, power differences, power conflicts, balance of power.

Without truth to guide them, though, power clashes are always deadly. We’ve seen this before, where power combines with atheism and a materialistic view of human nature. Communist Marxism showed us what happens to when truth is cast aside, and power rules instead. CRT has nothing better to offer.

Cogs in a Power-Seeking System

I’ll grant that it offers some interesting theoretical tools for studying differences in human circumstances. At the same time, though, it reduces humanity itself to near nothing. We’re strictly material beings, all just cogs in a power-seeking system.

“Crits” (critical race theorists, per the authors) decry that system as “institutional racism.” But CRT’s vision of material, power-seeking reality guarantees that if systemic racism were erased, some other systemic oppression would take its place. The powerful would still be powerful, and still do their level best to stay that way.

So CRT’s best hope is for a future in which someone else is oppressed by someone else’s power. I don’t know if that’s what Delgado and Stefancic or other crits want. I do know it’s what they’re going to get. Their view on truth, power, and human nature absolutely guarantees it.

Oppose CRT? Maybe It’s Because You Understand It

So if you oppose CRT in the schools, it might not be from ignorance on your part, and it certainly need not be racism. You might instead believe humans are more than just material cogs in a system. You don’t have to be a white supremacist to oppose CRT; you might instead be someone who doesn’t want our Constitution torn up and our cities burned down.

It could even be that you understand CRT and its dangers better than the crits do.