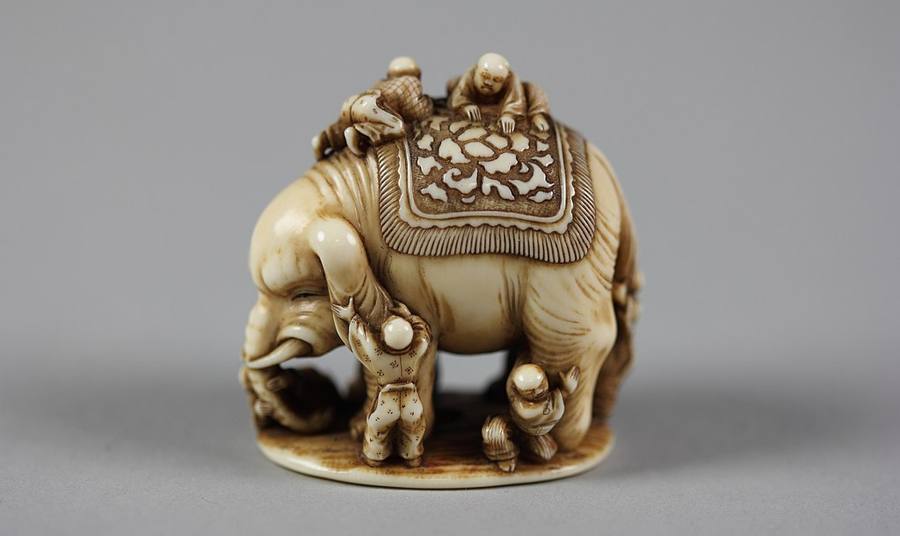 Skeptics tell the old Indian folk tale, “The Elephant and the Blind Man” as a parable to explain why “no one religion could be the true religion.” It sounds wise. It sounds like real humility. The truth is that it is neither. Watch what happens when we think it through.

The story goes like this. Some blind men encounter an elephant, and each one tries to tell what it is. One runs into the elephant’s trunk and says, “It’s a large and powerful snake!” Another finds the elephant’s leg and says, “No, it’s a tree, firmly planted.” The third feels the animal’s side and says, “How could you possibly think that? We’ve run into a wall!” A fourth feels the sharp, strong tusk and warns the others, “Look out! It has a spear!”

One online version has six blind men and (forgive me) possibly a blind editor as well. He or she commented at the top, “Their collective wisdom leads to the truth.” No, it doesn’t. The story there ends the same way it always does: “Then the elephant moved on, and the six blind men sat by the roadside all day, and quarreled about him. Each believed that he knew just how the animal looked; and each called the others hard names because they did not agree with him.”

Touching Only Part of the Truth

And this is supposedly how religion is. Everyone encounters Him differently, and everyone thinks his own encounter is the whole story. Before long we have all these different religions with different “truths” about God.

But God is great, and we are blind. God is huge, and we can touch nothing but the tiniest piece of Him. Or as John Godfrey Saxe ended a poem on the parable,

So, oft in theologic wars
The disputants, I ween,
Rail on in utter ignorance
Of what each other mean,  And prate about an Elephant Not one of them has seen!

We may be idiots about God, but how does that mean God must be an idiot about us?

And they’re all proud, and they’re all foolish. We wouldn’t want to be like that, would we? Therefore each of us should accept in all humility that no one religion knows enough about God to be the true religion. Right?

Wrong. The parable itself is proud and foolish. Like the blind men, it touches only part of the truth. “People are idiots about God,” it says; but the “God” in this story is an elephant! Elephants may be some of the smarter mammals out there, but they’re not God, and they’re not even much help to blind people. That poor elephant doesn’t know they’re getting it all wrong. It doesn’t care, and it couldn’t explain the truth even if it wanted to.

He Who Created the Mouth, Can He Not Speak?

So the parable only works if God is like an elephant: bestial and mute. Who decided that for Him? We may be idiots about God, but how does that mean God must be an idiot about us? Psalm 94:9 says, “He who planted the ear, does He not hear? He who formed the eye, does He not see?” We could as easily ask, “He who created the mouth, can He not speak?”

Some will object, “But God is still too great. Man could never know Him as He is.” True. I expect part of heaven’s eternal joy will our forever learning more of God than we knew before, and that eternity itself will not be long enough to know Him for all that He is.

But is God so small and incompetent, He cannot communicate enough of Himself to us? Enough so that we can follow Him? Enough to know some truth, and to be able to tell that much of the truth from error — even if we can’t know the whole truth? 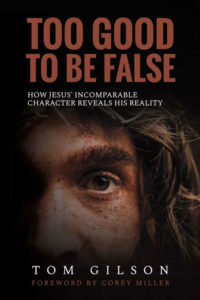 The people who pull out this parable act as if they have such a large, expansive view of God, far beyond all human understanding. In reality they’re picturing a pitifully small god (with a small g!) that’s stuck itself with a problem it doesn’t know how to solve. “Nuts!” it says. “Here I’ve gone and created all these people, and they don’t know who or what I am, and for the life of me I can’t figure out how to tell them!”

So while I can communicate with you, and you can quite easily speak and be understood, his poor god is smaller than either of us: It can’t get a message across to anyone. If a god like that existed, it should worship us! But no; perish the thought. I only speak it to help us truly feel how foolish this parable is, a great example of how wrong we can go when, in our pride, we try centering religion on ourselves instead of God.

Christmas Itself Tells Us God Loves to Reveal Himself

The true God says otherwise. Indeed, Christmas says otherwise: “And the Word became flesh and dwelt among us, and we have seen His glory, glory as of the only Son from the Father, full of grace and truth. … No one has ever seen God; the only God, who is at the Father’s side, he has made Him known” (John 1:14, 18).

God loves to reveal Himself, and has done so for ages through His people and through His Word, but it is Jesus who reveals his incomparable character most fully:

God, who at various times and in various ways spoke in times past to the fathers by the prophets, has in these last days spoken to us by His Son, whom He appointed heir of all things, through whom also He made the worlds … being the brightness of His glory and the express image of His person. (Heb. 1:1-2).

So the short answer is, first: God is not an elephant. Nor even remotely analogous. Was that not obvious? How did this nonsense ever get past anyone’s brain filters?

Second, though we’re too small and sinful to search out God, that’s only our limitation, not His. He calls to us. If we listen we can begin to know Him. Not fully, for that will take longer than forever, but truly. So let us not be like the blind men. Let’s open our eyes and ears. There is one true religion, the one that God Himself has given us, centered on His Son, revealed through His Son.

The Morning Brew Christmas Special, Part One: A Child is Born, But When?