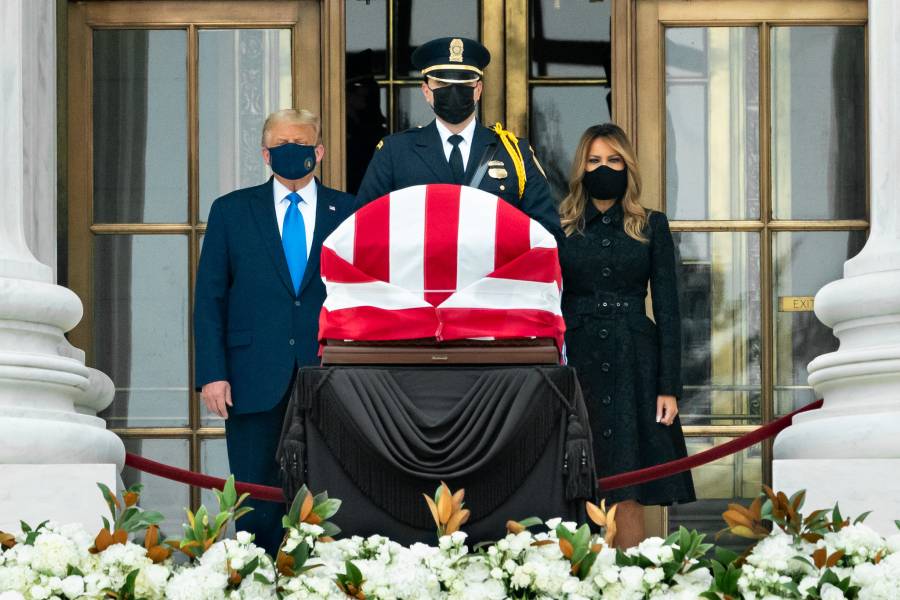 Biden said Wednesday he was going to start intense debate prep Thursday, so that could be one excuse. However that makes 9 days already this month his campaign has called it quits before noon. Must really be hooked into those afternoon soaps.

Today’s big hubbub is over a comment made by President Trump Wednesday. When asked if he could guarantee a peaceful transfer of power, Trump remarked “we’ll see.” Then went into his familiar — and legitimate – rant against universal mail in ballots.

So of course the media and democrats and Republican swamp creatures are in a tizzy. “How dare he not guarantee a peaceful transition! Danger! Dictator Alert.”

Before you buy into it, please remember the First Law of Snake News. Whatever has the media hyperventilating about Trump today will eventually be disproven … usually within 24 hours.

And here’s the truth in this situation:

Now you’ve got this shocking news, from the U.S. Attorney out of Scranton, in the swing state of Pennsylvania. Military ballots supporting Trump were simply tossed aside.

At this point we can confirm that a small number of military ballots were discarded. Investigators have recovered nine ballots at this time. Some of those ballots can be attributed to specific voters and some cannot. All nine ballots were cast for presidential candidate Donald Trump.”

It’d be derelict for President Trump to agree he’ll walk away if the vote is corrupted. Yes, he should have said, “in a legitimate election, sure, it’ll be a peaceful transition. I’ll give Biden what Obama didn’t give me.” But Trump’s shorthand is, “We’ll see.” In fact, today he assured the nation that there’d be a peaceful transfer of power if he loses or the Supreme Court rules against him.

Of Course Trump Would Leave

What is illogical is this baffling idea that if Biden wins a fair election Trump wouldn’t be happy to leave.

As someone pointed out on Twitter this morning, “Has Joe Biden been asked if HE’D accept the results if he lost?” Maybe they’re worried the answer will be “Lost what?”

The Debate: What Joe Cannot Do

The first presidential debate is five days away, and as I said, Joe is now working on intense debate prep. One thing he’s being told is, don’t do this.

Joe was asked Wednesday by Axios about his son’s business dealings in the wake of the Senate’s devastating report on Hunter Biden’s dubious foreign dealings. Here’s what happened.

This interview is a disaster for Joe Biden.pic.twitter.com/oxqfWVRLgM

Did you count the problems there? Defensive, put out by an obvious question. If it came out today your kid was cavorting with eastern European hookers with ties to human trafficking, wouldn’t you expect it to come up?

Also, his statement “I trust my son.” On one hand, a nice sentiment. He’s defending his wayward son. On the other hand, yesterday’s Senate report showed Biden and his staff were warned by the State Department. Hunter cashing in with the corrupt Burisma is bad news. Biden ignored the concerns.

If you had a third hand, we’re talking about Hunter Biden.

But I digress. The big issue with Joe’s answer is, once again, he’s getting agitated and angry at a legitimate question. That’s not good.

It goes against his brand. It’s one thing to get mad if you’ve spent the past 50 years as John McEnroe. Or even John McCain. But Joe was legitimately considered a nice, warm guy. That guy’s gone. And if you’re in a debate, and Donald Trump is the nicest person on stage, you’ve got a problem.

Which gets to the final point here. If Joe tries to flip questions about Hunter into an attack on Trump’s kids in the debate, Trump will level him. You know Trump will go there. He will go to the knocked up stripper. The drug busts. The running off with his brother’s widow. “You trusted that guy?”

At best, he’ll sound like Michael Douglas in The American President. “You want a character debate, Joe. You better stick with me, because Ivanka Trump is way out of your league.”

Heckled by Political Demons While Paying Respects to RGB

The President and First Lady went to pay their respects to Ruth Bader Ginsburg this morning at the Supreme Court. Respect is not a word the left understands. Protesters end up chanting “Vote him out!” and “honor her wish.” Her wish would be that you didn’t act like morons. That’d be her wish.

However, that’s not what I want you to listen for in the clip. What are you first hearing?

President Trump went to pay his respects to Ruth Bader Ginsburg and Leftists threw a tantrum.

Isn’t that the movie soundtrack of hell?

It’s a good reminder we’re not in just a political battle. We’re in a spiritual battle. That’s not the sound of protesters. That’s the sound of principalities and powers. Which is why intercession is going to be as crucial as information … if not more so … the next 40 days. And beyond …