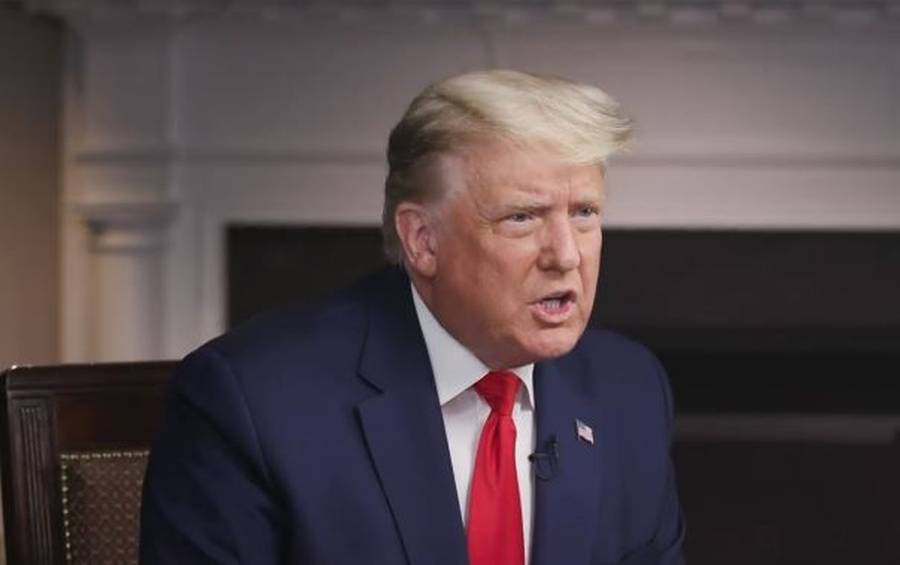 Today’s been a new low for the old media. NPR openly exposed itself while Donald Trump exposed 60 Minutes.

No need to wonder why NPR hasn’t been covering the growing Joe and Hunter Biden scandals. They don’t think you, the people who pay much of their salary, should know about it. They think it’s not a “real story.” They want you to believe the assorted allegations are “pure distractions.”

Here is the shocking tweet, from Terence Samuels, NPR’s Managing Editor for News on the NY Post Hunter Biden story.

Why haven't you seen any stories from NPR about the NY Post's Hunter Biden story? Read more in this week's newsletter➡️ https://t.co/CJesPgmGvo pic.twitter.com/jAi7PnpbZf

This snotty declaration by NPR is an embarrassment. A disgrace. A jaw-dropping display of arrogance. A massive in-kind donation to the Biden campaign, paid for by you and me.

And it is utterly beyond belief. How in the world is it not relevant that the former VP might have been pocketing millions from the Chinese government? How is it not relevant that Joe Biden apparently met with a Burisma executive, thanks to his son, who was being paid $83,000 a month just for such access? I mean, we only had to endure months of an impeachment fiasco over President Trump asking Ukraine’s president about it. An impeachment fiasco that distracted Congress from the impending COVID pandemic.

How is it not imperative 12 days out from an election to know whether the man currently leading in the polls is owned and operated by China; or at least so thoroughly compromised as to be a national security risk.

“Just a distraction,” they say. From what?

I am the Managing Editor of The Stream. Publisher James Robison is a man of God, a man of peace. Still, I can assure you, if I ever tweeted something like this about a story as crucial as the Biden Family corruption scandal, he would boot me through the nearest window, down route 157 and through the roof of AT&T Stadium.

If there were a real, legitimate story that exposed dirty dealings on President Trump’s part, we’d report that too. Because we’re honest, as the MSM are not.

Of Course NPR Isn’t the Only One

Of course, NPR isn’t the only one. The mainstream media has been sweating buckets to avoid addressing the substantial evidence and stunning allegations. They have sat back and watched the nation’s oldest newspaper, Alexander Hamilton’s New York Post get censored, then locked out of Twitter. The only time MSM venues have talked at length about Hunter’s laptop is to sell the absolutely silly story that somehow this is a “Russian disinformation” operation.

It is more plausible that Hunter’s laptop was left at the computer repair shop by two body-building Nigerian MAGA hat guys at 1 a.m on a sub-zero night than this had anything to do with Putin. Congratulations, Jussie Smollett, you no longer have the top spot in “World’s Most Ridiculous Hoax.”

Then there is CBS News.

President Trump did an interview with Leslie Stahl of 60 Minutes for a pre-election episode with the candidates. Stahl was so over-the-top partisan, so astonishingly ridiculous, so ignorant, Trump decided to release footage of the entire interview. Brilliant move.

Look at the bias, hatred and rudeness on behalf of 60 Minutes and CBS. Tonight’s anchor, Kristen Welker, is far worse! #MAGA https://t.co/ETDJzMQg8X

Among the lowlights: Stahl repeatedly insists there should be no reporting on the Hunter Biden laptop because the info “can’t be verified.” Huh? Neither Joe Biden, nor Hunter Biden, nor the Biden campaign, nor any of the people involved in the email chains has denied their veracity. In fact, before Stahl did the interview, a source had confirmed the emails involving him were legit. And now, as we reported this morning, a key business partner of the Biden’s involved in the emails has gone on the record.

This exchange is extraordinary.

TRUMP: "What can't be verified?"

STAHL: "Because it can't be verified."

TRUMP: "The family, on the laptop — He's gone into hiding for five days."

Think of it. A correspondent on the legendary 60 Minutes, the news show that made its bones by digging around and exposing corruption, is claiming there’s no way to verify information found on a laptop. And she thinks its perfectly normal for a presidential candidate, two weeks from an election, to hide away from the public all week. Morley Safer and Mike Wallace would be rolling in their graves. This is one pathetic moment for 60 Minutes. But it gets crazier.

Stahl repeated denies the fact that the Trump campaign was spied on. Thousands of pages of declassified documents and hours of sworn testimony have proven this beyond all shadow of a doubt. The only question is whether there was any predicate for the spying; the FISA’s, the electronic surveillance, the sending in of informants like Stefan Halper to dig up dirt, the using of FBI briefings to gather intelligence on Trump (etc., etc., etc.). Yet, Stahl denies Trump was spied on.

Wow. 60 minutes Leslie Stahl is trying to gaslight @realDonaldTrump saying there’s no evidence that he was spied on and they can’t verify it – this despite thousands of pages of declassified documents to the contrary. pic.twitter.com/EFgrVZphfA

“You have discredited yourself,” Trump would say. “I don’t have to discredit you.”

Trump challenges Stahl: “Do you think it’s OK for the mayor of Moscow’s wife to give him millions.”

Stahl says, there’s “no real evidence of that.”

Yet the evidence is in the Senate Report on Biden Family corruption. The $3.5 million wire transfer was reported by the Treasury department. Oh, and Stahl kept trying to reference the very report that revealed it.

She repeatedly cited the Senate GOP Report on Biden corruption@realDonaldTrump: “Do you think it’s OK for the mayor of Moscow’s wife to give him millions?”

Lesley falsely says “no real evidence of that”

It’s in the VERY report she cites! pic.twitter.com/YRWceHgXVq

She must have been coached to declare every statement by the president as “unverified.” She also claimed Trump’s statement that Joe’s brother profited from a $1.5 billion contract in Iraq was “not verified.” Uh. It’s public record that he got the contract. Despite no construction experience. While Joe was in charge of Iraq rebuilding.

In the End, The Truth Will Win Out

The media can try and censor the Biden Scandal, but their wall of protection around Joe Biden will collapse eventually. (As Hollywood’s protection of Harvey Weinstein and Bill Cosby eventually collapsed.)

Speaking of Hollywood, I’m remembering a line from Oliver Stone’s classic film JFK. A Deep State source is urging the New Orleans D.A. investigating the assassination not to give up. “Keep pushing,” he tells Kevin Costner’s character, “Remember, fundamentally, people are suckers for the truth.”

As Proverbs says, “Truthful lips endure forever, but a lying tongue is but for a moment.” Okay, well, maybe 60 minutes.