Ecology in the Paranoid Style 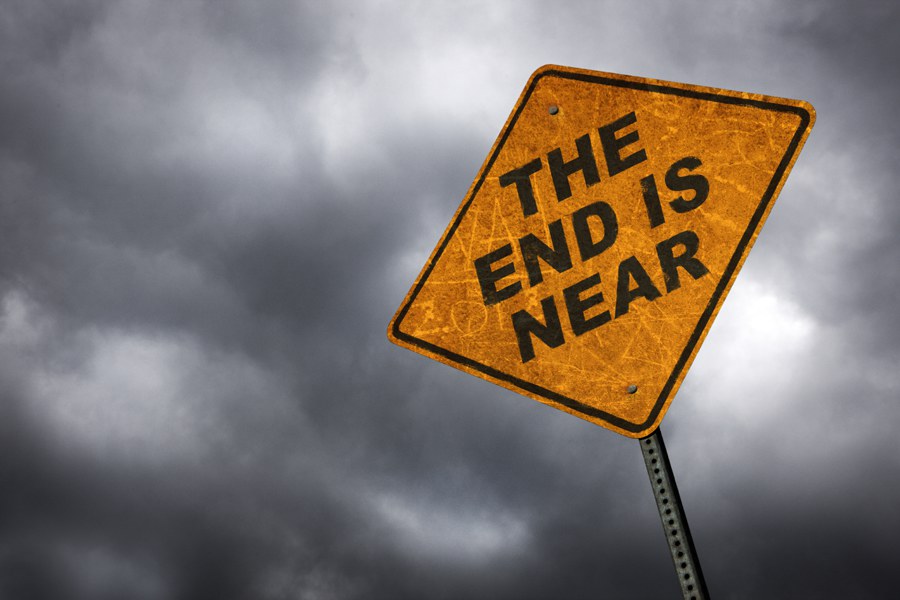 The leading lights of the left have told the unwashed masses for decades that American politics is out-of-control, and it’s all their fault. As a nation, we practice “Politics in the paranoid style,” as leftist historian Richard Hofstadter famously wrote in a 1964 Harper’s essay. America is sadly subject to “a highly organized, vocal, active, and well-financed minority” that threatens to create a paranoid climate “in which the rational pursuit of our well-being and safety would become impossible.”

We can’t have nice things, Hofstadter essentially said, because the country bumpkins like their guns and religion, and they have the temerity to think they can keep them. They’re highly organized, for crying out loud.

This was a highly influential essay. But here’s the strange truth: nobody’s more paranoid than the secular left. Consider “Here’s Why China’s One-Child Policy Was a Good Thing,” a recent Boston Globe essay by Bowdoin College professor Sarah Conly. (I was a student at Bowdoin from 1999 to 2003.) Conly made prior headlines when she argued that our society needs a great deal more “coercive paternalism.” In her Globe essay, she argues in a similarly cheery tone that overpopulation

will bring about environmental disaster. We can see the damage that is already being done by our present population of “just” 7.3 billion. We all know about climate change. … But it’s also soil depletion, lack of fresh water, overfishing, species extinction, and overcrowding in cities.

What does this mean, in practical terms? It means that we all need to recognize that “we don’t have a right to have so many children.” China had it right, as she sees it: “We can live happy, fulfilled lives with just one child, and one child per couple will keep the human race going” until things stabilize.

Allow yourself to be re-educated here. You might have thought that China’s one-child policy was a murderous, soul-crushing piece of governmental ham-fistedness (resulting in over 13 million abortions a year!). Turns out that the one-child policy (which just became a two-child policy) was actually a bureaucratic angel of light, saving the world, bravely keeping climate change caused by four-child families in the West at bay, sacrificially leaving the soil non-depleted, heroically warding off whole sectors of the population from destroying one another over the last can of Campbell’s soup.

We Care Without Conly

Many of us do care about the environment. Many of us do see the needless pollution taking place in certain corners of the world and hope for better environmental practices. Our eyes are open to real natural problems and to ways we can work for ecological good. Environmental stewardship, after all, was part of the charge of God to Adam (Genesis 1:26-27).

We know these truths without embracing Conly’s perspective, because unfortunately, her piece is not a data-driven take on optimal global stewardship. It’s sorely lacking in statistics, data, and proof. It simply asserts that the world is dying without scientific substantiation, such substantiation being admittedly hard to come by given that the vaunted “hockey stick graph” of years past crashed and burned in rather spectacular fashion.

In the days ahead, it is possible that we will face ecological disaster. But we have no proof that such a cataclysm is either imminent or the direct result of population growth. Malthus was dead-wrong back in 1798 when he claimed population would outpace food growth and people would starve. Nothing of the sort happened. We were told in the 1970s that hundreds of millions of people would soon starve to death from overpopulation. It didn’t happen.

Apparently, people are actually doing well today, in terms of poverty reduction, access to markets, and quality-of-life. (Not that your average globalization seminar at Bowdoin or Harvard will note this, of course.)

But the biggest problem in Conly’s piece is her eagerness to reach into the most private areas of our lives and tell us — in a tone that indicates a well-honed ability to escalate — exactly how many kids we can have. Religious people — evangelicals and Catholics squarely in her sights — might have to yield their convictions to use abortifacients, but they are after all just religious people. By giving out contraception freely, we might not have to use sanctions at all, she tells us, as if this is good news instead of a horrifying prospect.

This is naked statism, unvarnished and unblushing. Honestly, public policy can’t get more invasive than this, and it couldn’t be more paranoid. Hofstadter was right. He was just wrong about who the paranoid people are.

To read a piece like Conly’s is to realize just how scared many people are today. The Christian worldview is so different, so very different, from alarmist secularism. We believe that God created, not that the world emerged out of cold, dark, unfeeling nothingness. The Lord made all things out of his infinitude, not limitation. Accordingly, we believe that every single life has infinite worth and potential, that every person can know divine love and experience divine transformation in Christ, and that we need not give in to the fearfulness that is an effect of Adam’s fall.

We believe and know that life is good. God is good. The earth is good. Mankind is good, indeed the pinnacle of God’s creation, the only part created in his image. Therefore children are a gift (Psalm 139:13-16). They are to be treasured, not killed.

Every generation, intellectuals launch a fresh wave of ecological alarmism. They’ve never been proven right, and have usually been embarrassingly wrong, but they have made their mark by influencing public policy. The major outcome of their influence is not global rescue. It’s not even mistaken economic policies. It is a mass-grave of unborn babies murdered in the name of saving the planet.

The greatest apocalyptic disaster our society — our world — will ever encounter is not ecological. We have already suffered history’s greatest apocalyptic disaster, and it is one we caused. Man fell into sin, polluting humanity and the creation with it. There is blood on our hands. It cries out for vengeance, and it will be avenged. Set your calendar by that. Yet though sin is real, God is stronger. He sends rain on the just and the unjust, showering the earth with common grace.

Knowing this truth, and knowing the threat of still more hysteria, needless death, and suffering to come, Christians have to speak up. We must do so not in the frenzied tones of the secular left — ecology in the paranoid style — but in the clarifying words of the world-remaking Gospel.

China’s Genocide Starts in the Womb