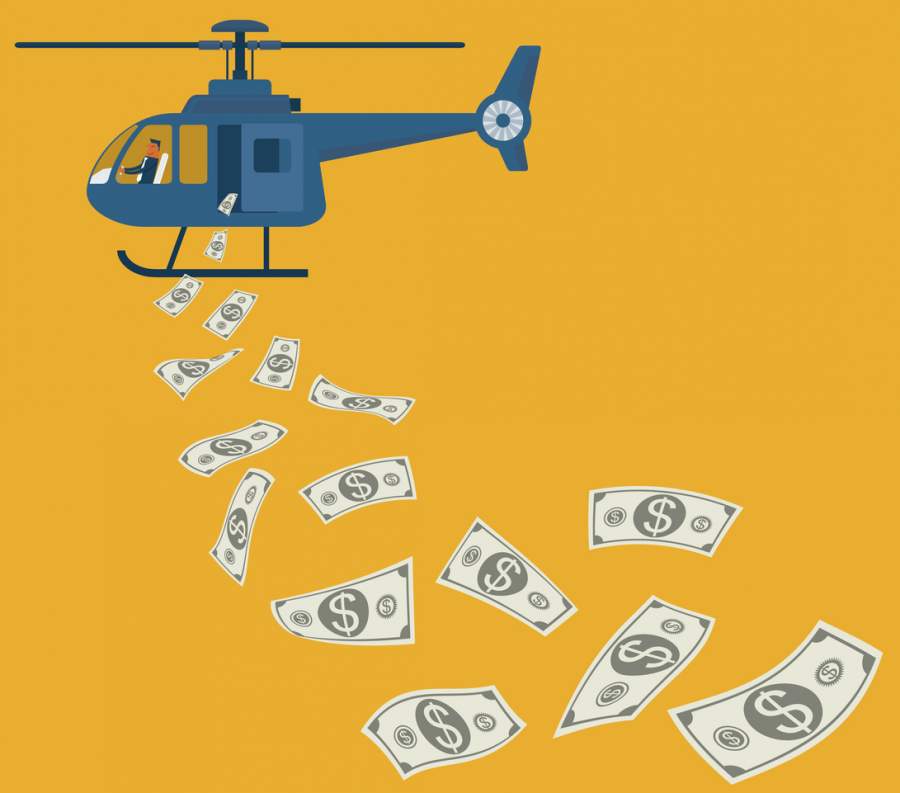 I wish the Trump administration wouldn’t call its massive virus-linked spending bills “stimulus packages.” If not for politics, would it? Because, in cold fact, this spending won’t stimulate much of anything. At best it’s an emergency stop-gap.

We must ask ourselves some tough, basic questions to understand why.

Does demand create its own supply? Has a stimulus package ever worked? Logic is a misnomer here, contrarianism rules. It’s John Maynard Keynes slowly strangling us from the grave.

Do our politicians have good reasons for spending a trillion dollars more than we take in in tax receipts each year in good times? Is increasing spending when the economy slows a good idea? In an emergency, should we throw every caution overboard to rid the ship of all ballast? Did you have faith in Obama’s post-2008 stimulus package when he signed it? Or, like me, did you cringe and wonder when we’d reach a tipping point? 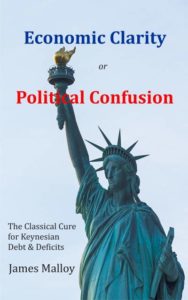 This time the issue is different. It’s not bad government policy that’s dragged down the economy. Nor draconian laws, inept regulation, or the Fed raising interest rates too late and too quickly to burst a bubble. The government imposed this viral depression.

Is it temporary? How easily can we get out of it? None of us wants a pandemic. Valuing life is first in our hearts and minds. But the cusp of economic implosion isn’t sitting well with us either. What’s the answer? How much can all the government spending accomplish?

Many of us with economics degrees remember feeling uncomfortable with Maynard Keynes’ basic premise. That’s because it defies common sense. He convinced the world that the government can deficit spend society into prosperity. Our households don’t work that way.

Nor do our businesses. Here, we certainly can’t spend our way to prosperity. We must create value in other people’s minds so they’ll trade with us. We supply advertising or sales efforts to bring them to us, then a quality product or service at a reasonable price so they’ll buy, and later, come back for more.

Our production, or supply, is the action of the economy. Do we make more if we advertise, but no one responds despite how much we spend? Wouldn’t that eventually put us out of business? If we spend twice as much making our products and services as we efficiently could, do we make more money because we spent it with someone else? Of course not. In business, spending doesn’t drive the economy. Successful entrepreneurship does.

We Lose a Buck on Each Sale, But We Make it Up on Volume!

Keynesians look to the aggregate, or all the spending in the whole economy. They say if we increase consumption, we’ll increase prosperity! To prove it, Keynes came up with spurious theoretical assumptions formed from old economic heresies. His final book, The General Theory of Employment Interest and Money, first published in 1936, popularized his form of demand-pull economics. Ideas that were never mainstream before him became popular with professors. Next they bewitched governments through the Western World. Can you pinpoint the beginning of our public debt spiral?

Did you know that the federal government ran a surplus for more than two-thirds of years from 1800-1930 (Peter G. Peterson Foundation, 2018), including in the first year of the Great Depression? The next year, 1931, the “progressive” demand-pull ideas led President Hoover (clearing my throat) a “progressive” Republican, and Congress, to begin spending on public works projects to try to increase employment. Hoover also pressured businesses to keep employees on and not to reduce their pay, so they’d spend money to increase aggregate demand to drive the economy. It didn’t take long for many of them to fail.

The big problem? Businesses create jobs, jobs don’t create businesses! Spending doesn’t drive the economy, entrepreneurs do. When we receive more in trade than we destroy when we make and sell something? The difference is our profit. We can compete with others by lowering our prices and sharing some profit with our customers to gain more market share. Or, reinvest our increased working capital by hiring more employees. Maybe increase advertising and production. Or produce more desirable goods and services.

Consumers don’t drive the economy. They must do the same thing first, for buying power, unless someone else supports them. We create and exchange from both sides of a transaction. Unproductive people don’t drive the economy by spending redistributed wealth because they don’t produce the value money represents. Products, services, profits, and paychecks facilitate trade.

Demand is like the gas gauge in your car. It tells you if your tank is full. It doesn’t fill it. Keynes got that backwards, and now the Democrats have too.

When you realize economics is production and trade, typically through a medium of exchange, or money, you recognize demand can’t come first. We must produce value, so we have something in hand the other party wants. We specialize and efficiently make better, more cost-effective products and services than we could by ourselves, supplying each other through trade. Supply creates demand!

Don’t Mistake the Gas Gauge for the Gas Tank

Demand is like the gas gauge in your car. It tells you if your tank is full. It doesn’t fill it. It follows, but doesn’t lead! Keynes didn’t understand this, because he didn’t really believe in free markets. In The General Theory, he threw classical (free market, capitalist) economics on its head in the first paragraph:

I shall argue that the postulates of the classical theory are applicable to a special case only and not to the general case, the situation which it assumes being a limited point of the possible positions of equilibrium. Moreover, the characteristics of the special case assumed by the classical theory happen not to be those of the economic society in which we actually live, with the result that its teaching is misleading and disastrous if we attempt to apply it to the facts of experience (Keynes, The General Theory of Employment Interest and Money, 1936, 3).

Professor Keynes’ higgledy-piggledy prose mirrors his arrogant elitist mind. He had it all flipped around backward. How else does one prove the opposite of reality? That government spending creates prosperity!

You begin with the idea that bigger government is the answer to our problems. The truth is, we create for each other. The more industrious people we have, the more trading partners exist. The more affluent people there are in a free society, the more opportunity there is for everyone else. Controlled countries have rich cronies in bed with corrupt politicians and many poor. Free nations have a large middle class. What’s happening to ours?

Not a Stimulus but a Settlement

The pork-laden aid package the Republicans passed last month was more akin to an out of court settlement than anything else. The government admits it’s forcibly closing down people’s livelihoods. Fairness prescribes that it must pay. Just remember, our children are on the hook for it too. Without us getting back to work, there is no production value behind the printed and borrowed money they’re handing out. In time, this spells disaster.

The only way we increase our standard of living over time is through increased productivity. New technologies and better production methods allow us to produce more at any given time. We then have more to trade and, therefore, to receive in exchange. All the restrictions now and the slow rollout they’re talking about destroy our productivity, destroy profits, and massively reduce tax receipts to government as our debt skyrockets. Taking away freedom takes away our prosperity in theory and practice.

The aid can help save businesses in the very short-run if it’s a temporary band-aid. Preserving American livelihoods seems just, and it’s popular. Still, it won’t drive the economy. Now, just watch our debt to GDP ratio skyrocket. Our state budgets will also come under much strain. They’ll increasingly look to the federal government for a bailout. Since the federal government has no money either, we’ll print and borrow all the more. It all reveals why budgets that approximate balance and consistently paying down the debt in prosperous times from surpluses are so vital.

No surprise that the Democrats are demanding we spend trillions more. They think that government and consumer spending drive the economy. It’s also why they support so many draconian regulations. They don’t understand that when they hinder entrepreneurs, they reduce output and trade. Which makes each of us poorer in the long run.

President Trump must stop playing into the Democrats’ hands. Don’t call the vast spending from last month, or any new proposal a “stimulus.” At best, it’s a band-aid. A stop-gap to buy us time before we get back to work.

Which had better happen soon, or the cascading waste and idleness could sink us. We don’t want to Make the Depression Great Again.

James Malloy is the author of Economic Clarity or Political Confusion: The Classical Cure for Keynesian Debt & Deficits. You can sample read, purchase his book, and explore his blog posts at: econclarity.com. Feel free to contact him through his website, or Twitter @EconomicClarity.