Dreading Thanksgiving Discussions? Keep These Three Points in Mind for a Civil Conversation 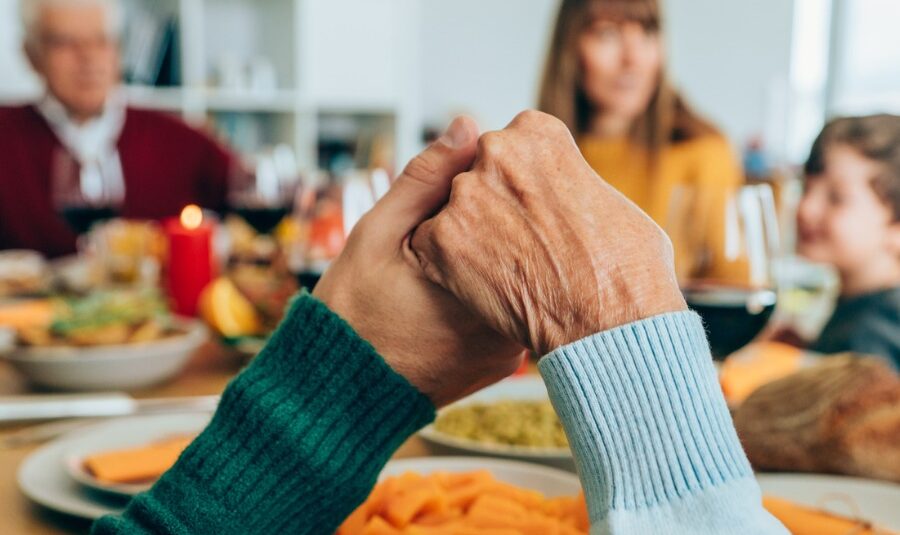 It’s that time of year again.

Many of us soon will travel to celebrate Thanksgiving with friends and family. As we eat our Thanksgiving turkey and pumpkin pie, it’s almost unavoidable that politics will come up at the dinner table. Someone says something controversial, another fires back, and 10 minutes later mother is removing the knives from the table so no one gets hurt.

If this story sounds familiar to you, you are not alone. Many Americans today are apprehensive about having political conversations, which has led to the loss of something far more valuable — civil dialogue.

If such dialogue is feared or even discouraged, it makes it harder for us to find helpful solutions. As a teenager and debate coach, I’ve seen firsthand how quickly a civil debate can lead to a shouting match.

Here are my three reasons for why so many people seem unable to have civil discussions about some of the most important issues:

1. We Put Our Identity in Politics

With religion steadily declining in America, people are finding new things to trust. No matter who you are or what you believe, you put your faith in something.

If you don’t know what you put your faith in, ask yourself these questions:

• What do you do in your free time?

• What brings you the most satisfaction?

• What is your purpose in life?

What you put your faith in becomes your purpose, your meaning. Many today have placed faith in their politics, their preferred policies, and their version of a utopia. Political leanings are no longer opinions, but an identity that stems from the belief that politics is the best way available to make the world a better place.

This can lead to people thinking that if everyone just listened to them, then the world’s problems would be solved. People with opposing opinions are enemies to be attacked personally. Our responses can lack empathy or compassion. As a debate coach, I teach my students that debate is not a matter of being right but of understanding and refuting the opponent. To persuade, you must understand those you seek to persuade.

Any beneficial political debate must start with both sides admitting they don’t know everything and they can be wrong. Without this, the conversation will begin with statements of belief but end with a competition to see who can throw out the most insults.

For people who place their faith in political ideologies, to admit they are wrong is to fundamentally destroy who they are. So they resist hearing different beliefs that might threaten their identity. All others must be “canceled.”

This in turn has led to the coining of two other closely related terms—microaggressions and hate speech.

Microaggressions are words and phrases that aren’t violent but are deemed offensive. Offensive speech is viewed as “verbal violence,” a concept that originated from identity politics. It leads to attacks on First Amendment rights by those who seek to punish speech that hurts the identity of others. And they decide who was hurt and how much.

Hate speech is when the cancel culture declares certain words and phrases so offensive that they should not be protected by the First Amendment. “Hate speech is not free speech,” they say, although no court has so held. But colleges have made rules against certain phrases and punished violators by excluding them from campus.

3. We Fail to Think Deeply About Our Own Beliefs

In the past, philosophers and political leaders could explain their logic and worldviews in ways commoners could understand. This skill is sorely lacking in modern America.

Americans who place their identity in politics fear thinking deeply because they might be wrong. And if they are wrong, they are destroyed. They respond by following news sources that confirm or at least avoid offending their beliefs.

Often, two people discussing from different perspectives often don’t even acknowledge the same sets of facts. Without the ability to agree on some truths and look deeply for others, they struggle to have productive discussions. They become so used to hearing what they want to hear that they don’t respond well when someone counters their beliefs.

Failure to have fruitful dialogues often can be traced to the statement “I know best.” When Americans put their faith in politics, they can become entitled and think they know best.

To make your political discussions more beneficial, start with a recognition that you don’t know everything. Be ready to listen and ask questions. A more civil political climate doesn’t start with the politicians or the other party. It starts with all of us.

When we put our faith in politics, it causes us to shut down opponents rather than hear them out. It substitutes feeling for thinking. The change for this must come from within all of us. If we can focus on listening, asking questions, and being civil, we no longer have to fear Thanksgiving dinner.

Seth Griffin is a high school student and debate coach from Indiana and a Heritage Foundation Academy Fellow.

Why We Cannot Simply Walk Away From Politics