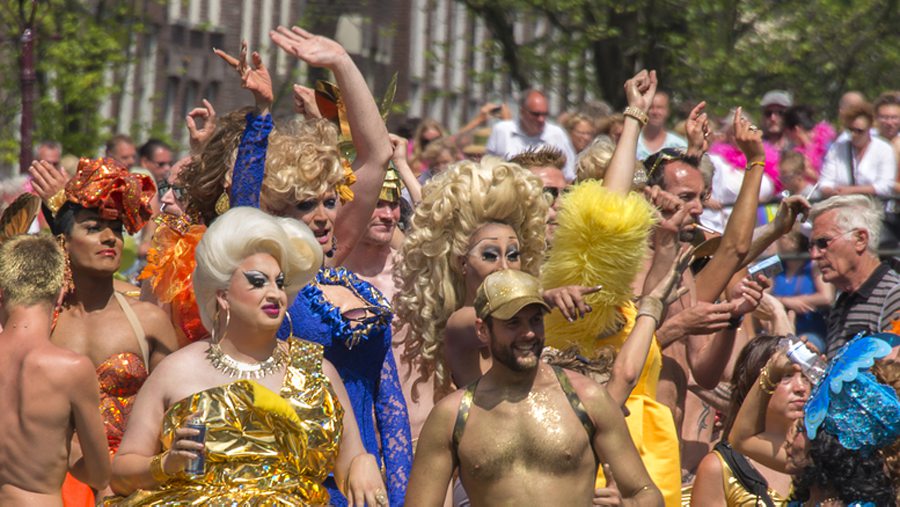 June is nearly at an end, but I doubt the endless wave of “Pride” celebrations will abate when July comes. And what a putrid wave it has been. The location is no longer just the city streets but the local libraries and even churches. And the target audience are not adults, but boys and girls. And if you still don’t believe the children are being targeted, then you may be invincibly clueless.

It seems impossible to believe that parents have so forfeited their responsibilities and good judgment that they’ll take their children to be groomed by a sexual predator, merely because he’s in frills and glitter and all the world is commanded to see him as a persecuted victim of bigotry.

Yet here we are, amidst a wicked fad of “Drag Queen story hours” in which pedophiles are greeted with applause and with attentive youngsters with innocence for the taking.

If you can look at this and tell me this is just dress-up play, totally harmless to children, or that I’m being intolerant or unjust, we have nothing in common. If you insist there is nothing predatory and depraved going on here, then stay far, far away from me and those I love. (The first photo seems to be from the Austin International Drag Festival (children welcome) and the second is a compilation of pictures of a drag queen who was invited to a Jacksonville, Florida, library “Pride” event before the event was canceled.)

In a Pedophile’s Own Words

Now read this, if your stomach can take it, from an open pedophile named Tom (I will not link to his blog), writing about “drag kids” like Desmond Napoles. This pervert admits that drag is sexual. He openly admits that the gay agenda has always intended that kids should be sexualized, and that men being sexually involved with children is part of the package.

“Let’s face it, when a pretty young boy tells the world he is gay and dances sensuously in front of grown men, wearing vampish dresses and makeup; when “she” strips off items of clothing or goes on stage scantily clad right from the off; when dollar bills are accepted as “tips” from an audience apparently wild with excitement; when all this is going on we are getting far more than just a celebration of gender diversity or an innocent display of precocious performance talent.”

“It says, loud and proud, “I am a sexy kid, with sexy feelings. It’s totally cool for grown-ups to get turned on by me. I love it. That’s why I do this stuff. It’s great. It’s fun. It’s me!”

“Drag is not “simply a means of gender play and expression”, though that is obviously a significant aspect of it…But when a kid declares himself to be gay, as Desmond has, he is talking about sexual feelings: “gay”, after all, refers to a sexual orientation not a gender identity. If his interest in wearing girls’ clothes was an expression only of his gender identity he would see himself as “trans”, not “gay” – a girl in a boy’s body and perhaps with ambitions to transition physically into a woman later on. So why all the denial? Why the coy insistence that kids’ drag performance has nothing to do with their sexuality? Hypocrisy, basically. For decades now, gay politics has revolved around respectability, and that has meant aping hetero-normativity: gay couples with committed relationships, marriage, and parenthood, have become the promoted model; the old, carefree “promiscuity” of the gay life is frowned upon (if still a reality for many) and any cross-generational sexual contact with youth is now far more taboo than it ever was in the “bad old days” when homosexuality was a discretely practised underground phenomenon.”

To this there is just one response:

“But whoever causes one of these little ones who believe in me to sin, it would be better for him to have a great millstone fastened round his neck and to be drowned in the depth of the sea.” Matthew 18:6

“Teen Pride” events like this one include chest binders for girls so they can detest their natural bodies and delude themselves into thinking they can be boys. I have a few words for anyone who will push this kind of destructive, body-hating device off on young girls, but none of them are fit to print here. Thankfully, there are many brave women who are protesting these wretched drag events, like the newly-formed “500 Mom Strong.” Bravo to all of them.

Dads, you’ve got to show up, too. We need fathers who will defend their daughters from this misogyny. No decent father would ever allow his children anywhere near a grown male wearing nothing but silver glitter on his genitals! What on earth has happened?!? We need manly men to confront this grotesque violation of children.

Satan is openly advancing, wearing glittery thongs and freakish rags. Concern for the souls caught in this depraved lifestyle does not mean we allow our children to be devoured by perversion. We need to call this evil exactly what it is, and stop accommodating it.

If we fear for our own souls at all, we’d better stop celebrating it. Every adult who subjects children to this depravity — you’re fitting yourself for a millstone.

Jennifer Hartline is a Senior Contributor to The Stream. She is a proud wife and mother of four daughters. You can follow her at @jenniehartline.