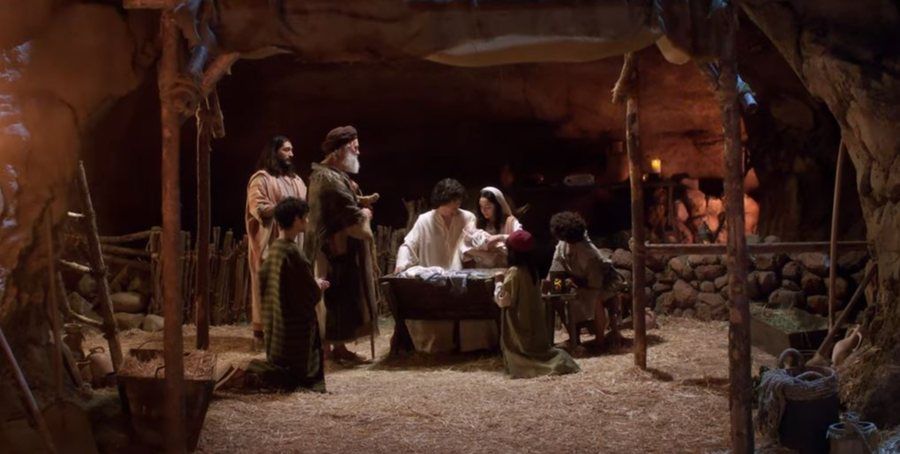 Pastor, author and theologian Dr. David Jeremiah of Turning Point Ministries hosts a new docudrama about the birth of Jesus Christ called Why the Nativity? The 76-minute production is based on Jeremiah’s 2006 book by the same name.

Turning Point Studios, a division of Turning Point for God by Dr. David Jeremiah, released the first feature-length docudrama last month. Jeremiah wants people, who are generally more open to Christianity during the Christmas season, to see the story of “love and sacrifice.” Jeremiah provides the narration, historical facts and answers to questions about the birth of Jesus.

According to a press release:

Why the Nativity? explores questions, facts, and history seldom seen in traditional Nativity stories — from the influence of Roman rule, to the identities of the Wise Men, to the back story of Mary and Joseph as children. This is the story of a couple accepting a monumental change, of a journey fraught with danger, of oppressive rule, of the lowliest of society together with kings and wisemen from around the ancient world journeying to see a God not their own but worshipping Him still. It is a story for the entire world, a timeless tale of the greatest gift of love and peace in an unstable world. A literal turning point in human history and the power of its influence today.

Why the Nativity? details the events surrounding the birth of Christ through compelling storytelling. Jeremiah explains these events as seen in Scripture, using both the Old and New Testaments.

People can enjoy the film on a variety of media, including Turning Point Television, Turning Point+ and Fox Nation. It will also air on Lifetime Television Christmas Day. A made-for-TV version will be aired on Turning Point daily in December. As well, Why the Nativity? will be played in theaters at the Museum of the Bible from December 2, 2022, through January 6, 2023.

Was Jesus Born in December?