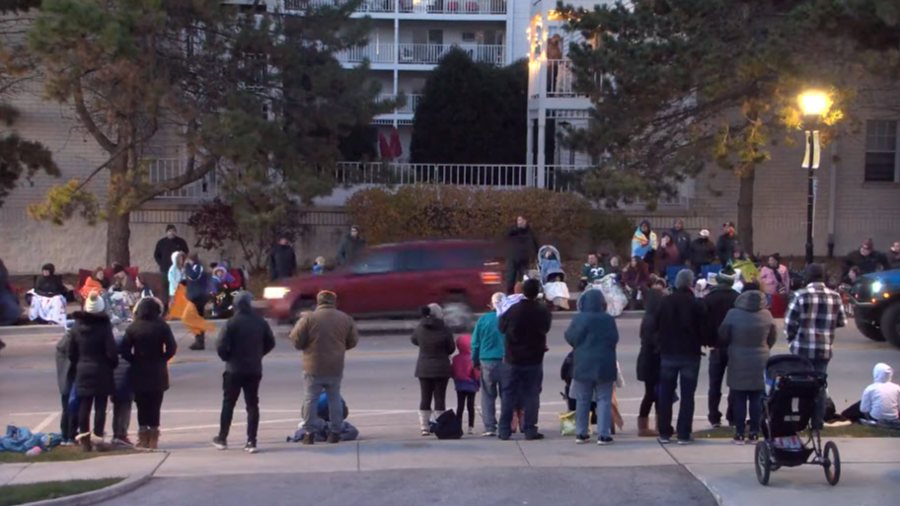 Video from The City of Waukesha Facebook Live video shows a red SUV speeding through a parade. A police officer ran after the vehicle, and a police vehicle sped through the scene a minute later.

‘There were some fatalities.” With those heartbreaking words Waukesha, Wisconsin Police Chief Daniel P. Thompson confirmed a horrific vehicle attack on his town’s Christmas parade Sunday evening had been deadly. This morning, the Waukesha Police Department said at least five have been killed, with at least 40 injured.

A red SUV blasted through the parade around 5 p.m. Sunday.

A “person of interest” is in custody.

A witness told CNN, “There were lots of families, lots of children there. A red SUV came running down the street, hitting a lot of people in the parade.”

#BREAKING: First video of a red SUV breaking through barriers and firing rifle into crowd in Waukesha, Wisconsin. Some victims are self transporting to local hospitals. #BreakingNews pic.twitter.com/25OAgmCB33

There's another video of #Waukesha Christmas parade. Unreal the times we are living ⚡⚡ pic.twitter.com/jh8JRfaPCM

Although no connection has yet been made, the attack occurs just two days after the acquittal of Kyle Rittenhouse on murder charges in Kenosha, Wisconsin, just 54 miles away.

Stay tuned for updates. And #PrayforWaukesha.