Doubling Down on a Troubled Conscience (Part I) 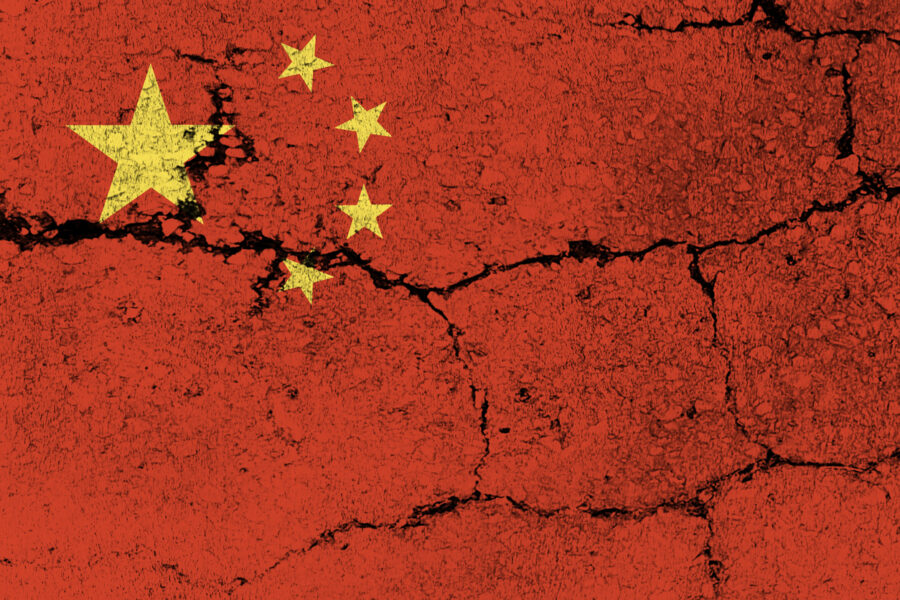 Recently I watched a series of videos depicting the 100-year history of the CCP (Voice of America Chinese Language). According to the videos, Mao at various points engaged in political purges to eliminate potential enemies inside the party. Those expulsions were deceptive and cruel, and in the effort to remove future potential trouble, a large number of CCP members and their families were implicated in each purge.

Over the course of these events, few within the party were able to escape those agonizing ordeals. However, for the overwhelming majority of the CCP members, the horrifying traumas they had experienced did not make them reject their party or its beliefs. On the contrary, the tribulations they had endured strengthened their conviction, making them the most fervent followers of communism. This feature profoundly struck me for it seemed to go against one’s better judgment.

In normal times, CCP leaders along with their families lived a privileged life completely different from that of ordinary citizens. They had both power and wealth and did not experience any material shortage even during the Great Famine. However, those times were few and far between. The history of the CCP is replete with political purges. In each purge, some were condemned, others promoted. The ones who benefited from a given purge could become the target of the next one. Uncertainty, capriciousness and volatility were among the most recognizable traits of the CCP.

A daughter of a CCP high ranking leader recalled her experience after her family was banished to the countryside as the result of a political purge. The degree of poverty she saw in the Chinese countryside shocked her. She would not have imagined that there had been people living in such an abject condition. Previously, she had believed that the CCP was the savior of Chinese peasants who had lifted the poor farmers up from the abyss of misery and brought prosperity to their lives. However, the reality proved otherwise.

At the same time, she was also greatly distressed by the news of a close family friend who had committed suicide after repeatedly becoming a political target and suffered through tortures in multiple purges. She began to question the goal of the CCP and wondered why communism could only produce abominable results regardless of its claims and its original dreams and aspirations. She came to the conclusion that communism itself as a political system is totally corrupted, unworkable and cannot be reformed, and thus, must be completely rejected. She said that any person with limited intelligence would come to the same conclusion.

But her mother, a first generation CCP member and an intelligent person, did not share her conclusion. She believed that her mother had been systematically brainwashed, so the doctrine of communism exerted such a dominant influence that rendered her powerless to think outside the system.

Absolute Power — and the Fight to Keep It

However, I think there is another reason that might have played a far greater role in shaping her mother’s commitment to the party. In the CCP, the head of the party holds absolute power. But that power — without regulation and accountability as in the U.S. government — is constantly threatened by others in the party who aspire to that position. For a CCP leader, there is only one way to maintain his power. It’s not through competent management in creating prosperity for the society or showing goodwill to friends, but through continually discerning potential enemies and mercilessly eliminating them at any cost. This is the predominant culture in communist China.

I have witnessed this even at the lowest level, overhearing the conversations of my parents’ overt contentious situations and covert struggles between colleagues on a daily basis. During the Cultural Revolution, we elementary students were encouraged to tell on each other, which we often did. Little revolutionists were forced to learn to survive at a tender age.

Kill or be Killed

However, those were minuscule compared with the struggles among CCP leaders. During the Cultural Revolution, each political movement produced a new list of enemies of the people who along with their families would endure unimaginable physical and mental abuses. After the Cultural Revolution, the government readdressed some “misjudged” cases and exonerated the ones that suffered and died. In my young mind, I thought those who had been persecuted must be good people. After immigrating to the U.S., I was exposed to many historical facts that had been forbidden in China. It took a while for me to fully understand the depth of deception, corruption and brutality of the CCP. I came to realize that there wasn’t a distinction between good leaders and bad leaders in the CCP. In order to survive, one must be brutal. In the one-party-ruled China, life only offers two options, killing others or being killed by others.

Liu Shaoqi, the vice president of China who suffered from indescribable cruel treatments and died during the Cultural Revolution, turned out to have been involved in the deaths of many others. No leader in the CCP could remain without bloody hands. This includes the beloved Prime Minister Zhou Enlai and the Deng Xiaoping who was responsible for China’s economic reform and its rapid development.

Not until years later after I had become a Christian did I begin to ponder the impact of the CCP’s ruthless culture on the psyche of its members. We are created in God’s image. Even though the Fall has marred the image, all humans nonetheless still in one way or the other reflect a glimpse of who our Creator is. The accusation we experience by our conscience is one of them. We innately know right from wrong, even when our culture teaches a different morality, because God has put that imprint in our conscience. When our conscience indicts us, naturally we will strive to find a way to regain equilibrium. All CCP leaders were involved in bloody struggles to maintain their power. This must have weighed heavily on their conscience. How do they regain their equilibrium?

However, for atheistic communists, such a notion is totally absent in their world of thought. They are left with only one way to deal with their troubled conscience, that is, to justify the wrong they have committed by committing more wrongs. This might explain why over a hundred million people were killed under Mao and Stalin in the 20th century.

The daughter of the communist leader may reject her parents’ ideology. But her parents, who had been part of the system for so long and had shared in its crime and atrocities, could not afford to admit the wrongs because they have no means to alleviate their troubled conscience. Consequently, they had to insist that communism is the hope of mankind and reaffirm their commitment to that ideology.

Unfortunately, such resolution would only incur more destruction and suffering on themselves and on others. Communism as a political system cannot be reformed. It will continue traveling down that terrible path until it is completely eradicated.

The Worst Bad idea in History