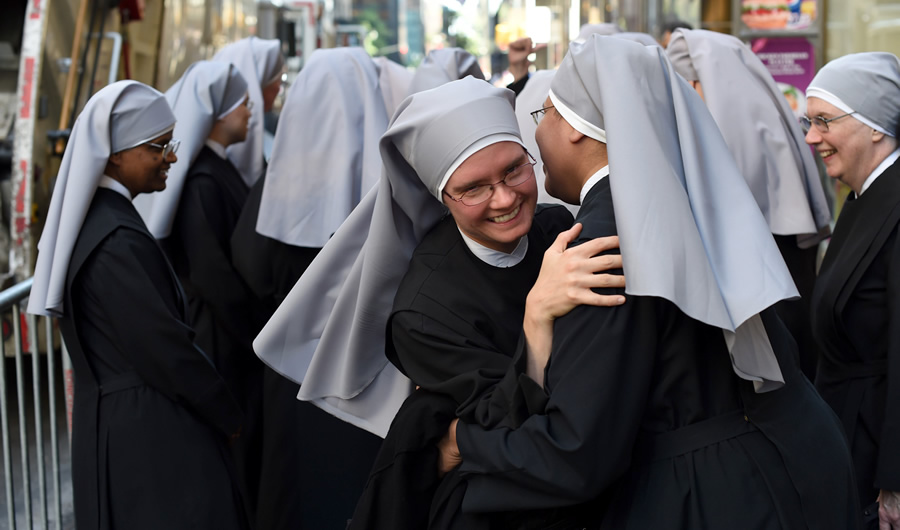 The Supreme Court Wednesday ruled in favor of the Little Sisters of the Poor and religious schools in two separate cases challenging religious liberty. Both cases represent wins for people of faith.

Little Sisters of the Poor

In the Court’s 7-2 decision for the Little Sisters, the majority opinion stated the Trump administration acted within its authority when it allowed religious employers and some for-profit companies to opt-out of offering contraception coverage to their employees as an exemption to the Affordable Care Act’s requirements.

Justice Clarence Thomas wrote the majority opinion. For the past nine years, the Little Sisters “have had to fight for the ability to continue in their noble work without violating their sincerely held religious beliefs,” explained Thomas. “We hold today that the Departments had the statutory authority to craft that exemption, as well as the contemporaneously issued moral exemption. We further hold that the rules promulgating these exemptions are free from procedural defects.”

Sister Constance Veit, Little Sisters’ communications director, told Fox & Friends that the case was a “must-win.” She explained that providing birth control and abortifacients was against Catholic teaching and the group would have to shut down if they lost due to the astronomical fines of $70 million per year. “But I do have to say that we always knew that God would protect us,” she said. “We really trust in His providential care. And so, we knew that somehow, someday He would work things out for us.”

“Today is a major victory for President Trump, who has courageously fought to protect the Little Sisters of the Poor from the Obama-Biden HHS abortifacient mandate,” said Marjorie Dannenfelser, president of the Susan B. Anthony List, a pro-life organization. “We commend President Trump for standing strong for the Little Sisters of the Poor — his record stands in stark contrast to that of Joe Biden, who helped launch this assault as Obama’s Vice President nearly a decade ago.”

President of Family Research Council Tony Perkins tweeted, “We are glad that the Constitution protects the Little Sisters & others willing to stand up for their beliefs in the face of intense, longstanding opposition. These brave women have endured 9 yrs of legal persecution and we hope the Court’s decision is the end of this unjust saga.”

We are glad that the Constitution protects the Little Sisters & others willing to stand up for their beliefs in the face of intense, longstanding opposition. These brave women have endured 9 yrs of legal persecution and we hope the Court's decision is the end of this unjust saga. https://t.co/i2tE1GOdVW

Samaritan’s Purse founder Franklin Graham tweeted “The Little Sisters of the Poor won in the Supreme Court, upholding the exec. order from the Trump administration that says religious organizations are exempt from being forced to provide abortifacients or contraceptives to employees.” He went on to say, “Under no circumstances should an organization be compelled by the government to violate its religious beliefs.”

Under no circumstances should an organization be compelled by the government to violate its religious beliefs.

Also in a 7-2 decision, SCOTUS ruled that “civil courts cannot get involved in employment discrimination claims brought against religious organizations where the employee served a religious function,” reported Fox News. The two separate cases addressed in the decision involved two teachers who had been fired from Catholic schools. A 2012 ruling gave religious organizations “ministerial exception” from employment discrimination suits. Wednesday’s decision expanded the earlier ruling and stated that the ministerial exception applied to both teachers because they both taught religion.

Justice Samuel Alito wrote the majority opinion. “The religious education and formation of students is the very reason for the existence of most private religious schools, and therefore the selection and supervision of the teachers upon whom the schools rely to do this work lie at the core of their mission.” The ministerial exception is not just for clergy.

“Take the question of the title ‘minister,’” explained Alito. “Simply giving an employee the title of ‘minister’ is not enough to justify the exception. And by the same token, since many religious traditions do not use the title ‘minister,’ it cannot be a necessary requirement. Requiring the use of the title would constitute impermissible discrimination, and this problem cannot be solved simply by including positions that are thought to be the counterparts of a ‘minister,’ such as priests, nuns, rabbis, and imams.” He added: “attaching too much significance to titles would risk privileging religious traditions with formal organizational structures over those that are less formal.”

Legal scholar and professor Jonathan Turley tweeted that the Supreme Court decision was a big win for religious organizations. “What is notable is that the Court rules for the school despite the fact that ‘these teachers were not given the title of “minister” and have less religious training than’ the teacher in its earlier Hosanna-Tabor decision. That gives even more leeway and protection for schools.”

What is notable is that the Court rules for the school despite the fact that "these teachers were not given the title of 'minister' and have less religious training than" than the teacher in its earlier Hosanna-Tabor decision.That gives even more leeway and protection for schools

Rabbi Aryeh Spero of the Conference of Jewish Affairs said in a statement that his organization is very pleased with the rulings. “We have long awaited the equitable conclusion reached by the Court that would not force religious institutions to violate their religious conscience and teachings as was upheld today in Little Sisters of the Poor vs. Pennsylvania. … Religious freedom is enshrined in the very First Amendment and was the motivating principle for the founding of America and should not be sidelined or held hostage to extraneous and hostile agendas. Both of these rulings repudiate brazen and overreaching attacks by the Obama administration against biblical institutions.”

Both Supreme Court rulings are “good news for evangelicals,” Jim Denison wrote on The Denison Forum. Both “signal the court’s desire to protect religious beliefs from governmental infringement.”