Don’t Let Your Kids Get ‘Canceled’ 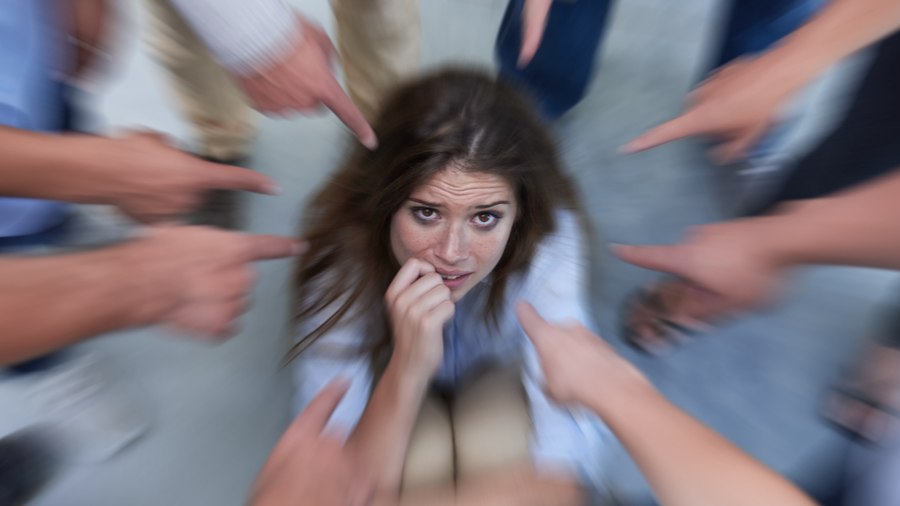 Imagine growing up in a world without forgiveness. Imagine being a child and making a mistake, but instead of learning a lesson and growing from it, you are punished. Forever. No appeals.

The children of this generation don’t have to imagine this. It’s the world in which we are currently raising them. A world devoid of forgiveness, respect, and lessons to be learned, and instead full of hatred, anger, and chastisement. The world of “cancel culture.”

The recent Joe Rogan controversy is a perfect example. Rogan is not a political figure. The magic of his show is its free-flowing, uncensored, open-minded conversations. On his show, nothing is off-limits. And that is precisely why he is such a threat to our ruling class.

The drama moved to another level recently when Spotify announced it would be placing “misinformation” warning labels on some of Joe Rogan’s episodes, specifically those with Drs. Robert Malone and Peter McCullough. McCullough and Malone have been banished from mainstream media and the medical community at large over their opinions on COVID-19, opinions that counter the narrative of the ruling bureaucracy. Never mind that science is literally based on the discussion and debate of evidence and different ideas and opinions. When it comes to COVID, only one “science” is acceptable. That in itself is anti-science.

This is how cancel culture operates. The ruling elite picks a controversial issue that provokes a strong emotional response and shoves it in your face.

But Joe Rogan didn’t play by those rules, and now cancel culture has come for him. Even White House Press Secretary Jen Psaki called for more censorship of Rogan. But it didn’t work. Days passed, and Joe Rogan was still on Spotify. The narrative wasn’t strong enough.

So what came next? A character attack. A tweet from PatriotTakes, an organization dedicated to “exposing right-wing extremism,” started trending. It was a video compilation of Joe Rogan saying the n-word on his show over the past 12 years. In many of the instances, Rogan was actually quoting other people or pointing out how culture had changed over time. But it didn’t matter. The mob came roaring back to life, calling for his head. Mainstream media pounced on the trend, slandering Rogan’s character and demanding Spotify take action. CNN’s Brian Stelter and Jim Acosta suggested Rogan should lose his job.

Compliance is the Goal

This is how cancel culture operates. The ruling elite picks a controversial issue that provokes a strong emotional response and shoves it in your face. They need you to say it’s terrible, that you disagree. All they want is compliance. Because if you agree that something is terrible, disgusting, and abhorrent, you may not even blink an eye when Joe Rogan is completely banned from polite society for bad words taken out of context. They got you to buy into the premise. Once they do that, they control you.

Resist … for the Sake of Your Children

What effects might this have on young children? A world in which forgiveness is obsolete and punishment is inevitable is predictably causing skyrocketing levels of anxiety and depression. Children won’t be able to think and act for themselves. They’ll always be terrified of stepping out of line or contradicting the party narrative. Deference to authority will be innate. Simply put, they won’t be free. They’ll be raised as slaves.

When the entire ruling class is stacked against you, it is easy to feel hopeless. But there is a silver lining: the Biden administration calling for the censorship of Joe Rogan is not a sign of a strong government. Neither are character attacks. Our tyrannical leaders are weak and scared. They don’t want to cancel culture — they need it. They can’t win on ideas alone, so instead, they have no choice but to try and control you and your children. All you have to do is resist.

Homeschool your kids, or at the very least, vet your schools. Make sure you are aware of what your children are being taught. Raise your children to value kindness and forgiveness, and to understand that everyone messes up sometimes. The goal is to mess up a little less than the day before and to help others along the way.

A great way to instill these values in your kids? Talk with them. Luckily, there are tools out there that help parents talk about topics such as cancel culture. For example, Dan Crenshaw’s Fame, Blame, and the Raft of Shame teaches specifically about cancel culture. Our children don’t have to grow up in a world full of controlled narratives and ruthless punishment. We can, and must, challenge cancel culture and change the narrative. Truth is on our side.

Greg Young is host of the nationally syndicated Chosen Generation Radio show which airs Monday through Friday on stations coast to coast. He served as a Russian Linguist at the USAF, discover more at chosengenerationradio.com.

‘This is [Expletive] America’: Dana White Pushes Back Against Cancel Culture