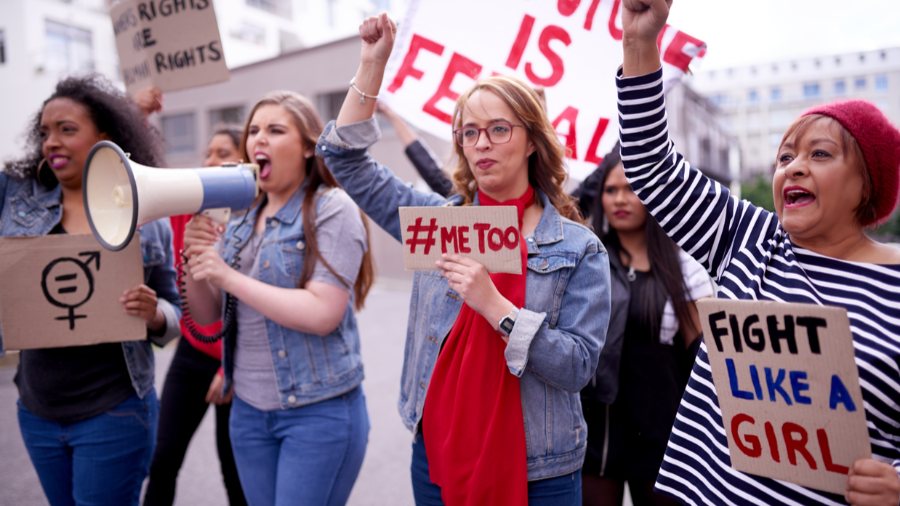 Step into my time machine. Let’s go back to … September 29, 2018. I was sitting in a Maryland motel listening to actor Matt Damon yell my name on Saturday Night Live. Damon was in a skit playing Brett Kavanaugh. As you may know, he’s a friend of mine from Georgetown Prep. That’s the Maryland high school we both attended from 1979–1983. Kavanaugh had been nominated to be on the Supreme Court in 2018.

Just before the final vote by the Judiciary Committee a letter was leaked to the media. It alleged that at a party sometime in 1982 (although the year kept changing) Kavanaugh committed sexual misconduct. I was also named in the letter. Its author, a woman named Christine Blasey Ford, said that I was in the room when the alleged attack took place.

Blasey Ford’s story was never corroborated. Her best friend Leland Keyser would eventually say she was put under pressure, and her reputation threatened, to verify the story. I did have a drinking problem for much of my young life. But it would be an exaggeration to claim, as Damon cried out, “Mark Judge can’t remember entire swathes of his life!” (When the line exploded I instantly got a text from a musician I know. “Dude you’re immortalized!”) The experience left me understanding that the media is broken. In fact the sexual revolution of the 1960s left a fallout worse than the coronavirus.

The Silence After the Hunt

Even longtime media critics stood stunned watching the press transform into vipers. Senators were going through my high school yearbook and trying to interpret slang in order to find something terrible. A Prep friend of mine called. He expressed concern. But then, recalling some of our jokes from when we were teenagers, we both just broke out laughing. The entire world had gone mad and was asking us to answer for drinking beer. It was like that line from the 1987 movie Broadcast News (also about media corruption). “Things finally got so off-the-chart bad that it just became funny.”

The Biden accusation has much more corroboration than Blasey Ford’s.

Reporters interviewed people I had never met. They rushed stories to air that were obviously false. Some rifled through my car and interrogated people whom claimed to know me but in fact did not. The Washington Post profiled a writer, Mike Sacks. He actually said: “I wrote about Brett Kavanaugh and Mark Judge and their type in my new book. I didn’t. But I did. If that makes sense. Maryland!!!” No, it doesn’t make any sense. But that didn’t matter. What mattered was the hunt, and I was the fox.

A Hypocrisy So Vast

Tara Reade’s sexual assault charge against Joe Biden has much more corroboration than Blasey Ford’s did. Witnesses back up Reade’s claim. We have undisputed proof that she did in fact work for Biden. There’s a phone call her mother made to Larry King Live in 1993 complaining about her daughter’s treatment. Imagine if such evidence had existed in my case!

It’s a good bet that Saturday Night Live will not be making fun of Joe Biden. The media and Hollywood have created a phalanx to protect the Democratic presidential nominee.

Seeing the left defend Biden and the media trying to avoid the story and comparing that to the cyclone of insanity that engulfed me, critics are calling the hypocrisy so vast that it spells the end of the #MeToo era.

The End of #MeToo?

A better idea than abolishing #MeToo is for the culture to return to the ideals of fairness, due process and honor. These are sometimes hard values to live up to. It’s much easier to spread disinformation. But after the freak show I endured — a circus which now has Biden in the center ring — I hope that people will return to such fundamentals. Liberals who acted without honor during the Kavanaugh fiasco are now, of course, happy to rediscover what they previously shunned. Their switchback is the result of political calculation and not any sense of honor. But at least rumor and slander has less of a chance of ruining lives.

A better idea than abolishing #MeToo is for it and the culture to just return to the ideals of fairness, due process and honor.

#MeToo was a response to more than the Hollywood casting couch. It spelled a reaction to the entire sexual revolution of the 1960s. At its most defensible, that revolution was an attempt to deal with the superstition and fear surrounding sex. To acknowledge that it was something that people didn’t need to be so shamefaced about. However, like many revolutions that start off with the idea of increasing freedom, it resulted in a lot of slavery.

Men often tried to take advantage of the new ethic and mistreated women. They left behind millions of fatherless children. Men and women have different kinds of souls whose strengths complement each other. But we learned to pretend that they are really the same in every respect. The result was a lot of confusion. The problem wasn’t with the usually conservative suspects, either.

Libertine Hugh Hefner promoted abortion but railed against feminism. The popular culture pulsed with sensationalism and exploitation. The 1970 film M*A*S*H is loaded with cruelty towards women. A clip from the 1979 movie Meatballs, a comedy that made Bill Murray a star, shows Murray “wrestling” with a female colleague. Today the scene looks much more like an assault. The high-octane 1980s included massive objectification of women. It just as often came from the left as from the right.

We can’t go back to the 1950s. And we shouldn’t go “forward” to a full-blown McCarthyism of the left. We face instead the hard work of due process and the goal of using reason to prevent the formation of mobs. As I learned from my experience, mobs seem to be a default function of human nature going back millennia. The most famous American example is the Salem witch trials, but there are plenty of others. In The Devils of Loudon, Aldous Huxley wrote about the mass hysteria that surround a village in 17th-century France. The great 1946 film Panique dramatizes a crowd gone berserk on rumor and innuendo.

We Need the Healing Only God Brings

More recently, see the 2020 novel The Mercies, by Kiran Millwood Hargrave. It explores the real life madness that overtook a Norwegian town in 1617. After forty men drown in a Christmas Eve storm, the women of a small village have to fend for themselves. Their situation raises questions from theocratic authorities, who send an inquisitor, Absalom Cornet, who investigates for witchery. Reading The Mercies reminded me of a moment in the Kavanaugh hearings. Senator Lindsey Graham asked some hysterical protesters demanding Brett’s blood, “Why don’t we dunk him in water and see if he floats?”

The Mercies is divided into three sections: “Storm,” “Arrival” and “Hunt.” When I was being hunted by the hyenas in the media during the height of the 2018 SCOTUS war, I drove down to the beach at the Eastern Shore of Delaware. There’s a house there not far from the place where Joe Biden has a summer home. The roiling Atlantic Ocean seemed symbolic not just of the chaos surrounding me, but the subconscious life of America since the sexual revolution of the 1960s.

I felt as if for the first time I truly understood the story about Jesus walking on water. It wasn’t only a sign that God has dominion over his own creation, but a metaphor for the Lord as healer of the sins and complexes that roil the deep waters of the subconscious. America is still suffering from a deep spiritual despair about the darker side of the sexual revolution, but the overreaction has ushered in a new form of tyranny. Ending #MeToo because Joe Biden is now the accused will not set us free.

Mark Judge is a journalist and filmmaker whose writings have appeared in the Washington Post, the New York Times, the Wall Street Journal, and the Daily Caller.