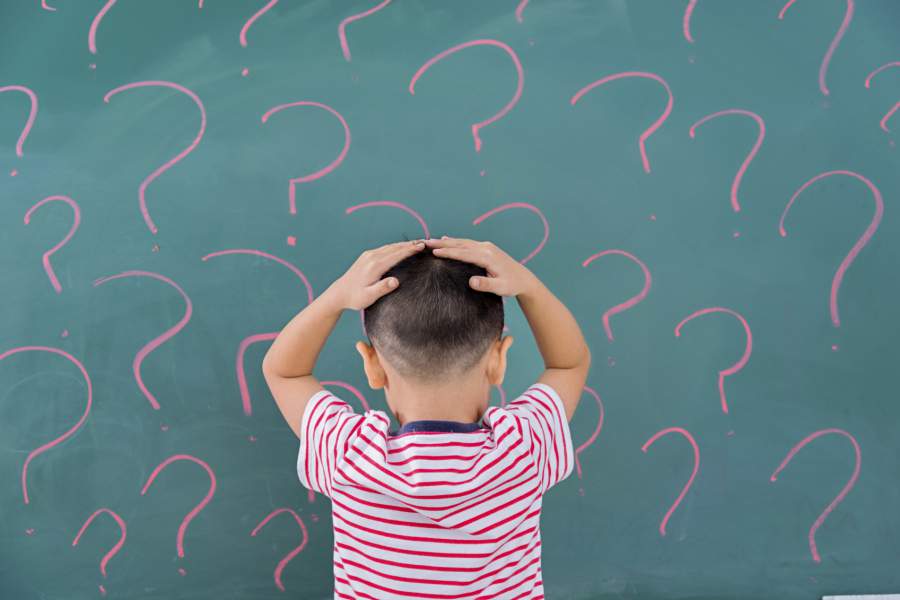 The media is trying to confuse you about critical race theory. Along with the left and various activist groups, they want to change terms of the debate, so that they can continue indoctrinating children in Marxism and grievance studies without the pesky interference of parents.

In this effort, they have propagated a few myths about CRT so that those of us who oppose its spread can be cast as intolerant or extremist. Unfortunately for their plan, anyone who learns what critical race theory is and how it is being taught in the classroom understands immediately why this is divisive, un-American, and harmful to children and our country.

If you believe in the dream of Dr. Martin Luther King … then you oppose critical race theory and all it stands for.

In the interest of truth, here are few of the lies being spread about CRT — along with the truth that everyone needs to understand.

Myth #1: Critical Race Theory is Just About Giving Equal Time and Attention to the Minority Experience in American Culture and History

This myth makes it sound like CRT is just a new name for the kind of inclusive curriculum that has become a staple of American classrooms over the last few decades. Not true. Critical race theory comes from Marxism and critical theory, and like them, puts the blame for social ills on the structure and foundation of society.

A CRT adherent believes that race and racism are an intrinsic part of the American government, institutions, and economy, which are all “rigged” to favor “whiteness.” Thus, the concept of “institutional racism.” Because this means that America is fundamentally racist (as opposed to being dedicated to the idea that all men are created equal), the only solution is to dismantle and remake our institutions under the guidance of CRT theorists.

Critical race theory is obsessed with race, but not in a way that promotes color blindness. On the contrary, there is a very clear villain in CRT: whites or “whiteness,” which is held responsible for social ills, racism, and oppression throughout history and up to the present day. For white people, it is impossible to escape the charge of implicit racism. Critical race theory posits that every white person engages in racism on an unconscious level, or at least benefits from a fundamentally racist system (see Myth #1).

If this sounds like ordinary racism to you, that’s because it is. Proponents of critical race theory lean heavily on concepts like “white privilege” and “white fragility” to dress up such explicit racism in academic language. However, CRT simplistically makes broad generalizations about people’s character, motives, abilities and intentions based on the color of their skin. What else can we call that but racism?

Myth #3: Critical Race Theory is Not Being Taught in Schools

This claim seems laughable in light of the dozens of examples that can be pulled from curricula and classroom experiences across the country. Just because a concept isn’t being taught under the explicit name “critical race theory” doesn’t mean that CRT hasn’t thoroughly infiltrated our public schools.

At the universities where it developed, CRT might be little more than a curiosity or lightweight topic of debate. In high schools and elementary schools however, it is reduced to a simplistic morality tale: America is bad because it is racist. This is the fault of white people.

Classroom materials for children that are steeped in CRT present things like the nuclear family, religious observance, and punctuality as “aspects of whiteness.” Teachers promote Black Lives Matter, even putting BLM and Marxist posters and flags in their classrooms. Educators and administrators are told that it’s wrong to treat students the same, as though race doesn’t matter. Instead, they are to remember that color blindness is a “myth” (and even slightly racist).

Politicians have been active in ensuring that critical race theory is made an essential part of the curriculum (and have been exposed by journalists). At the county, state, and federal level, elected officials have actively tried to force CRT into schools.

That’s why parents must act.

Coalition of Americans for Action and Principle

The Coalition of Americans for Action and Principle (CAAP) is dedicated to preserving the innocence of children and putting an end to leftist indoctrination in the classroom. CAAP recently changed its name from the Coalition of African American Pastors to better reflect its diverse membership and in recognition of the fact that our mission — including opposing CRT — is based on “common-sense, faith-based public policy priorities.” We know that CRT’s narrative of oppression and victimization is harmful to children of all races. Left unchecked, it will fray the fabric of our country and set race relations back decades.

Parents can stop critical race theory by speaking out at school board meetings, demanding greater transparency in the curriculum, and electing officials (from the county all the way to the federal level) who pledge to stop the spread of critical race theory in schools.

This is not a problem that parents can afford to ignore. Already, some far left groups (including education organizations) have tried to intimidate parents into silence by lobbying the government to label activist parents as domestic terrorists. There have been other efforts to classify activism at school board meetings as illegal harassment.

Parents cannot allow themselves to be silenced or marginalized. Once people understand what critical race theory really is — and how it is being taught to children — they see how dangerous and damaging it can be. If you believe in the dream of Dr. Martin Luther King — that one day this will be a nation where people are judged by the “content of their character” and not the color of their skin — then you oppose critical race theory and all it stands for. Now, it’s up to us to make sure that dream comes true.

Dr. Deborah Owens is the executive director of the Coalition of Americans for Action and Principle. An author, lecturer, and education consultant, Dr. Owens has experience in the business world, as well as in education institutions and non-profits.