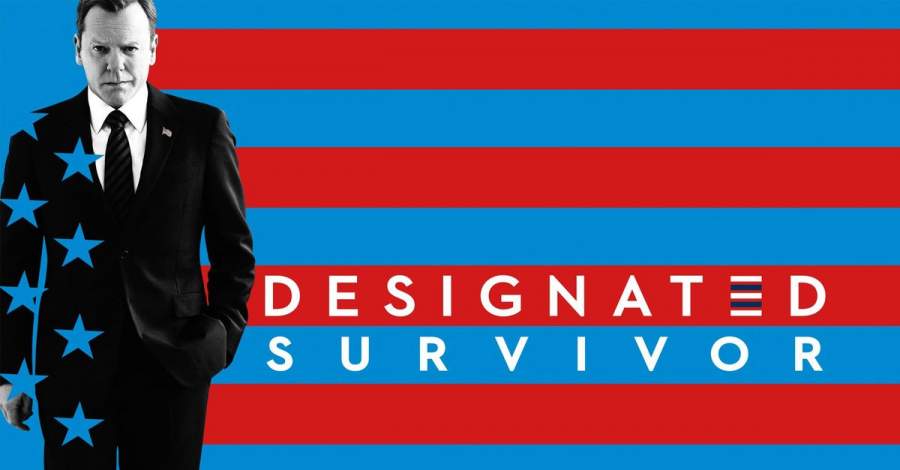 Only two years ago savvy, politically minded people kept joking about House of Cards. We all made snarky quips about how the weirdness of political reality was outdoing the show. Then the Kevin Spacey scandal exploded, and he became an un-person. The filmmakers wrote him out of the show, which drained it of all its life. The last season zombie-walked to a conclusion … which I can’t even recall. I used to watch it avidly, but now I literally can’t remember the ending.

But I’ve found a new and compelling show. It’s unintentionally much more relevant and revealing than House of Cards ever was. I mean Designated Survivor, starring Kiefer Sutherland. Given that such shows center on current Washington politics, the writers are forced to do one of three things:

In the first few seasons, House of Cards managed to fudge things. The writers did that by painting its wicked protagonists as moderate, Southern Democrats, much more interested in power than any specific ideas. In later seasons, the first couple became more actively liberal, less villainous, and thoroughly dull.

Realer than House of Cards

Designated Survivor starts off trying to steer a middle course, with Sutherland playing a registered Independent, with bipartisan instincts. As the lowest ranking member of a Democratic administration, finds himself excluded from the State of the Union address. He’s locked away as a “designated survivor,” just in case the U.S. Capitol falls down. Which of course, is what happens. A thunderstruck Secretary of HUD gets sworn in amidst the rubble. And he has to rebuild the government, while intrepid FBI agents try to uncover who blew up the U.S. Capitol and why.

Is Netflix streaming a thinly veiled dramatization of the Russia hoax, and the Deep State’s effort to steal or nullify the 2016 election?

We soon learn that a deeply sinister conspiracy of ruthless ideologues has set this plot in motion. They’ve lost all faith in democratic elections. They believe themselves a civic-minded elite, who know better than voters. To save the American people from themselves, they will use whatever force or fraud needed. Come hell or high water, they will install the “correct” people in power, and transform America, fundamentally.

The conspirators believe fanatically in their cause. They aren’t just venal, or vicious. They’re convinced that their countrymen’s lazy, ill-informed votes have put the country in mortal danger. So they will risk everything, do anything, destroy anyone to save America from the Americans. Their slogan: “No Victory Without Sacrifice.”

An Unwitting Depiction of the Russia Hoax?

I know what you’re thinking: Is this a miracle? Is Netflix streaming a thinly veiled dramatization of the Russia hoax, and the Deep State’s effort to steal or nullify the 2016 election?

The show managed to stay non-partisan for most of its first season. But by the end of episode 20, the mask fell to the floor. The writers revealed that the villains were militaristic right-wingers, with ties to militia groups, military contractors, and conservative GOP senators. The kind of brittle fanatics who gather in compounds in North Dakota. Who oppose … gun control, for heaven’s sake!

How perfectly predictable and utterly dull. No wonder the show got canceled.

You could make a much better series just by mining Al Perrotta’s coverage here at The Stream of the whole “Russian collusion” fiasco. It includes corrupt FBI agents in steamy love affairs, fanatically devoted to saving voters from themselves. There’s collusion a-plenty, with freelance British spies and shady Russian sleaze peddlers, real evidence deleted and fake evidence planted, to shield the guilty and ruin the innocent.

Fanatically partisan FBI officials and federal prosecutors craft phony applications for secret surveillance warrants. Then use them to wreck the lives of hapless American naifs who get in their way, such as Carter Page. All in the service of reversing a Democratic election, and destroying a bipartisan political neophyte who somehow ended up as president.

The Show We Need Instead

Anyone who stands, even accidentally, in the way of the conspirators, such as Paul Manafort, General Michael Flynn, or Roger Stone? He’ll pay the price in the form of a ruined life. Meanwhile, the duly sworn-in officers of our Constitutional government flail away trying to defend themselves from a vast and ruthless conspiracy. The 25th Amendment even makes a cameo.

In the show, as in reality, the media is blind to everything that’s happening. Entrenched, powerful interests protect the conspirators, shielding the ultimate villains from any genuine consequences. The public gets by on what little nuggets of truth slip through the filters, mostly unaware that the Republic is fighting for its very life.

Now that would be a terrific TV show. Some wealthy patriot needs to step up and bankroll that. You wouldn’t need an experienced creative team, since the Democrats and the Mainstream Media keep feeding you horrifying plot points, wooden stooges like Robert Mueller and juicy villains like Andrew Weissman. The show sadly writes itself.

I even have a title: Designated “Deplorable.”