History is the struggle of imperfect people to try to do the right thing. 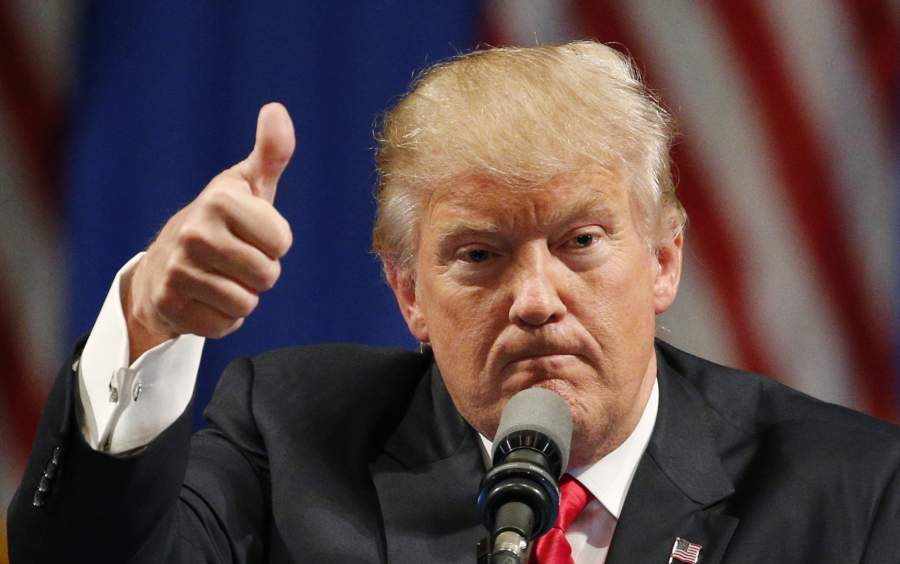 Why are evangelicals voting for Donald Trump?

A reporter asked me if, before concluding to support Donald Trump, I grappled with the same concerns expressed to him by a principled evangelical Christian woman. She worried about the moral example Donald Trump is setting for young people.

My response: Remind your born-again friend that all through history, God has harnessed imperfect people to fulfill His perfect will. Saul of Tarsus spent most of his life killing people whose beliefs he rejected but then became the No. 1 salesman for the loving things Jesus wanted to see happen in our fallen world. Saul definitely would have won all the incentive trips to Hawaii.

King David sent Bathsheba’s husband, Uriah, off to the front lines in hopes he would be killed so David could play cozy with the guy’s wife. David, an imperfect but powerful king, stated repeatedly that he loved God’s statutes and openly acknowledged his wrong when prophet Nathan confronted him. (Check out Psalm 51). David’s unwavering faith in God, from the time he was a shepherd boy, inspired him to establish Jerusalem as Israel’s capital.

Did they struggle with their role and their support of these leaders? Perhaps.

Donald Trump does not smoke or drink and as a father, led his impressive kids to follow suit. My wife Lynn and I spent some time with Bill Clinton at Muhammad Ali’s memorial service and his upbeat vivaciousness is worth emulating. Every day we should embrace Philippians 4:8: “Whatever is true, whatever is noble, whatever is right, whatever is pure, whatever is lovely, whatever is admirable — if anything is excellent or praiseworthy — dwell on such things.”

Your evangelical Christian friend who expressed her concerns already knows that Jesus is the ultimate role model for all of us. She makes sure her kids emulate his forgiveness, servanthood and love for others despite how others so often disappoint.

Jesus exhorts us each day to be a channel of His love to others. His hands and feet in a hurting world are a blessing to every person He puts in our path. We are our brother’s keeper.God blessed me with significant success, partly because I harnessed people’s strengths and pretty much ignored their weaknesses. I evaluated people not so much on their pasts or where they are today, but on what they could become. We all are on a journey of change.

At Muhammad Ali’s service, some said he was the most revered person on the planet. We met people as diverse as the former president of Afghanistan, Hamid Karzai, former President Bill Clinton, Spike Lee and Katie Couric. Several years ago, Ali honored me, a white born-again Christian, with his Muhammad Ali Humanitarian of the Year award and welcomed me to his home. He was also best friends with Billy Crystal, an Orthodox Jew. As a younger man, Ali expressed thoughts about whites some considered racist.

He changed. You and I are changing, and so is Donald Trump.

I do believe Donald Trump truly loves America and all it stands for. His courage of expressing what he believes is best for America caused Universal Studios, Univision and Macy’s to sever business ties with him. The price he is paying and the attacks from establishment Republicans seem to only add to his growing stature as a “folk hero.”

Your born-again friend should love Donald Trump’s statement, “We need to end the war against Christianity” and take comfort that he would never force the Little Sisters of the Poor to pass out abortion pills. It encourages me that just maybe, he sees Jesus in the people to whom he is attracted: Ben Carson, Mike Huckabee, Rick Santorum, my close friend, evangelist James Robison and now Mike Pence, all fans of that famous carpenter of 2,000 years ago.

Tell her she should have great hope for a better America, including three Supreme Court justices more aligned with her vision for America, as indicated by the list of candidates he released, and a commitment that they be “Scalia-like.”