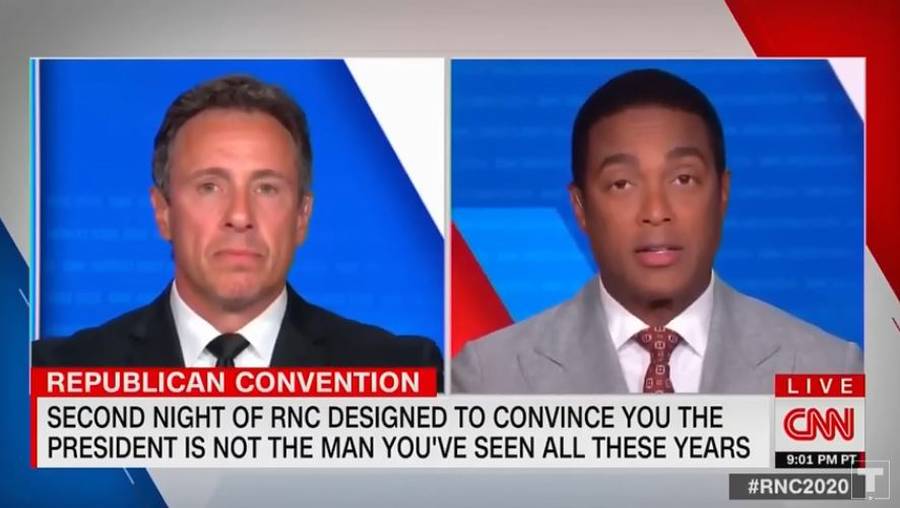 Democrats unleashed the rabid wolves of rebellion, but suddenly realize the wolves are ravaging their own house.

It was perfectly fine when Antifa and BLM were drawing blood from conservative speakers, conservative journalists, hard working cops, minority business owners, and innocent citizens who turn down the wrong street or simply live in the path of their pack hunt of hate.

The strategy seemed to be working. Keep chaos in the streets and Joe Biden in the basement. Sing the “peaceful protests” song over the unhinged screaming and unending sirens.

But last night we saw the song change into the blues. Polling is showing the ongoing violence in Democratic controlled cities is starting to pinch Democrats. Support for Biden-Harris is dropping. According to Gallup, the percentage who identify as democrat is dropping. And finally, even CNN noticed.

No Surprise to Me

I’m not surprised Democrats are saying “Enough!” and walking away from the party. I’ve been there. I’ve lived it. It was the fires of the L.A. Riot that began melting my allegiance to the Democratic Party.

Los Angeles Democrats, led by Rep. Maxine Waters, had spent every day since the arrest and beating of Rodney King pumping gasoline onto the city. Did it matter King had led police on a wild high speed chase? Did it matter that when he was stopped that he resisted arrest, and threw officers around like they were dolls? Did it matter that he brushed off being tasered like lint on a suit? No. All that mattered was, if those four officers did not suffer, not just for their actions, but for the historic actions of the LAPD, the city would burn. No Justice. No Peace. She would define “justice.” What “no peace” meant was clearly understood.

Waters made good on her threat. When the “not guilty” verdicts came down, it was a Molotov cocktail onto a city soaked in fuel.

The City of Angels was hell on earth. Fires raged. Looters ran wild in the streets, breaking into business, stealing anything they could get their hands on. What hauling off a big screen TV has to do with police brutality I could never figure out. Firemen were being shot at. Korean businesses were being destroyed by the dozens. People were dying. (Does this sound familiar?)

Did Maxine Waters and the Democrats condemn the violence? Nope. The U.S. Congresswoman celebrated what she called “the rebellion.”

A guy named Damian Williams helped drag an innocent truck driver out of his truck. Williams took a cinder block and slammed it down on Denny’s head. Waters defended the gang banger. This was the Democratic party of L.A.. “I am not this,” I remember thinking.

A few months later, 3,000 miles away at a Harvard bookstore, there was already a shelf of books commemorating the “Insurrection” in L.A. I nearly vomited in the aisle. More than 100 were dead, 3,600 fires were set. Over 1,100 businesses destroyed — a majority minority owned. And here, a bunch of liberals were ecstatic. (Sound familiar?)

“If this is what being a liberal is, I am not that,” I remember thinking.

Fortunately for the Democrats, they nominated a moderate that year: Bill Clinton. I was able to rationalize that he represented the party. Not Aunt Maxine. I didn’t walk away. (That would come later.)

Unfortunately for Democrats this time, they’ve nominated a shell who has sold out to the wing of the party that affirms the violence — when it is not ignoring the violence. Offered chances to condemn the violence, they don’t. Not a single Democrat on the House Judiciary Committee would say that burning Federal Courthouses is a bad thing. At a hearing on Antifa, Democratic Sen. Mazie Hirono was offered the chance by Ted Cruz to condemn the violence. Instead, she bolted from the hearing room.

And at last week’s DNC convention, no mention of the violence. But lots of jabber about “peaceful protests.” And a promise — or is it a threat — from Michelle Obama that the “chaos” would get worse if Biden is defeated.

And Joe Biden? Is he standing up to the mob? He can barely stand up to get the afternoon mail.

So, if you’re a Democrat today in the face of today’s non-stop rioting as I was in the face of the L.A. riot, and you find your party’s reaction nauseating, as I did, I get what you’re feeling.

Your party has pulled out of the station on a railway to hell and you have to decide whether to jump. Sure, it’s possible your party will change direction at the switch, but is there any sign that it will? At least in the near future? It’s emotionally difficult. Like finally recognizing a longtime love has turned into someone you do not recognize. And is turning you into someone you don’t recognize. Someone defending the indefensible.

The Gallop poll is showing something healthy: More people are refusing to be defined by the D and declare “party right or wrong.” They’re defined instead by their principals, declaring what’s happening in the streets is wrong.

I’m betting you want the rioting to stop because you hate to see lawlessness win and America lose.

Yeah, it’s tough to walk away. But the thing is, you’re not actually walking away. You are standing up, as the party runs away from you.