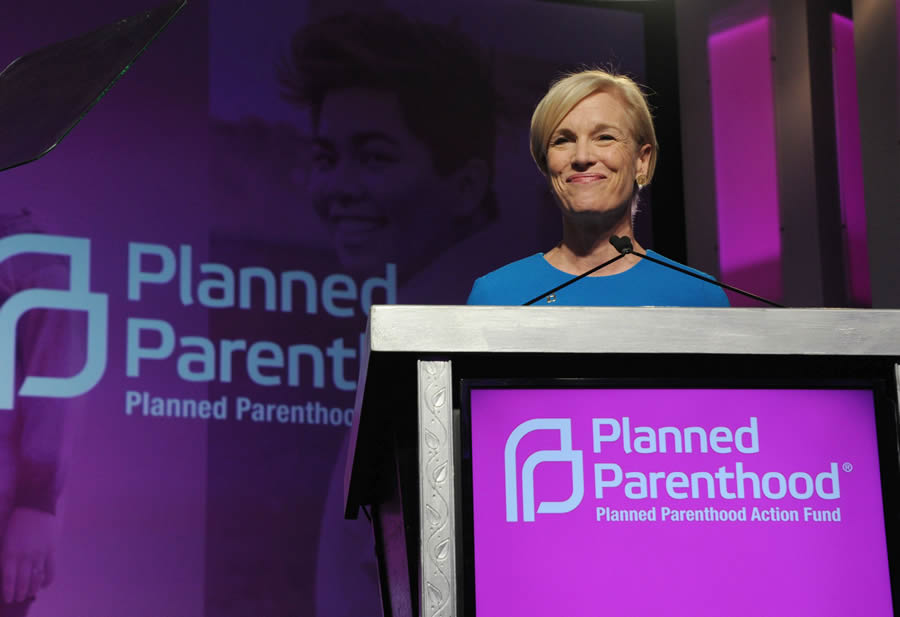 So Planned Parenthood President Cecile Richards will be an honored speaker at a Catholic school. No, not Georgetown, but the Dominican University of California. She’s there to promote her memoir about what it’s like to lead Planned Parenthood. She’s not the first pro-abortion activist to speak at a Catholic college. But she’s definitely the worst.

If need be, Archbishop Cordileone should excommunicate the school’s administration.

Richards heads an organization that profits from mass abortion and the sale of trafficked baby body parts. So she’s even more repulsive than politicians who back the procedure. (Some Catholic colleges just can’t invite enough such pro-choice pols, as we’ve noted here at The Stream.) In fact, as the employer of hundreds of full-time abortionists, Richards stands at just one remove from the actual scalpels and severed little limbs.

The next logical step? Dominican could invite one of Planned Parenthood’s doctors to demonstrate an abortion. How about on the altar in the chapel? Maybe around Christmas time, say on the Feast of the Holy Innocents? It would have a religious significance, all right. A sacrifice, albeit to Moloch.

The body is a prison. So the spirit has the right to rebel against and disfigure it. Likewise, pro-choicers deny any rights or sanctity to the unborn baby’s life. He’s just a lump of flesh. The mother’s sovereign spirit has every right to carve that up and cast away. So Ms. Richards can sell it.

Saint Dominic Founded His Order to Fight Such Evils

Dominican University was founded by intellectual nuns. And named for St. Dominic. There’s a rich irony there. That saint organized his religious movement, the Order of Preachers, in 1216 for one simple reason. He was fighting an ugly heresy called Albigensianism. No one knows where it came from. But that bizarre belief system swept up intellectuals, artists, and other elites in southern France in the age of the troubadour love poets. It claimed to be Christian. But instead it taught a weird and toxic dualism. Here are some of its tenets:

You can see how St. Dominic might find it puzzling that Ms. Richards could speak at a school named for him. She leads an organization whose founder, Margaret Sanger, was obsessed with reducing births. Who called the poor “human weeds.” She said that “the greatest sin in the world is bringing children into the world” if their parents are less than “fit” by her criteria. Those included culturally biased IQ tests. People who flunked them in 13 states were subject to forced sterilization or even castration. That was thanks to laws that Sanger championed. Which Nazi Germany took as a model.

The Body Is a Prison for the Spirit

So how is it that a Catholic university named for St. Dominic is honoring Ms. Richards? Has it in fact been taken over by Albigensians? That’s not a crazy question. In fact, the whole ideology behind “transgenderism” in particular pictures the body as a prison. So the spirit has the right to rebel against and disfigure it. Likewise, pro-choicers deny any rights or sanctity to the unborn baby’s life. He’s just a lump of flesh. The mother’s sovereign spirit has every right to carve that up and cast away. So Ms. Richards can sell it.

[Secular modern people] imagine themselves as angels or gods, inhabiting a pleasure-and-survival machine with certain needs but without moral significance. Sexual ethics, indeed the whole sacramental sense, fades into oblivion; sexually transmitted diseases become the new moral contagion, to be avoided by any means necessary except abstinence. The body, whatever it does, must not get in the way of the will to power; when it does, it must feel the full wrath of technology: Contraception reduces sex to utility and caprice; abortion turns infants into options; plastic surgeries from liposuction to “sex-reassignment” literally carve the resistant flesh into the shape demanded by the will.

Time for Archbishop Cordileone to Act

Dominican University should revoke its invitation to Cecile Richards. And apologize. If it won’t, the courageous and outspokenly pro-life San Francisco Archbishop Salvatore J. Cordileone should act. He should wield the power that canon law gives him. Order the school to stop calling itself “Catholic” in any sense whatsoever. If it defies him, he should forbid it to hold any religious services (via “interdict”). And if need be, he should excommunicate its administration.

They probably won’t care. Such people are likely too far gone. They’re already Albigensians. But at least prospective parents and students have the right to know just how lost such a college is. The nasty public backlash that the good archbishop would suffer would at least get that message out.

UPDATE: Lifenews just reported that Dominican University is no longer considered a Catholic college. As early as 2011, it was removed from Church directories, presumably at the order of the San Francisco Archdiocese. The Catholic watchdog group the Cardinal Newman Society told Lifenews that the school’s online

mention of “Dominican ideas” and other Catholic references may be confusing to those not familiar with the school. It urged Dominican University to “be candid” about its secular mission.

“Catholic families in California and elsewhere deserve to be aware that Dominican University is not a valid option for Catholic education,” the group said.

The Pro-Abortion Prof, the Pagan Gods, and How Hard It Can Be to Tell the Difference