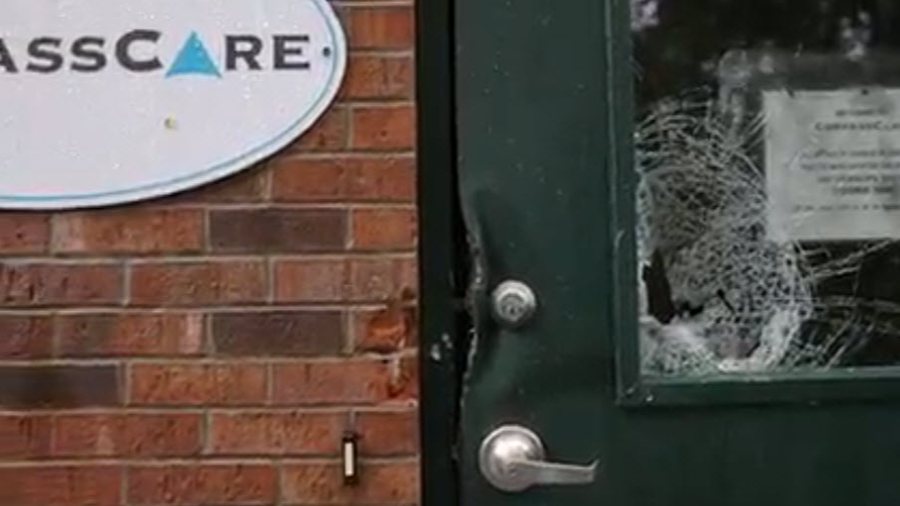 Finally, an Indictment of Pro-Abortion Terrorists

The FACE Act was originally written to quell public pro-life speech near abortion clinics and has never been used to indict pro-abortion extremists targeting pro-life medical facilities. In 2022 alone, 26 peaceful pro-life people were indicted on FACE Act charges while 186 pro-life entities were the victims of bona fide FACE Act violations. On January 24, a Department of Justice press release announced not only the first indictments in the recent nationwide pro-abortion crime wave but also the first-ever indictment of pro-abortion extremists on FACE Act violations.

The DOJ and the FBI still refuse to publicly acknowledge the organized targeting of Christian pro-life entities while also refusing to recognize the crime wave as domestic terror.

The indictment comes one day before the FBI’s announcement of a $25,000 reward for information leading to the arrest of nine additional perpetrators of crimes against pro-life entities.

The pro-abortion extremists under indictment, Caleb Freestone and Amber Smith-Stewart, used the threatening language of Jane’s Revenge and have both been linked to leftwing Antifa activity.

As CEO of CompassCare, a national medical network that was firebombed in Buffalo by pro-abortion terrorists, I see what’s happening here. The connection between Jane’s Revenge activity and Antifa is something we’ve noted all along given their signature graffiti, large black face masks, and militant Bolshevik revolutionary style.

In a contrary move, just two days earlier, on Sunday, January 22, President Joe Biden signed a Presidential Memorandum directing the Department of Justice, Attorney General, and the Department of Homeland Security to “consider new actions to ensure that patients can access…medication abortion … free from threats or violence,” falsely implying that pro-life violence exists and directing the use of federal law enforcement to target pro-life activity.

After a similar executive order in July the FBI raided the homes of peaceful pro-life leaders with 26 indictments of pro-lifers in 2022 alone. The Biden Administration has been on a character assassination campaign against pro-life people since at least July 2022 yet the recent indictments by the DOJ suggest the department may be at odds with the Biden Administration.

Regarding the DOJ and FBI, the indictments of Jane’s Revenge abortion terrorists are bittersweet. This is a win that indictments were made, but a loss in that it took eight months and the launch of House Judiciary Committee investigation into the FBI to make it happen. I wonder if the Miami Police solved the case and the DOJ conveniently took credit.

These indictments ought to be just the tip of the iceberg when it comes to conspiracy to deprive pro-life citizens of equal protection under the law. The fact that the DOJ still refuses to publicly acknowledge the nationwide hate crimes targeting Christian pro-life entities or call it what it is, domestic terror, tells me they are still playing politics with law enforcement.

Here are the details of the new cases: Two Florida residents were indicted by a federal grand jury for spray-painting threats on reproductive health services facilities in the state.

The indictment, returned by a federal grand jury in the Middle District of Florida, alleges that Caleb Freestone, 27, and Amber Smith-Stewart, 23, engaged in a conspiracy to prevent employees of reproductive health services facilities from providing those services.

According to the indictment, as part of the conspiracy, the defendants targeted pregnancy resource facilities and vandalized those facilities with spray-painted threats. According to the indictment, Freestone and Smith-Stewart, and other co-conspirators, are alleged to have spray painted threats, including “If abortions aren’t safe than niether [sic] are you,” “YOUR TIME IS UP!!,” “WE’RE COMING for U,” and “We are everywhere,” on a reproductive health services facility in Winter Haven, Florida.

Rev. James Harden is president & CEO of CompassCare Pregnancy Services. He’s an in-demand speaker and author, and has saved hundreds of lives through his pro-life efforts.