Doesn’t Our Government Also Bear Some Responsibility Regarding the Russia-Ukraine War? Part 2 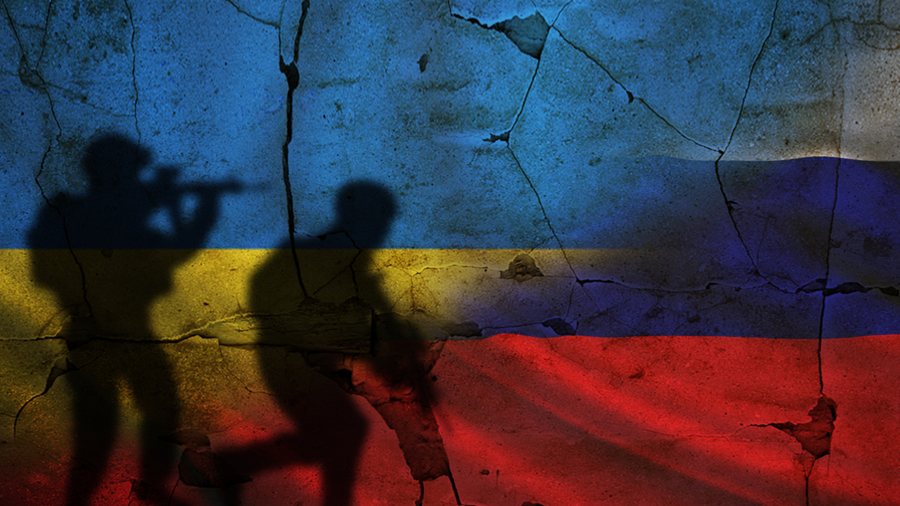 In Part 1, Chenyuan Snider pointed out problems in foreign policy when we overlook cultural differences between nations and peoples. She concludes that analysis here in Part 2.

The mere existence of America has had a positive influence on nations not governed by democratic principles. Though subtle and unconscious, it does produce a certain optimistic result, especially among younger generations. Consequently, right now one way to help countries like Russia and Ukraine develop a workable democratic system is to strengthen our own constitutional republic. We must ensure that our government does not compromise our rights under any circumstances. This is of vital importance, not only for the survival of America, but also for the future of nations like Russia and Ukraine.

Despite good intentions, our government is often viewed as the big bully. In pursuit of global agendas to make the world a better place through democratization, our government often holds a self-righteous attitude, treating targeted nations as morally inferior. We set up rules to protect our own national security, but fail to comprehend that the targeted countries may also feel they deserve similar practices.

Take the Monroe Doctrine as an example. Our Monroe Doctrine states that the western hemisphere is our sphere of influence. We do not allow countries from distant regions to move military forces into the western hemisphere. During the Cuban missile crisis, we let the Soviets know they faced severe consequences if they installed their weapons 90 miles from Miami. Suppose China formed a military alliance with Canada or Mexico, and established naval bases in Vancouver or Ensenada. Would we allow this to take place? Absolutely not. Why should we be surprised that the Russians were enraged by what they perceived as NATO encroachment?

From the onset, the Russians have adamantly opposed NATO’s expansion. In their eyes it would render Russia defenseless against the powerful alliance should a conflict develop between Russia and one of its bordering nations.

Our blindness to such issues does damage to our image and goes against our objectives. It is especially detrimental in light of the prevalent practice of reciprocity in the eastern culture. Reciprocity is not centered on absolute truth, such as rights and freedom. Rather, it is a give-and-take, based on mutual interest and respect. Generally speaking, a perceived kindness should be honored with fervent gratitude. On the other hand, a detected hostility must be met with intense animosity.

The Impact of NATO Expansion Efforts

Starting with the Clinton administration, the U.S. government and its European allies have been trying to move NATO eastward to include Ukraine and other states. Russians see this as a military strategy against them. From the onset, the Russians have adamantly opposed NATO’s expansion. In their eyes it would render Russia defenseless against the powerful alliance should a conflict develop between Russia and one of its bordering nations.

At the end of the Bucharest Summit in April 2008, NATO issued a declaration that “NATO welcomes Ukraine’s and Georgia’s Euro-Atlantic aspiration for membership in NATO. We agreed today that these countries will become members of NATO.” Both countries border Russia. Russia viewed NATO’s invitation to Gorgia and Ukraine as a major threat to their national security, and made it clear that such aggression would be met with the most serious consequences. Thus, a war broke out between Russia and Georgia in August 2008. Whether Russia’s invasion of Georgia was justified or not, it was no mere land grab; it was Russia’s reaction to NATO’s expansion.

Prior Intervention by the U.S. in Ukraine

For Russians, it was the U.S. government’s attempt to eliminate Ukraine’s democratically elected Russian-leaning Ukrainian government to install a pro-western regime, as a stepping-stone to eventually overthrowing Russia. Should China do the same thing through Mexico or Canada, would we just shrug our shoulders and dismiss it as “no big deal?” Russia responded to the coup by taking Crimea. Once again, irrespective of the legitimacy of Russia’s action, it was Russia’s reaction to a perceived threat, not merely an effort swallow up more land.

It’s remarkable that we uphold the Monroe Doctrine, but do not allow Russia to have its own version of the Monroe Doctrine to safeguard its own national security. This bullying practice damages our reputation as a nation characterized by freedom, rights, and equality. More than that, it has an adverse effect upon cultures esteeming reciprocity. It only provokes severe responses. This mistake is entirely avoidable.

Know Your Enemy, Know Yourself

In no way do I intend to justify Russia’s invasion of Ukraine. Nonetheless, I know that every country interprets other nations’ actions through its own cultural viewpoint. Every country acts on its own self-interest. The domain of international affairs is a raw, brutal, and fierce battlefield. Conflicts will always arise, and wars are inevitable. American rights and democracy do not sell and are not helpful in cultures that differ fundamentally from ours.

Absent the Second Coming, there is no perfect solution that can create peace in those regions. The best we can achieve is to seek a less evil solution, fewer human casualties, and less human suffering. This begins with putting ourselves in their shoes. As Sun Tzu articulates so artfully, “If you know the enemy and know yourself, you need not fear the result of a hundred battles.”

Unfortunately, American politicians seldom see the need to recognize that others’ paradigms differ from their own. Our foreign policy is often unilateral, creating hostility, escalating conflicts, and producing human suffering around the world instead of making the world a better place.

I think our government bears some responsibility for the outbreak of the war between Russia and Ukraine. We must hold our government accountable. To do otherwise is to bury our mistakes in the sand, from which we can be sure they will reappear again in the future.

Doesn’t Our Government Also Bear Some Responsibility Regarding the Russia-Ukraine War? Part 1