Doesn’t Our Government Also Bear Some Responsibility Regarding the Russia-Ukraine War? Part 1 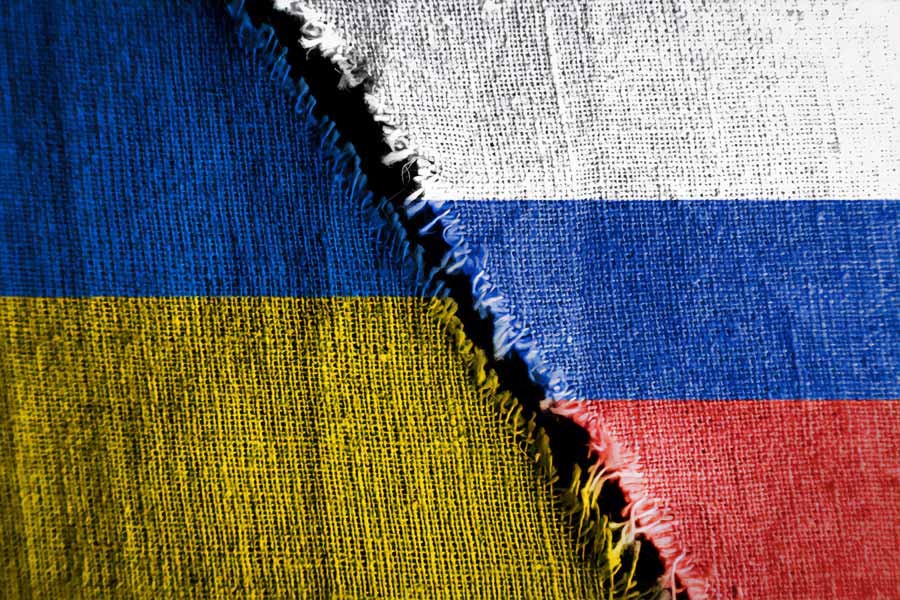 The war between Russia and Ukraine has had devastating consequences on Ukrainians. Any person who has basic moral conscience would feel outraged by the wreckage civilians have incurred through Russia’s invasion. Thousands of miles away, we participate in the war with them vicariously, posting horrendous news and voicing our condemnation on social media, pushing our emotions to a dangerous level.

We need to examine the U.S. foreign policy, though. Our own government contributed to the outbreak of the war, and thus bears some responsibility for that which led up to this present devastation. We need to reassess foreign policy in order to avoid the same blunder in the future.

After the Cold War, without a major foe to challenge our security, our foreign policy shifted focus to encouraging the spread of democracy around the world. As a person growing up in a culture, China, that differs significantly from America’s, I can identify problems in this approach.

First, our democracy-building strategy has not taken into consideration the unique cultural and historical elements of the targeted nations. Thus the effort has rarely borne fruit.

The process must be slow and gradual. It takes generations to prepare the soil and make it suitable for democracy.

America is an exceptional nation. It’s the freest country in human history and the most humane place this earth has ever seen. People all over the world have risked their lives to come to America. Nevertheless, not every country wants to implement American ideas on their soil. Not every soil is suitable to grow democracy.

The Importance of Cultural Context

By and large, for people in eastern cultures, many central tenets of American thinking are incomprehensible and unattractive. That includes our core tenets of individual freedom and rights. In those cultures, a person does not exist as an independent individual, but as part of a larger group to which he or she belongs. The concept of individual rights apart from the group’s interest is unintelligible and foreign. They operate within a different framework. Instead of contemplating individual rights, they are more interested in discerning who are their friends and who are their foes.

In those places, people are willing to die for reasons that seem irrelevant to Americans. For instance, Americans seldom view ourselves as having a significant connection to our ancestors. We are more likely to make our decisions through reason and perceived self-interest. In the East, in contrast, what someone does to my great-great-great-grandfather, I experience as having been done to me personally.

Therefore hatred can accumulate over generations, to an intensity beyond our comprehension. Eastern cultures’ sense of honor and shame, preempting logic and reason, is mind-boggling to us. They fight their foes with unwavering resolve and brutality; in fact, in many circumstances, they’d rather die than be defeated by their enemies.

The Cost of Overlooking Cultural Differences

American foreign policy often foolishly and naively overlooks the difference between cultures. On May 1, 2003, President Bush announced, “In the battle of Iraq, the United States and our allies have prevailed.” Many anticipated an Iraq characterized by freedom and democracy just like America. What resulted instead was anything but a new Jeffersonian democracy in the Middle East. We could force democracy on Iraqis, but as soon as our troops left, they picked up their old tribal disputes right where they left off.

Our long-term failure in Iraq demonstrates the incompetence of American foreign policy leaders. America does not know how to put itself in others’ shoes. We fail to grasp that the force of culture can be greater than the power of a military. As such, it seems everything we touch goes awry. Our simple and flawed policy has created countless human refugees, chaos, instability, economic wreckage and destruction of societies. Think about Iraq, Afghanistan, Libya, and Syria…

The Implications for Russia and Ukraine

Both Russia and Ukraine belong to eastern culture. Their histories are very long and very intertwined. This has at least two implications.

One, we cannot comprehend their intricate relationship using American logic. We may argue whether Russia has a right to have a buffer state, or Ukraine has a right to choose its allies, whether Western Europe over Russia. Either way it’s wrong.

Two, only a minority of Russians and Ukrainians care about American individual rights and freedom. They want stability and improved living standards. Freedom and individual rights lack a basic cultural support, and when introduced, often produce chaos and disorder.

Predictably, Russians in general tend to prefer strong leaders who rule with iron fists and can keep society in order. Historically, Ukraine has been a buffer state because of its vital strategic location and rich resources. Its survival has long depended on shrewd navigation between powers, which is why so often it has switched allegiances and allied with the ascending power. Such an environment fosters opportunistic corruption. It’s hardly any surprise that Ukraine is one of the most corrupt countries in Europe, where dishonesty and fraud are practiced as a means of survival. The U.S. government has repeatedly attempted to set up pro-democracy and pro-western regimes in Ukraine. Whoever took power, however, has always proved to be just as corrupt as his predecessor.

Consequently, at this point, to stabilize the region is the more feasible option, not to forcefully democratize and westernize this area. This does not mean that Russia and Ukraine should never achieve true democracy. The crux of the issue is the process, not the goal. The process must be slow and gradual. It takes generations to prepare the soil and make it suitable for democracy.

We will continue our analysis in Part 2 of this article, coming soon.