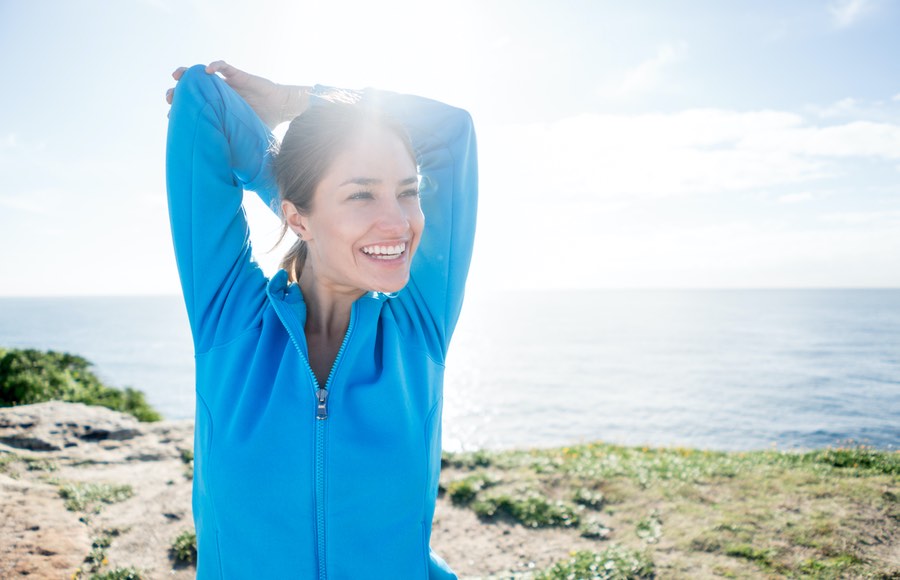 She once was blind, but now she sees — a peer-reviewed medical journal has published the extraordinary case study of a woman whose eyesight was spontaneously restored after prayer for healing. It’s the latest example of how researchers are increasingly using scientific methods to investigate claims of miracles.

The study details the medical history of a woman who was blind for more than a dozen years from juvenile macular degeneration, an incurable condition. She had attended a school for the blind, used a white cane for mobility, and read braille.

One night at bedtime her husband, a Baptist pastor, got on his knees to pray. He put a hand on her shoulder as she laid on the bed. They were both crying as he prayed: “Oh, God! You can restore … eyesight tonight, Lord. I know you can do it! And I pray you will do it tonight.”

With that, she opened her eyes and saw her husband kneeling in front of her. “I was blind when my husband prayed for me,” she said. “Then just like this — in a moment, after years of darkness I could see perfectly. It was miraculous! … Within seconds, my life had drastically changed. I could see, I could see!”

The woman’s eyesight has remained intact for 47 years since the “proximal intercessory prayer” (PIP) — that is, Christian prayer for healing with accompanying touch.

Four researchers published the case study — the first of its kind in medical literature — in the medical journal Explore. They are part of Global Medical Research Institute, which focuses on investigating claims of healing after prayer.

Last year this group published another incredible case study in the peer-reviewed Complementary Therapies in Medicine. In that case, a man suffered from gastroparesis and relied on two feeding tubes for 16 years. When he experienced hands-on prayer at a church, he said he felt an electric shock starting from his shoulder and going through his stomach.

He had been instantly healed. His feeding tubes were removed — and seven years later he is still free from any symptoms. Again, this was the first published case of such a spontaneous healing of this incurable condition.

In my book The Case for Miracles, now in paperback, I report on several compelling studies that support claims of miraculous healings after prayer with physical touch. For example, Indiana University professor Candy Gunther Brown (PhD, Harvard), led a team that went to villages in Mozambique to study 24 people who were blind or deaf, or who suffered from severe visual or hearing impairment.

First, her team used standard tests and technical equipment to precisely determine each person’s level of hearing or vision. Then they were each prayed for individually in the name of Jesus with accompanying touch. Immediately after that, they were tested again. The results?

“We saw improvement in almost every single subject we tested,” Dr. Brown told me. “Some of the results were quite dramatic.”

Indeed, the average improvement in visual acuity was more than tenfold. Martine, a resident of the Namuno village, couldn’t hear the equivalent of a jackhammer next to her when the researchers first tested her. After prayer for healing, she was able to make out conversations. Brown and her team then did a replication study in Brazil to see if they would get similar results — and they did.

“Our study shows that something is going on with Pentecostal and charismatic proximal intercessory prayer,” she told me. “This is more than just wishful thinking. It’s not fakery; it’s not fraud. It’s not some televangelist trying to get widows to send in their money. It’s not a highly charged atmosphere that plays on people’s emotions. Something is going on, and it surely warrants further investigation.”

Personally, I would venture to say that something miraculous is occurring. And I agree with Dr. Brown — more such research is needed. But in the meantime, several scientific studies are pointing in the direction of divine intervention in people’s lives.

Originally, I was skeptical about miracles. As a committed atheist, I hoped I could disprove the existence of a miracle-working God. But the mounting evidence for the miraculous resurrection of Jesus proved to be too persuasive. After nearly two years of researched I realized it would take more faith to maintain my atheism than become a Christian.

The historical evidence for the resurrection is among dozens of topics that we cover in our new online courses at Colorado Christian University. For information, visit Strobelcenter.com, where you also can also see a video of my talk on the case for miracles — during which you’ll actually witness a healing taking place.