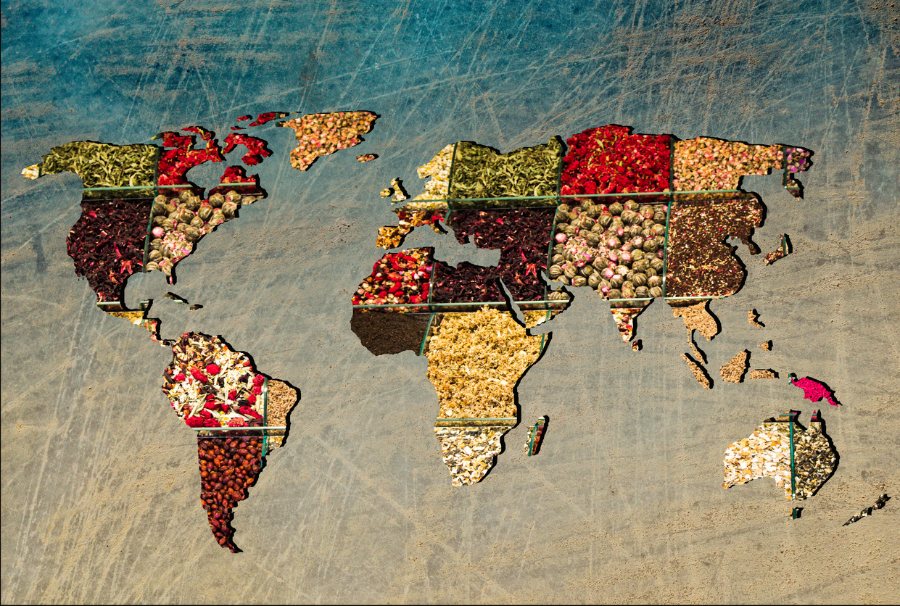 Mainstream media tell us climate change has increased droughts and extreme heat events. (It hasn’t.) These, they say, reduce crop yields. For Christians concerned about poverty and hunger, this is an important issue.

What does hard data say?

Farmers are breaking all-time records for productivity. India for example, has produced record food crop output for three years in a row. The global picture is similar. World wheat production in 2020–21 will set a new record of around 768.49 million tons.

How do you make sense of these contradictions? Is climate change a real threat to our agricultural systems? And why are crop outputs increasing drastically?

The mainstream media mislead people about the relationship between climate change and agriculture.

Yields of all major fruits, vegetables, and other food crops increased during the past six decades. Land required to produce a fixed quantity of food fell 30% from 1961 to 2014.

There are many reasons for the increased productivity. The revolution in agricultural technology and the use of crop enhancers are two. Tractors, drip irrigation, and other tools boosted farming efficiency. Fertilizers, pesticides, and genetic editing made crops more resilient to diseases. Their yields exceeded those of original wild varieties.

But two key environmental factors also helped. One is global warming. The other is higher atmospheric carbon dioxide concentration.

Much of the Northern Hemisphere struggled during the Little Ice Age in the 17th century. Crop outputs dwindled, bringing chaos and misery. Global temperature rose gradually after the 18th century. Today plants enjoy far better climatic conditions all across the globe.

Likewise, the increase in atmospheric carbon dioxide (CO2) during the past two centuries has benefited plants. Global atmospheric CO2 is now around 414 ppm. It was about 280 three centuries ago. The positive CO2-plant growth relationship is well established. It is a key element in greenhouse farming. CO2 levels as high as 1300 parts per million (ppm) are recommended for greenhouses.

You won’t often hear about it, but peer-reviewed studies attest the positive impact of modern temperature and CO2 concentration on plant growth. Results show up in crop outputs. Moreover, biotechnology produces new crop varieties that can withstand new temperature conditions.

Crop responses during the past seven decades — even with global warming — augur continued agricultural success.

Does climate change threaten the global food supply? No. Biotechnology and other agricultural improvements will offset any adverse climatic influences.

A Changing Climate is a Calling, Not an Alarm