Does Alexandria Ocasio-Cortez, in Fact, Exist? Does Rev. Thomas Rosica?

Too many major figures in Church and State seem to be fictional characters. 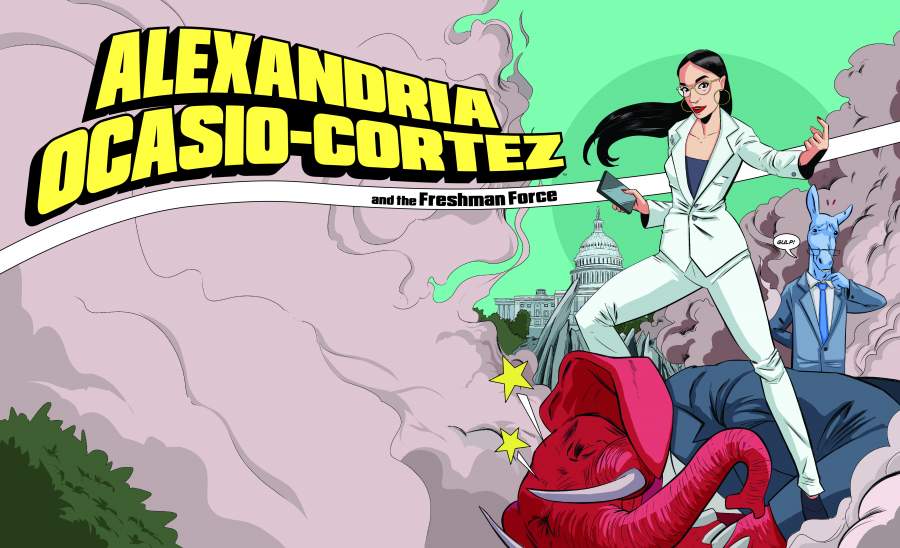 One of my favorite TV shows is The Carbonaro Effect. In it, the genial magician Michael Carbonaro does magic tricks on ordinary Americans in everyday situations. So he’ll befuddle the customers at a farmer’s market by showing them “petrified cheese.” That is, cheese which allegedly sat encased in stone for a thousand years, but “presto, chango!”— it’s perfectly edible. Or he’ll pour ten glasses of beer from a single bottle, leaving the patron wondering how much he’d already been drinking.

My favorite recent trick? When Michael subjects a gentleman waiting for an appointment to a baffling experience. Dressed as a workman replacing an antique light bulb with a new “ecological” version, he goes through the room three separate times — saying and doing the exact same things. The poor man thinks he’s experiencing clinical-level déjà vu. He actually takes out a pad and pen to document what happened — perhaps for a trip to the office of a neurologist!

Only then does Michael, as always, do the “reveal,” and explain it was all a trick. He thanks the guy, gives him a hug and dubs him a very good sport.

Is the Vatican an SNL Skit?

I’m waiting for God to do something like that for all of us. Because the past few years in Church and State really have felt like some kind of weird reality show. Or at best, the worst kind of improv.

Vatican is an SNL skit. Bishop under investigation for sexual misconduct is on spiritual retreat with Pope Francis https://t.co/ctNtGvlDm0

There’s certainly something to that. One character after another in Pope Francis’ Vatican seems like a scripted character, played by a witless actor who’s clumsily trying to improvise. Remember Father Thomas Rosica? A few months ago, this Vatican advisor who runs a media empire in Canada was really throwing his weight around. In succession he’d:

And now we come to learn that in some sense, “Father Thomas Rosica” may not even exist. One academic article of his after another is being retracted by its publisher, as it turns out that he plagiarized large sections from other authors. The “advanced academic degrees” he claimed to have earned from a Jerusalem university? Also fiction, it turns out.

I’m wondering if next we’ll find out he was never even ordained. Or is in fact, not a man, but a renegade nun with particularly strong features. I await the efforts of investigative journalists on those points.

But it’s not just the Church that features largely fictitious people wielding enormous, outsized influence. The State is likewise afflicted.

We have all watched with a mixture of amazement and horror the rise of Alexandria Ocasio-Cortez. No, she didn’t grow up poor or even in the Bronx, as she had once claimed. (Her dad owned a townhouse in Westchester.) Yes, she did release details of the Green New Deal which promised economic security to “those unwilling to work,” though she’d go on to deny it. She even mused about eliminating both domestic cows and air travel. And now there’s a comic book out, depicting her as a cartoon superhero.

Myself, I have suspected that Ocasio-Cortez was just a pseudonym. That in fact we’d just welcomed to government the gifted comedienne Cecily Strong, who was staying in character as “The Girl You Wish You Hadn’t Elected to Congress.”

Well it turns out that I wasn’t far off. Because in several important senses, “Alexandria Ocasio-Cortez” does not exist.

Auditioning for the Role of Congressman

You need to watch the video below. Yes, it’s almost a half hour long. And the jumpy camera angles are slightly annoying. But the team that produced it uncovered some crucial facts about Ocasio-Cortez. Namely, that she never sought to run for Congress. She was recruited, like an actress, as part of a casting call by a wealthy leftist group called the “Justice Democrats.” That group’s open agenda? To “take over the Democratic Party” for the “social justice” left.

In the video she admits it. That she was one of thousands who applied, and whose finalists auditioned, to take the role of the young progressive candidate from the Bronx.

The video also shows how the plan for radically restructuring the entire U.S. economy, on the scale of the New Deal and World War II combined, was cooked up in a weekend. By a bunch of staffers from the Justice Democrats, with Ocasio-Cortez apparently not even present.

Every time the woman sounds cogent? She’s repeating a carefully drafted Justice Democrats’ talking point. When she goes off script and improvises? She sounds both as clueless and as unjustifiably self-assured as Cecily Strong’s character on Saturday Night Live. They even look alike.

Seriously, watch the video. Your jaw will drop. You’ll also be deeply creeped out that billionaires with radical agendas (the Justice Democrats have been linked to George Soros) are creating congressmen they can control, out of money and very thin air.

Fox Censors Gingrich for Blurting Out the S-Word (‘Soros’): A Glitch in the Matrix