Do You Really Want God to Rend the Heavens? 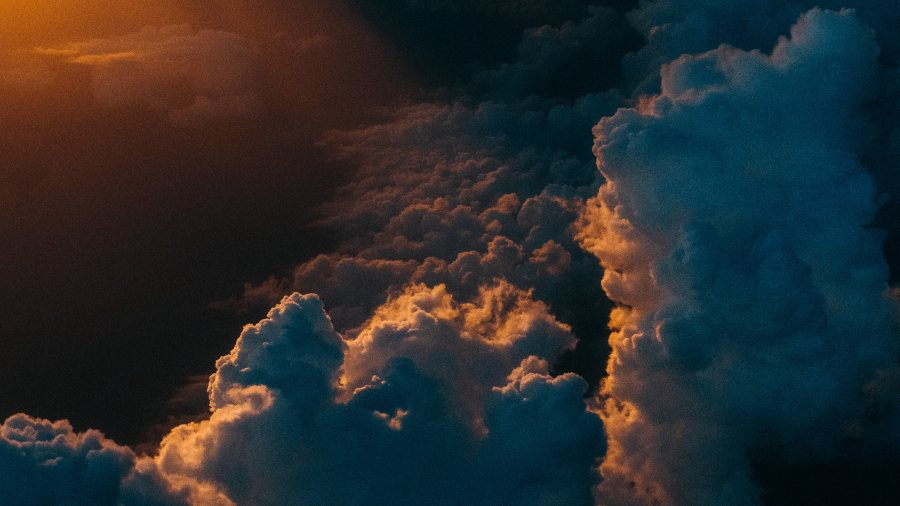 Decades ago, Gordon Cove challenged readers when he wrote, “You have not sought the Lord with ‘your whole heart’ until you have tried a protracted season of prayer and fasting.” Could a lack of prayer and fasting be one of the hindrances to a spiritual awakening? Absolutely! Desperate times call for desperate measures. A full stomach makes seeking God difficult, prayer hard and worship challenging.

Cove continues, “In many cases, where fasting has been added to the prayers, along with deep consecration and weeping before God, the answer has miraculously come to hand.” Fasting doesn’t twist God’s arm, but it does bend my knee. Fasting isn’t a work. It’s exchanging one appetite for a greater one.

The Spark That Ignites the Flame

My goal isn’t to overemphasize fasting, but it’s clear that fasting has fallen by the wayside and King Stomach is still on the throne. In reading about the spiritual renewals under the preaching of John Wycliffe, William Tyndale, Duncan Campbell, Evan Roberts, and the Puritans, as well as those in the First and Second Great Awakenings, I have found that, along with keeping the Word of God front and center, intense prayer and vigorous fasting were the sparks that ignited the flame. God heard the cry of His children. Fasting is more about desperation than discipline.

Granted, in the same way that we cannot produce a field of corn by making it rain, a spiritual awakening cannot be orchestrated. It’s God’s work alone, but we can prepare the soil of our heart by fully surrendering our lives. God revives those who submit themselves to Him with open and empty hands (Isaiah 57:15).

“You don’t want revival — it will ruin your schedule, your dignity, your image, and your reputation as a person who is “‘well balanced.'”

Jesus said that when He is taken away, His disciples would fast — notice He said, “when you fast,” not “if you fast” (Matthew 9:15; see also 6:16). The excuses range from “It’s not for us today” and the infamous “I’m just not convicted about fasting” to my personal favorite: “Fasting is legalistic.” Leonard Ravenhill was famous for saying, “When there’s something in the Bible that churches don’t like, they call it legalism,” and that definitely applies to excuses about fasting.

A.W. Pink, in Gleanings from Joshua, said, “It would indeed be strange if we apprehended how that on the one hand Canaan was a free gift unto Israel, which they entered by grace alone; and on the other, that they had to fight for every inch of it!” Although we are totally dependent on God, a spiritual awakening will not come without a fight.

In the book of Joel, the people’s provisions had dried up and withered away. They were desperate and despondent, but God didn’t give up on them. To show the magnitude of their sin and the need for humility, God told Joel to consecrate a fast and cry out to Him. Crying out, fasting and repentance were the sparks that ignited the flame (Joel 1:4–14; 2:12–17).

So Close, Yet So Far

Many people say they desire a spiritual awakening, but when it actually happens, they are often the first to criticize it. A spiritual awakening, especially in a corporate setting, deeply affects emotions because sin is brought to the surface and spiritual deficiencies are brutally exposed. Unless a person’s heart is tender and pliable, they don’t like those things happening to them. As a result, they develop a hard heart to deep movements of the Spirit. If I had a dollar for everyone who left the church because worship was too emotional and convicting, I’d have a nice slush fund.

I’m shooting you straight: the biggest critics of revival will be those who need it the most. Because the doctrine of the Holy Spirit exposes their complacency and lack of spiritual fervor and fire, they prefer to only talk about the Father, the Son, and the Holy Word. How truly sad it is — like a man dying of thirst in a boat on a beautiful lake, but too scared to jump in. They are barren, dry, and thirsty yet so close to living water.

Revival Has a Cost

I’ve released these closing paragraphs a few times over the years: in my series on revival and my new book, Oh God, Would You Rend the Heavens? Understanding and Contending for a Genuine Spiritual Awakening. The relevance is so important that I’d like to share it with those who may have never read it:

Nearly a decade ago, I prayed, “Lord, bring revival to the churches,” but I was not ready for the response that followed. After I prayed, it was almost as if God was saying,

You don’t want revival — it will ruin your schedule, your dignity, your image, and your reputation as a person who is “well balanced.” Men will weep throughout the congregation. Women will wail because of the travail of their own souls. Young adults will cry like children at the magnitude of their sin. With the strength of My presence, the worship team will cease playing. Time will seem to stand still. You won’t be able to preach because of the emotions flooding your own soul. You’ll struggle to find words but only find tears. Even the most dignified and reserved among you will be broken and humbled as little children. The proud and self-righteous will not be able to stand in My presence. The doubter and unbeliever will either run for fear or fall on their knees and worship Me — there can be no middle ground. The church will never be the same again.

Do you truly want revival? It will cost you. National revival begins with personal revival. We must look in the mirror, repent, and turn completely toward God. Take time now, and fully embrace His promises: “Return to Me, and I will return to you. If you seek Me, you will find Me. If you hunger, you will be filled. If you thirst, you will be satisfied.”