Do ‘Good’ Atheists Go to Heaven? 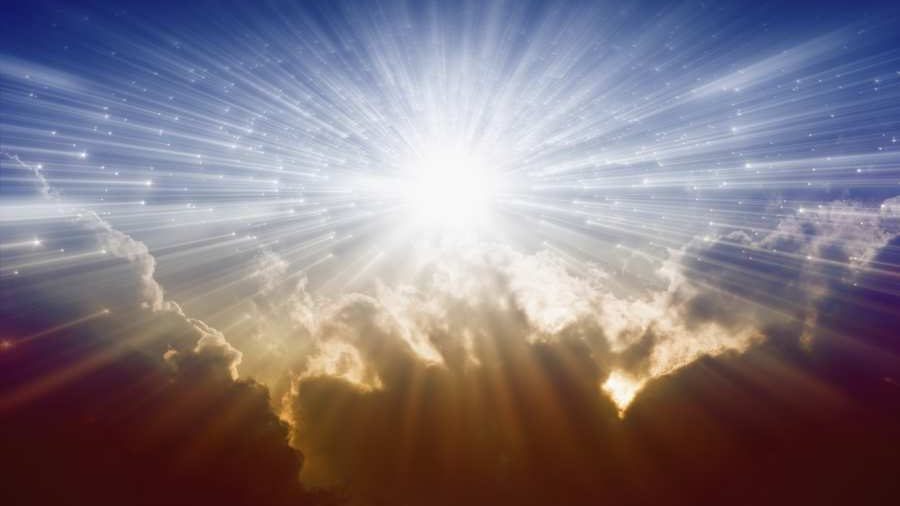 What do you say to a grieving boy, who asks you if his father, a recently dead atheist, is in heaven? A little boy asked Pope Francis that question. It’s a tough one — especially coming from that little boy. But, assuming the report is accurate, I don’t think the pope answered it quite correctly.

Both secular and liberal Catholic media are making much of the conversation depicted by Rome Reports. No doubt they see this private talk, which should have been left private, as a tool for advancing the “revolution of mercy.” That’s their nickname for Catholic faith that nudges and winks on sexual ethics and theology. Then thunders dogmatic answers on economics, immigration, and climate science.

A Young Boy Asks About His Dad

During “the pope’s encounter with children from the parish of St. Paul of the Cross,” the following exchange ensued:

“My father has been gone for a short time. He was an atheist, but he baptized his four children. He was a good man. Is Dad in Heaven?”

Seeing the young boy was unable to ask his question, the pope told him to whisper it in his ear. After a few moments of speaking with the child, Pope Francis asked him if he could reveal his question and he said yes.

“If only we could cry like Emanuele when we have pain in our hearts. He cries for his father who died, and had the courage to do so before us because there is love in his heart for his dad.

“My father died a short time ago. He was an atheist, but he baptized his four children. He was a good man. Is dad in Heaven?”

It’s nice that a son says that about his father, that he “was good.” If that man was able to raise his children like that, then he was a good man. God is proud of your father.” Do you think that God would be able to leave a man like him far from Him? Do you think that? Louder, with courage.”

Does God abandon His children?

Does God abandon His children when they are good?

Here, Emanuele, this is the answer. God surely was proud of your father, because it is easier when one is a believer to baptize his children, than to baptize them when you are an unbeliever. Surely God like this so much. Talk to your dad, pray for your dad. Thanks Emanuele for your courage.

Tear-Jerking in Service of Heresy

It’s unclear from the Rome Reports story whether all of what’s above is meant to be what Pope Francis said. Some may be editorializing on the website’s part. I really can’t tell. But it’s all in the same spirit.

What should we make of this? First, we should push back hard against attempts by secular media or secularizing Christians to present this as a doctrine. “Pope says atheists can be saved if they are ‘good.’” That’s heresy. I wouldn’t even call it Pelagianism, because Pelagius was a Christian. He simply thought that you could be a worthy Christian (i.e., avoid sin, serve the poor, and love both God and your neighbor) by your own human efforts. You didn’t need God’s constant help via grace.

Asserting that good behavior saves atheists is a new teaching entirely. In fact, I’d say it’s part of the broader liberal instinct in Christian circles. I call it Pelagianism with very low standards. Or Mini-Pelagianism. (Think of “Mini-Me” from the Austin Powers movies … a very tiny heretic.)

We can do all that God expects from us by our efforts because it isn’t very much. Just serve social justice, check your privilege, and as Google says, “Don’t be evil.” Needless to say, throughout the Gospels Jesus said something quite different.

I admit there’s an tough issue here. I wrote about this in 2012, in response to some Catholics who claim that very few souls are saved. And others who hope that all souls will be. As I said then:

The God who blindly saves everybody does indeed seem like C.S. Lewis’ “senile grandfather in heaven.” It’s hard to believe that such a God exists, or if so, to take him seriously. Eternity with him is just another inexorable stage in the cosmic process, as out of our hands as other things that we’ve endured without our consent — like conception and birth.

But a God who saves very few raises other issues: It is hard to believe that he is good. And we begin to doubt his competence: First he creates a mankind prone to a sin that will damn the whole race; then he sends a Redeemer who can only manage to pull a tiny remnant from the pit of eternal fire toward which the teeming billions of souls slide on a conveyor belt.

Is this the all-powerful, all-loving God with whom we would even want to spend eternity? Why? (Perhaps because the alternative is so gruesome.) But why buy into such a system in the first place — when instead you could dare to hope that God does not exist?

In preaching the faith, we must avoid the old salesman’s trick, the “bait-and-switch.” As apologists, we make hell understandable, and even perhaps acceptable, by pointing up the overwhelming mercy of God, the ocean of graces offered any soul, the relentlessness of a Love that hunts each sinner like a real-life Hound of Heaven.

Despite this mighty divine initiative to rescue every soul, God insists each soul accept his mercy. In this divine romance, no soul is raped. Those who really want to reject God are free to do so; His grace will take “No” for an answer.

The danger comes once someone has taken the “bait,” accepted the whole Catholic system, and granted that certain sinners may (and some surely have) rejected God’s offer. Then we are tempted to “switch” what we’re asking him to believe. We give him brochures on the fewness of the saved, we read him the very long list of mortal sins — with little talk of diminished culpability or purgatory — and show him the text of apparitions that suggest that hell is full and groaning at the seams. If he thinks things through, they completely undermine the arguments that convinced him that hell was reasonable in the first place.

We Are Speaking of Mysteries

These are very deep waters. Not ones I’d want to have to plunge when talking to a little boy whose father just died. Too harsh an answer might plant in his mind a trauma. And make the Gospel repulsive to him. (Some pagan tribes in Europe refused Christian evangelists who blithely told them all their ancestors were in hell.) Too saccharine an answer, such as Pope Francis seemed to give, makes faith seem quite irrelevant. A lifestyle accessory which it’s nice to have, but you can live without — eternally.

Asserting that good behavior saves atheists is a new teaching entirely. In fact, I’d say it’s part of the broader liberal instinct in Christian circles. I call it Pelagianism with very low standards. Or Mini-Pelagianism.

The Enemy, of course, would be fine with either outcome.

This is a pastoral, and not a doctrinal moment. That’s why it should have stayed private. But since Pope Francis seems to have wanted it made public, fine. What he said needs public correction. A better answer would have been something much more like this:

“Young man, you are speaking of mysteries. None of us knows for certain what happens to a soul when it meets God. Your father said he was an atheist, but are you even sure that’s true? He baptized you. He had you raised as a Christian. Would you teach your child something you were certain was a lie? Perhaps on some level your father did believe. We can’t know for sure. It’s between him and God. So pray for your father, always. And imagine the man you knew meeting a loving God. And leave such mysteries for the next life, when all our questions will be answered.”