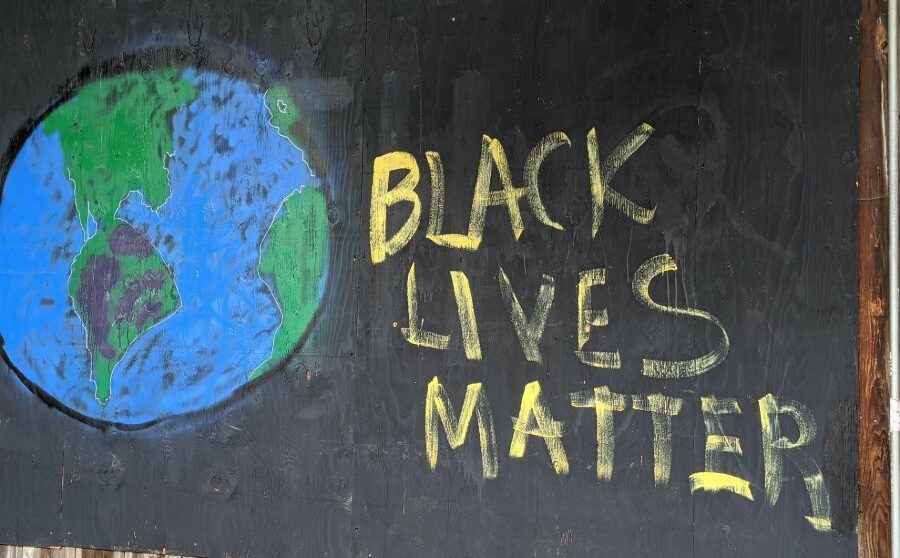 I was a slave in Sudan. For 10 years I served my master as a goat herder. After two failed attempts, in 1996 I escaped and finally made my way to the U.S. where I’ve shared my story on college campuses and published a book on human bondage.

I am black, and so I’ve closely monitored the calls here for racial justice made in the wake of the death of George Floyd. Some of America’s most prominent politicians, athletes, celebrities and scholars have spoken out, to the cheers of millions. The launch of Black Lives Matters gave me hope: when black lives matter in the United States, they will surely have to matter in Africa. This meant, I thought, that I was a step closer to my goal of raising awareness here to the horrors that my African people continue to endure. I have been sorely disappointed.

Created in 2013, BLM says it is a global organization tasked with eradicating white supremacy and building local power to intervene against violence inflicted on black communities. BLM presents itself as the modern international champion of racial justice. Upon research, however, I realized something strange: that the organization’s main focus outside of the United States was Israel. There are no black slaves in Israel; indeed, blacks from Sudan who’ve escaped from there have been treated relatively well. But where is BLM on today’s black slaves?

My African brothers and sisters need to be liberated now.

This is not a brand new question for me. Upon my arrival in America in 1999, I began asking a similar question: Why were the United States, Europe and the United Nations ignoring the mass killings and the mass enslavement of blacks in Sudan? After all, all of them had recently campaigned against apartheid in South Africa. Slaughter and slavery in Sudan were not hidden from them. There were news reports, and studies by Amnesty International, but for decades no human rights movement mobilized to stop the genocide or to free the slaves. Finally, a few small groups — I work for one, the American Anti-Slavery Group (AASG) — stepped up to do the work. Indeed, they helped stop the war and, amazingly, they freed tens of thousands of slaves.

Today, the failure of BLM to even discuss the horrific crimes against blacks happening in Africa brings me back to that original question: Why the silence about an ongoing trade in black people in Africa, especially from an international black activist organization?

Here’s my best guess: For many, it seems, the decision to speak out against human rights abuses depends more on the perpetrator’s religion or skin color than on the crime itself.

Dr. Charles Jacobs, the founder of the AASG, refers to this as the “human rights complex.” He once suggested that if my people, the Dinka, would have been enslaved by whites, Christians or Jews rather than by Arab Muslims, they would not have been abandoned by the human rights establishment. I have discussed this theory with hundreds of people, everywhere I go. I have found nobody who denies it.

I believe Westerners fear being charged with hypocrisy if they criticize non-white people for committing crimes that were previously committed in the West. Many whites think they have to deal with their own history and the legacy of human bondage before they deal with other perpetrators. I think this is morally wrong, but I understand it. On the other hand, it is outrageous to me to see the Black Lives Matter movement claim a near global monopoly on the fight for racial justice while the most horrific crimes against humanity — based on racial and religious senses of supremacy — are committed in countries around the world. BLM is not a movement exclusively created or led by whites who feel historical guilt. It is a movement, it claims, of black liberation. My African brothers and sisters need to be liberated now.

In 2017, CNN obtained video of a slave auction in Libya where two black men were sold for the equivalent of $400 apiece. In Mauritania, black Africans who were converted to Islam generations ago are still enslaved by Arabo-Berbers, in numbers reported to be approaching or above half a million. In Nigeria, there is an Islamic “holy war” against Christian Africans. As in Sudan, villages are stormed, people killed, girls and women kidnapped and enslaved. Michelle Obama was shocked. In 2014, she initiated a “#BringBackOurGirls” effort, but it lasted only a few news cycles. And in Arab Algeria, as in Libya, blacks from central Africa who seek to escape poverty and violence in Europe are captured and sold as slaves.

The Plight is Politicized

If the West continues to politicize the plight of these Christian and Muslim Africans in bondage, the slaves will become victims twice over — of enslavement in their own country, and of the disinterest of the advanced nations in the West, even and especially among their black populations.

As organizations and political parties continue to wrestle with the notion of racial injustice in America, moral leadership demands that we look beyond our borders. As Dr. Martin Luther King famously said: “No one is free until we are all free.”

Francis Buk is communications director for the American Anti-Slavery Group. He has been featured in the Boston Globe, Christian Science Monitor, Wall Street Journal, NPR, and many other publications. You can get in touch with the AASG through its website.