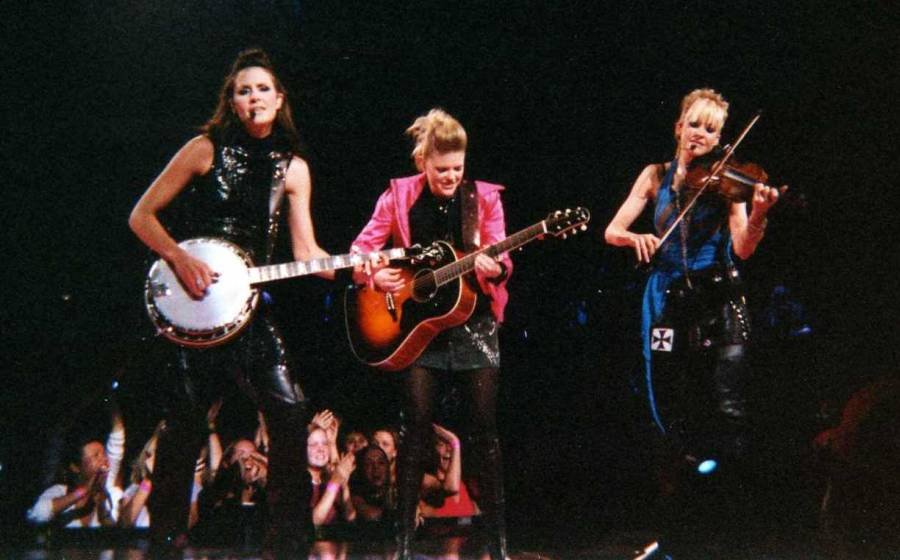 Country greats The Dixie Chicks announced Thursday that they are dropping “Dixie” from their name, and will now be known as The Chicks. (Until, as Sean Spicer points out, Feminists get their feathers in an uproar.)

“We want to meet this moment,” the trio said. They didn’t meet the moment. They ran from it.

When I heard the news I immediately flashed on the opening seconds of the classic U2 concert documentary Rattle & Hum. Launching into a ferocious version of the song “Helter Skelter,” lead singer Bono declares, “This is a song Charles Manson stole from The Beatles. We’re stealing it back!”

The Dixie Chicks similarly could have stood up and said, “Confederates and racists took Dixie from the South. We’re taking it back.” They could have used their already famous band name, and pushed the positive aspects of Southern culture. If any cancel culture warrior pressed them about the name the trio could have even pointed out they got the name from a Little Feat album called Dixie Chicken.

Instead, by eliminating Dixie from their name, they symbolically condemn as racists any southerner with southern pride. (Including the white southerners who made them rich and famous. And the great band that gave them inspiration.) All in the name of wokeness.

So what’s with the word “Dixie” anyway?

Abraham Lincoln Took the Song Back

“Dixie” is the name of the song that became the unofficial Confederate anthem. It was written in the late 1850s by an Ohio-born minstrel show composer named Daniel Decatur Emmett, a few years before the start of the Civil War. (Yes, “Dixie” was written by a northerner, to the consternation of southerners of the era.) However, the term “Dixie” representing the South had been around before then. According to History.com, there are different stories as to where the term came from. The two most probable theories:

Second: The term “dixie” emerged out of New Orleans before the Civil War. A New Orleans bank “issued ten-dollar notes with “dix” — the French word for “ten” — written on one side. The widely circulated bills became known as ‘Dixies,’ and some argue the term was later appropriated as a geographical nickname, first for New Orleans and Louisiana and then for the entire South.”

The song did become a rallying cry for the rebels. No mistaking that. And that racial tinge to the term lingered.

Lincoln Snatches It Back

Yet in his first public appearance after the end of the Civil War, Abe Lincoln made a determined effort to snatch it back.

I propose now closing up by requesting you play a certain piece of music or a tune. I thought “Dixie” one of the best tunes I ever heard. … I had heard that our adversaries over the way had attempted to appropriate it. I insisted yesterday that we had fairly captured it. … I presented the question to the Attorney-General, and he gave his opinion that it is our lawful prize. … I ask the Band to give us a good turn upon it.

The crowd gathered at the White House wasn’t all too happy. But Lincoln was interested in reconciliation. Not playing to the passions of the mob. He was not going to let a good thing be defined by the bad. He wasn’t going to let a misappropriation stand.

The Chicks have the passion and talent to continue shoving the negative associations with Dixie into the dustbin of history, to claim, like Lincoln, the best of Dixie as 2020’s “lawful prize.” The band could have “given us a good turn upon it.”

The Chicks said “We want to meet this moment.” (And that was all the explanation they gave.) What does the moment require? Retrieval. Purification. Rescuing something good from the people who tried to ruin it. They chose their name because they believed “Dixie” represented something good. Have they changed their minds? Do they now despise the South?

Probably not. But they don’t care enough about it to make it better. They’d rather be woke. And being woke means taking the path of least resistance.