"If we lose this fight for women, we have lost everything." 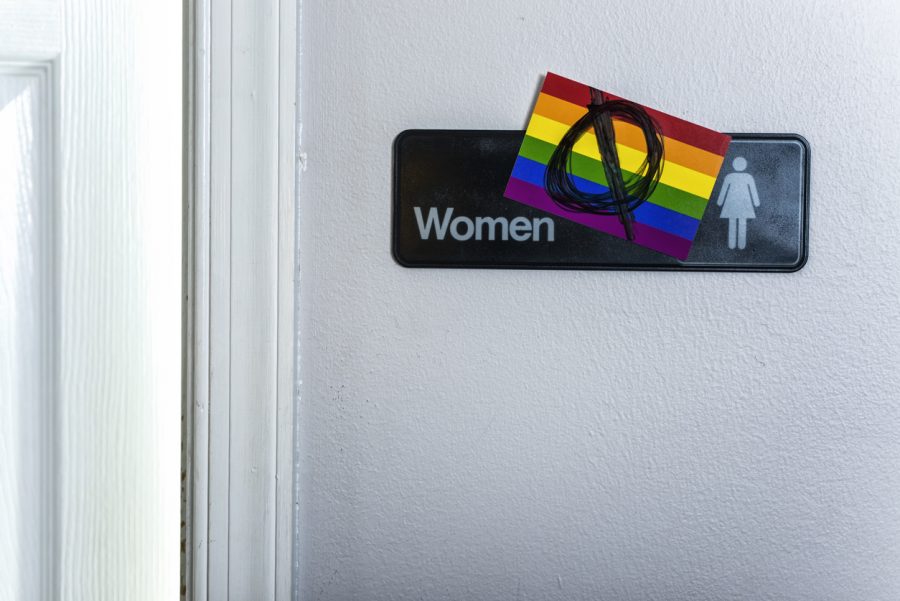 The panel, called “Biology Isn’t Bigotry,” zeroed in on why policies that equate gender identity with biological sex are bad for women, children and the nation — and why many women of diverse backgrounds and beliefs feel endangered or marginalized because of them.

As noted on the event’s webpage, Shalom was the first person to be reinstated into the U.S. Military after she was discharged for being an open lesbian. But now, she says, she’s being silenced and “put under the bus” for speaking out against transgender activism.

Triller Haver, a rape survivor and advocate for women’s privacy rights, was working as a communications director for the YMCA when it announced a new policy to let biological men into women’s locker rooms. When she tried to explain to her boss why the policy was a bad idea, he told her she was probably being close-minded. Later, she was fired.

Kami Mueller is the Communications Director for the Republican Party in North Carolina. That placed her on the front lines during the HB2 battle that came after the city of Charlotte passed an open-bathroom policy.

Mary Lou Singleton described herself as a longtime leftist and women’s liberation activist. “My entire life work is fighting for the class of people who are oppressed on the basis of their sex,” she said. These include women and girls around the world who are aborted, mutilated and exploited every day. Now, transgender activists tell her that it’s “transphobic” to call those people “women and girls.”

Emily Zino is a stay-at-home Catholic mom of seven who fights to protect women and children’s privacy.

“Our sex is who we are. It can’t be amputated from our body like a limb,” Zino, unable to attend the panel in person due to a family illness, said in a statement read by Shalom.

For Shalom, fighting transgender activism is a matter of truth. “Biology isn’t bigotry,” she said. “Biology is the truth.”

But a lot of people having lying to each other and to themselves, she said. She quoted Thomas Paine’s The Age of Reason: “It is impossible to calculate the moral mischief, if I may so express it, that mental lying has produced in society.”

Standing up for biological sex as opposed to gender identity is a matter of reason. As Voltaire warned, “Those who can make you believe absurdities can make you commit atrocities.”

As a teacher, Shalom believes pushing transgender activism on children is child abuse. “In this culture you cannot vote until you’re 18, drink until you’re 21,” she pointed out. Yet children in kindergarten are given “all kinds of chemicals. It doesn’t compute in my mind.”

Singleton emphasized that standing up for biological sex as opposed to gender identity is a matter of reason. “Those who can make you believe absurdities can make you commit atrocities,” she said, quoting French philosopher Voltaire. She knows several adults now upset that their parents let them undergo sexual transitions as children. She cited studies revealing that suicide rates among transgender people are higher after they’ve had sex change surgery.

As a midwife who has delivered babies at home for years, Singleton rejected the notion that gender was merely a social construct. That’s a talking point of many liberal and transgender activists, but “The cognitive dissonance is mind blowing to me,” she said.

“Don’t just fight on the basis of religious freedom,” she asked conservatives, noting that the transgender ideology poses a threat to the non-religious as well as people of faith.

The panelists agreed that the gender identity debate isn’t actually about inclusivity, as transgender activists claim.

“The real issue here is male violence,” Shalom said. If “transwomen” — biological males identifying as females — were really women, they would sit down and talk civilly with women concerned about their demands. Instead, they force women to give up their private, safe spaces, all while men-only spaces are still left uncontested.

The real issue here is male violence. If “transwomen” — biological males identifying as females — were really women, they would talk with women concerned about their demands. Instead, they force women to give up their private, safe spaces, all while men-only spaces are still left uncontested.

That bothers Mueller, too. A former NCAA golfer, Mueller noted that she has seven nieces and nephews who live in Charlotte, North Carolina. She says the fight chose her when the city decided to allow biological men in women’s restrooms. “The idea that my niece would be approached perhaps in a shower or to see male genitalia for the first time as a young girl grieved me,” she said.

Mueller’s concern isn’t irrational, according to Triller Haver, for whom the issue is extremely personal. Triller Haver was told from a young age that if she didn’t compromise her personal boundaries, she was being unloving. It was her sexual abuser who told her that. Even as a basketball player in college, she still showered in her underwear out of fear.

As a communications director at the YMCA, Triller Haver carefully monitored the locker rooms. Even still, she’d often discover abuses at the facility only after it was too late. “I know what happens in those locker rooms,” she said.

For sexual abuse survivors afraid to share a restroom with a biological male, it’s not enough to tell them that abuse is already against the law, Triller Haver said. That only means that sexual predators may be punished after the fact. It does nothing to prevent predators who may take advantage of transgender bathroom policies.

“Legal Erasure of Women and Girls”

During the question and answer period following the panel, one reporter asked Singleton why more feminists didn’t stand up against transgender activism. Singleton said it’s because many are afraid.

Singleton says she has been called a bigot, received death and rape threats, and been the victim of a campaign calling for the removal of her medical license. She was even accused of a hate crime for “refusing to honor the preferred pronouns of a serial child rapist,” she said.

Taking a stand isn’t an option. America is witnessing the legal erasure of women and girls. If we lose this fight for women, we have lost everything.

Other women who dare to speak out have been threatened with losing their job or have actually been fired, she said.

Shalom has also received violent threats for taking a stand, but isn’t letting that stop her. “I will not be censored and I will not be silenced by them,” she said.

She wanted conservatives to know that many gay, lesbian and bisexual people are unhappy with the transgender movement. She hoped conservatives wouldn’t throw people like her under the bus as others in the LGBT community have done.

Triller Haver called the push back against women who speak out on this issue abusive. “Sixty percent of abuse survivors never speak up,” she said. When they do speak up about the dangers of transgender policies, they’re often called bigots. “That’s not okay.”

Shalom wants to encourage women to keep standing up about this issue and unite across the the political aisle. “I wish women would start looking within ourselves to see the power that lies within us.”

Singleton added that for every threat she receives, she receives numerous messages from women who say they agree with her, but are afraid to take a stand. For her, taking a stand isn’t an option.

America is witnessing the “legal erasure of women and girls,” she said. “If we lose this fight for women, we have lost everything.”

Watch the full video from the live stream below.