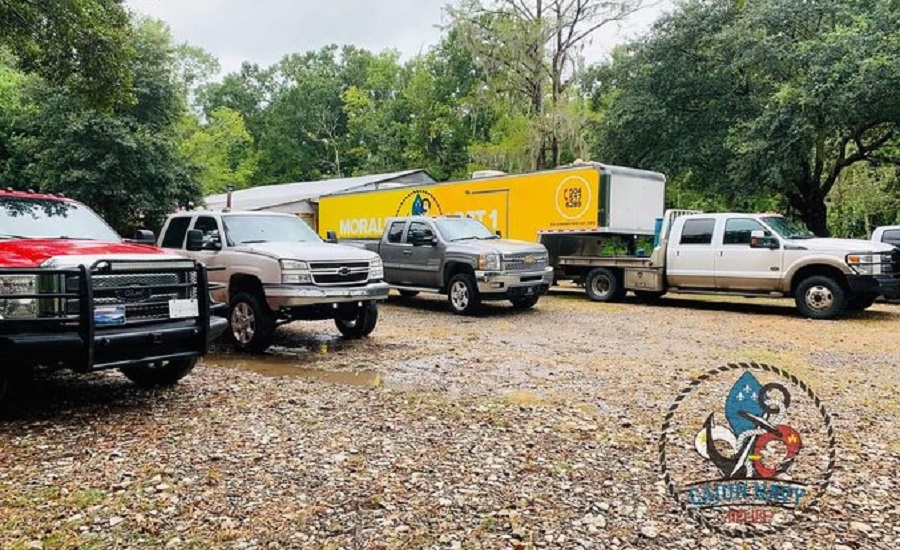 In the aftermath of Hurricane Laura, which pounded Southwest Louisiana and is expected to cause damage further inland, responders are packing up relief supplies to help those in the devastated areas.

Some of the responding organizations include:

As the sun comes over Lake Charles, Guardsmen deploy to clear roadways to assess damages from #Laura. #ProtectWhatMatters pic.twitter.com/xf1ZWVvf8p

We are staged up in Jennings, La. waiting on Hurricane Laura to join the party! Y’all stay safe! @CW39Houston @ltgrusselhonore @cajun_navy pic.twitter.com/vDd12ZDAOI

The Cajun Navy also asked for prayers. “Please keep all of our volunteers in your thoughts and prayers. Our boaters as they begin to embark on this trying path. Leaving their families to come and help others all while risking their own lives.” They added: “Our dispatchers and volunteers whom answer those panicked calls for help. As well as everyone that is in the path of this hurricane. ‘Look for the helpers, you will always find people who are helping.’ Mr. Rogers. #CajunNavy #CajunNavyRelief #CNR #USAR #HurricaneLaura.”

2/2 Our dispatchers and volunteers whom answer those panicked calls for help. As well as everyone that is in the path of this hurricane.

Please continue to be in prayer for those affected by the hurricane.