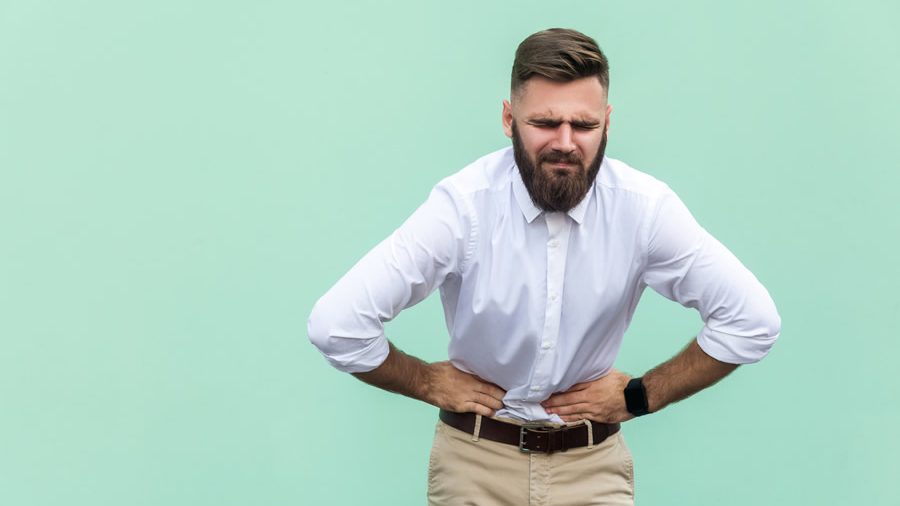 This is the sixth piece in a series on fasting. Read the entire series here.

We’ve tackled all the obstacles to real fasting except the … main one. For most of us, it seems too hard. Unless you’re from, say, Crete or Saudi Arabia, you probably think, “I can’t do it: I need to eat every four hours. If I fast, I’ll be so miserable I won’t be able to focus on anything else. And then I’ll be so hangry a family member might get buried in the backyard. How can that bring me closer to God?”

These aren’t crazy thoughts. We’ve all missed a meal and felt famished. We search in panic for the fastest relief we can find — Pringles, M&Ms, Krispy Kremes. Just imagine how bad it would be if we missed two or three meals in a row! First-degree murder starts to seem possible.

What you may not realize is that this is not normal. At least it’s not normal for humans historically. If you’re like most people these days, what and how you eat is without precedent in history. Our way of eating creates a near-constant need for food, preferably carb-rich. Rather than moving from a fasted to a fed state and then back to a fasted state, we stay in the fed state for almost all of our waking hours. That’s not how God designed our bodies to work best. In fact, if God designed us that way, the human race would have gone extinct long before we reached our present age of food abundance.

A Sacrifice, Not Torture

Fasting is meant to be a sacrifice. It’s not meant to be agony. Think of Jesus’ words, “My yoke is easy and my burden is light.” (Matthew 11:30) We’re supposed to bear that yoke and burden daily. Do people attack you for your faith on Twitter? Join the club. Do you have to resist temptation every day? Welcome to the human race. Do you get distracted when you try to pray more than fifteen minutes at a time? Keep trying.

These are the burdens we’re supposed to bear.

We are victims of abundance. Few of us know the pangs of true hunger. What we feel when it’s time for lunch is mostly due to habit. We’re like Pavlov’s dog who salivated when he heard the bell that he had learned to associate with food.

Does that mean modern farming and technology is bad and we should all return to caves — or at least to a medieval village — and starve ourselves during the long winter? No. It just means that our abundance has costs that we need to mitigate.

We should thank God that few people in developed countries starve or die from food-borne disease. We should also thank God that we spend far less of our time and money to get food than our grandparents did.

But there’s a non-bright side to this story. Some of it is due to abundance but some is due to bad information.

Here’s a short summary of our problem:

Together, these ingredients make real fasting far too painful for most people to endure.

Fasting By Choice Rather Than Necessity

If you want to make fasting part of your lifestyle, these facts are like dyspeptic fat trolls guarding the entrance to the Promised Land. In earlier centuries, people fasted in part because they had to. They didn’t have Froot Loops on hand every minute of every day. Nor did they need constant infusions of sugar like we do.

This means we have to go out of our way to cultivate a fasting lifestyle.

But there’s good news. It’s not that hard to take out the trolls and slip past them.

You see, (1) is false. Natural dietary fat, including animal fat, is your friend. We should reject the recent shift to low fat and high sugar foods.

Once you adjust to this, it takes just a little effort and forethought to overcome (3) – (8) and make fasting (and a little feasting) a permanent part of our lifestyle.

Next, I pinkie promise that I’ll finally start to explain how to ease into and then maintain a fasting lifestyle. And I promise that we’ll discuss the benefits of fasting before Holy Week starts.