How Christians Engaged vs. the IRS woke up the Church and protected First Amendment rights for all. 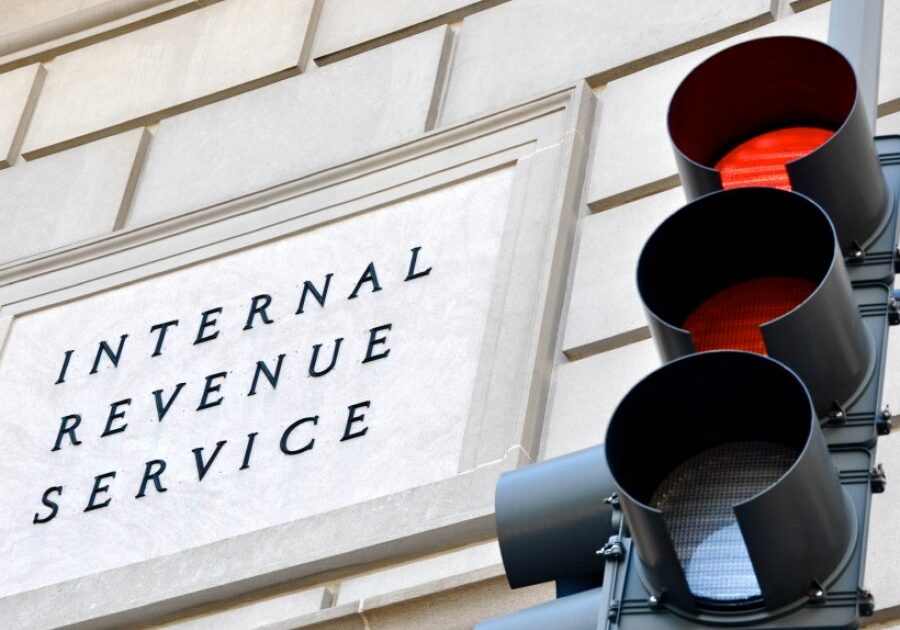 Just 21 days. That was all it took for one of the most dreaded agencies in America to reverse course.

This is the story of how our little Christian non-partisan non-profit appealed a wrongful decision by the Internal Revenue Service and won. It is not just a victory for our organization, our supporters, and First Liberty Institute, our legal counsel. This win is for every Christian organization in America that teaches the Bible.

We read bad news every day. Today, hear some good news — an encouraging instance where the IRS changed course — because ordinary Americans chose to pray and engage.

This is a story of hope.

Is the Bible a Partisan Document?

On May 18, 2021, after 18 months of waiting, I finally had it. A certified letter in my hand from the Internal Revenue Service concerning the application for tax-exempt status for our Christian para-church ministry, Christians Engaged.

In those 18 months, I had worked patiently with the IRS as it reviewed our application. Then, I waited — for almost a year — with no response. Eventually, I had to open a constituent case with my Member of Congress.

As an organization, we had raised over $100,000 in 2020, from supporters who were waiting patiently for their tax deductions. We were ready to start growing our organization throughout Texas and eventually expand to other states.

At last the letter arrived. I was shocked to read the black and white on the page.

It denied us our 501(c)(3) status because in the IRS’ own words, “[b]ible teachings are typically affiliated with the [Republican] party and candidates. This disqualifies you from exemption under IRC Section 501(c)(3).”

What?! Had I read that correctly?

The IRS went on to say:

Information you present and on your website is not neutral. You instruct individuals on how Christians should use the Bible and vote the Bible.

For example, you educate believers on national issues that are central to their belief in the Bible as the inerrant Word of God. Specifically, you educate Christians on what the bible says in areas where they can be instrumental including the areas of sanctity of life, the definition of marriage, biblical justice, freedom of speech, defense, and borders and immigration, U.S. and Israel relations.

Thousands of Years Before the First Political Party

What could this precedent mean, not only for us, but for every Christian organization? I’d thought the Bible was a Kingdom document. It was established as the Word of God thousands of years before any political party came into being. How could teaching the Bible be a partisan exercise?

Here at Christians Engaged, we never endorse candidates or political parties. We only give people practical education on their civic duties and how to build habits of prayer, voting and engagement in their lives.

For the IRS to say that “biblical teachings” were in essence political speech could potentially hurt every 501(c)(3) Christian organization in America — including churches — that discussed its biblical perspective about public issues.

The Church Wakes Up

As a fledgling organization, we operated by faith. We had invested all our money in 2020 and early 2021 growing our outreach ministry — going into churches without any obligation from them and building out more resources to educate believers across denominational lines. We simply didn’t have the money to file an appeal to the IRS in the less than 30 days allocated.

Thankfully, I knew who to call: our friends at First Liberty Institute in Plano, Texas.

Led by Kelly Shackleford, First Liberty Institute is the largest legal organization in the nation dedicated exclusively to defending religious liberty for all Americans. They believe that every American of any faith — or no faith at all — has a fundamental right to follow his conscience and live according to his beliefs.

The staff at First Liberty took the case and immediately went to work.

An Explosion of Interest

On Wednesday June 16, we filed our appeal with the IRS and distributed a press release to shed a little light on this important issue. And did the light ever shine!

By Thursday night, I was on Shannon Bream’s show on Fox News with First Liberty counsel Lea Patterson. By the weekend we were the top Sunday story on Breitbart, had appeared on Fox and Friends, and saw our story covered by most Christian and conservative publications including Charisma, Decision (Franklin Graham), and even Newsweek.

On June 25, Rep. Chip Roy (TX-21) and Sen. Mike Lee (UT) sent a letter to the IRS Commissioner, along with 13 other Senators and Representatives, asking him to look into this case. Then on June 30, Rep. Kevin Brady (TX-8) and Rep. Jim Jordan (OH-4) sent a letter to the Treasury Department requesting an investigation.

While all of this was going on, hundreds of people from around the country took our pledge to pray, vote, and engage. We received emails and phone calls that people were sending letters to the IRS. People were outraged, but they were moving to prayer and action.

And all this was an answer to my prayers — the Church was waking up, and God was using a bad situation to make a difference for all our good.

How Often Does the IRS Apologize?

Then on July 1 — just 15 days after our appeal letter — I received a call from the IRS. And I stood there in shock as the IRS representative apologized. He informed me that Christians Engaged would be receiving tax-exempt status after all.

I am incredibly thankful that the IRS made this right.

On July 7, 21 days after sending our appeal letter, we had our victory letter in hand.

National Implications for Every Christian

Christians Engaged versus the IRS is a story that should be told far and wide. It demonstrates to all of us in bright vivid color that if we stand up, our republic works. This should leave us all with hope and more commitment to pay attention than ever before.

This huge victory is not about us. It was about every prayer, every letter to the IRS, every person who shared our story on social media. And about citizens who voted in courageous representatives that stood up and pushed back against government encroachment. Only government can take away our rights, which is why getting involved with our local, state, and federal governments matter.

God worked a miracle in this case. But He used His people from Texas to Capitol Hill to be light and salt to protect our liberties. Every prayer, vote, and form of engagement matters.

Our story should give people greater hope for America.

Bunni Pounds is President of Christians Engaged. She is a lover of Jesus, former Congressional candidate, fifteen-year political consultant, and preacher of the gospel. Connect with her on Facebook @bunnipoundsTX, Twitter @bunnipounds, or Instagram @bunnipounds.