Did the Government Need to Kill Lisa Montgomery? 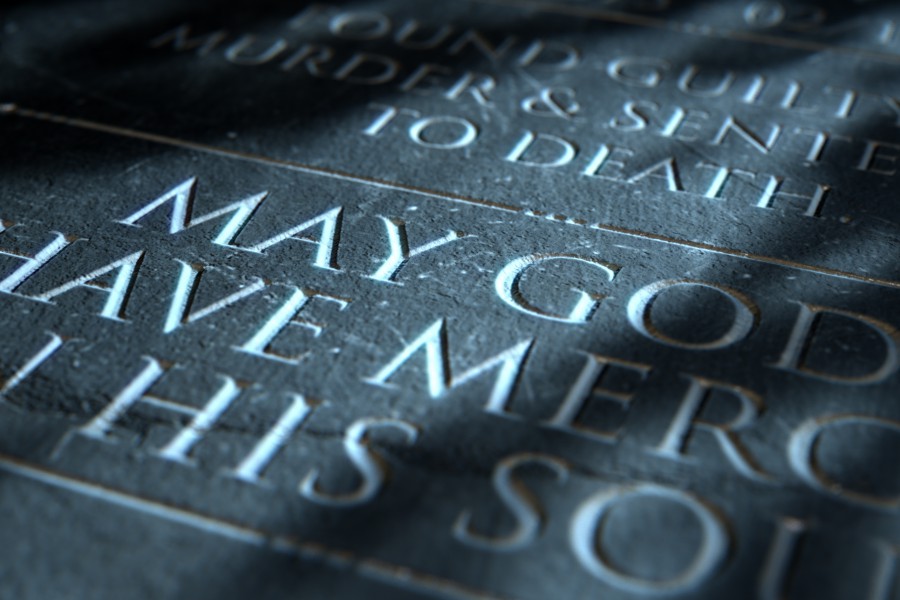 Early Wednesday morning, the federal government executed the first woman in 67 years. Lisa Montgomery was also the 11th person killed since the president and the attorney general resumed federal executions last July, after a break of 17 years (over three years of that the Trump administration’s).

Montgomery committed a horrible crime. In 2004, she kidnapped a pregnant woman, strangled her, and cut out her baby. She took the child as her own. The police arrested her the next day. At the end of her trial, the jury quickly convicted her of pre-meditated murder and the judge imposed the death penalty. Years of appeals failed, including a final appeal Tuesday evening to the Supreme Court.

Christianity and the Death Penalty

Most Christian traditions accept the death penalty, with variations. An article from Charles Colson’s Prison Fellowship gives the arguments that Scripture mandates capital punishment, prohibits it, and permits it. (The complete paper can be read here.)

The earliest Christians had mixed views. The majority opposed it in practice, but that began to change in the early Middle Ages. From the later Middle Ages through the last century, almost every Christian tradition believed in it. In England, it could be applied for trivial crimes, like pick-pocketing and cutting down trees, though juries seemed to have tried to avoid it.

Today, Christians disagree, often bitterly. See, for example, the exchange between David Bentley Hart (very much against) and Edward Feser (very much for). (The second runs very long. You have to scroll down a ways to get to his arguments.)

The disagreement no longer falls easily along political lines. Opposition once came mostly from political liberals. Not so much anymore. The signers to a statement issued by  Conservatives Concerned About the Death Penalty includes some of the movement’s heavy hitters.

The October 2019 statement begins “We have come to the conclusion that the death penalty does not work and can’t be made to work, not in spite of our conservative principles, but because of them.” Signers include pro-life leader Abby Johnson, Brent Bozell of the Media Research Center, Libertarian leader Ron Paul, and Trump’s lawyer Jay Sekulow. (All four are Christians, by the way.) The list includes the heads or former heads of groups like the American Conservative Union, Young Americans for Freedom, and the Foundation for Economic Education.

Should the state have executed Lisa Montgomery? She committed a brutal crime, so the answer seems obviously yes, if you believe in the death penalty. But there is more to be said.

Lisa Montgomery was one of the least of these. She had been robbed of a healthy mind the way the traveller had been robbed and beaten and left for dead in the parable of the Good Samaritan. But no good samaritan ever found her.

As the English writer Victoria Seed explains, writing before the execution: Psychiatrists found that she suffered from bipolar disorder, temporal lobe epilepsy, a dissociative disorder, and perhaps most important, Complex Post-Traumatic Stress Disorder, which is much worse than regular PTSD.

“She requires heavy medication to prevent complete psychotic breaks of the type she was experiencing whilst committing murder and kidnap,” Seed explains. “Her brokenness has a common cause: sadistic childhood sexual abuse.”

Seed describes the abuse in another article. (A longer, more detailed history can be read here.) Her stepfather started raping her when she was young. Jack Kleiner “would kick, punch, strangle and rape her. He invited his friends to do the same. Lisa Montgomery’s mother, Judy Shaughnessy, would pimp Lisa to men in exchange for money and services. Men gang raped Lisa Montgomery throughout her teenage years. Men would beat her for ‘doing it wrong’ and urinate on her when they were finished.” At 18, she was pushed into marrying her stepbrother, “who would routinely film himself raping and sexually torturing her.”

Physical evidence supported the history. Brain scans “revealed a physical picture consistent with these diagnoses and also showed clear evidence of serious brain damage.” Some she was probably born with, from her mother’s severe alcoholism, but much probably came from the extreme abuse she suffered. Her damaged brain did not work right.

Should She Have Been Executed?

Her defense team, bafflingly, did not present this evidence to the court. The jury convicted her and the judge imposed the sentence of death. Her appeals failed. Appeals courts rarely overturn a jury’s decision, on the assumption that the jury could most reliably judge guilt or innocence. Even were that true in general, it was not true in this case.

Maybe the jury would have ruled differently had her lawyers defended her better. It’s sobering to think that someone’s life, your life, may depend on the quality of your public defender.

It’s very hard to see how someone so damaged could safely be judged responsible for her actions. Responsible enough to be executed for them.

Those of us who have cared for people who suffered less severe delusions know how deeply very good people can believe things that are wildly untrue. We know how easily people under such stress can act out, and how they can believe violence justified and even necessary. We know how they may someday snap and give in completely to the delusion.

Is It Right in Practice?

The death penalty may be defensible in theory. As I say, Christians disagree. But just because it’s defensible in theory doesn’t mean it’s right in any particular case. Is the person truly guilty? Does her crime include mitigating circumstances? Has she changed since then? Does the state need to kill her?

The Prison Fellowship article ended with a section asking under what conditions could the death penalty be applied. Two of its five conditions apply to Lisa Montgomery’s case, and the case of anyone like her.

First, “Numbers 35:22-24 established that capital punishment could not be imposed when the offender did not act intentionally.” The passage says that if the accused killed by accident, without malice, he is innocent. Someone suffering a psychotic break can be seen as acting without malice, without a conscious, chosen hatred.

Second, “Although the Law may sound bloodthirsty, it was applied with great restraint. In Ezekiel 33:11 God laments, ‘As sure as I live . . . I take no pleasure in the death of the wicked, but rather that they turn from their ways and live.’ The Lawgiver Himself was reluctant to impose the death penalty, preferring that the wrongdoers repent. Reluctance is not refusal. But it does imply that execution should be a last resort, and, as Ezekiel 33 suggests, repentance or contrition could commute the death sentence.”

She Should Not Have Been Killed

Both biblical conditions apply to Lisa Montgomery. She had not acted in malice as Scripture understands it. She had repented and turned to God when on her medicines and in her right mind. If she needed to be punished or was still a danger to others or to herself, she could have been kept in prison. The state did not need to kill her.

And the state did not need to add final humiliations. The guards removed her wedding ring and kept her spiritual advisor away, when she wanted him there to sing “Jesus Loves You” to her. A pointless cruelty. Unless cruelty is the purpose.

There is one thing more to be said. People who would execute a woman like Lisa Montgomery cannot be trusted with the power of life and death. If some Christians want to sustain the death penalty, they must work hard to make sure it’s applied only to the truly guilty.

They should be excruciatingly careful not to urge the killing of those who do not deserve to die. Otherwise, , like giving a loaded gun to a toddler, they simply give a weapon to people who should not have it. Who might use it against you, or someone you love, or against the least of these.

Why Jesus Spoke of Prisoners as if He Were One