Did Jesus Say, ‘God Loves You’? 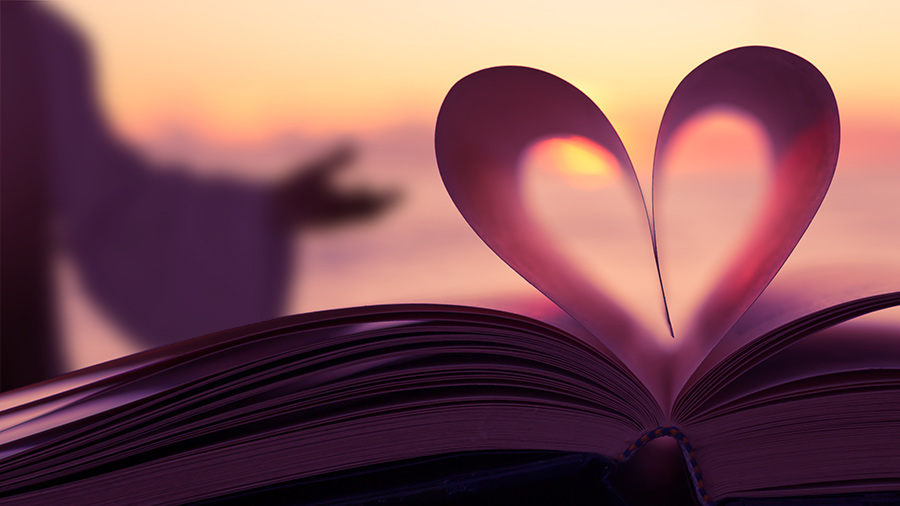 It was just a snippet of what I’d read that morning in a devotional prayer book, but I decided to share it on Twitter and Facebook. Surely, others would find it uplifting and comforting as well. And many people certainly did. Two people, however, had a rather different take, and their responses definitely got me thinking.

Here is what I shared:

The entire Bible is nothing other than the news of God’s mysterious, incomprehensible love for people. If the whole of Scripture were to start talking at once, if by some miracle the written words were transformed into speech, that voice would be more powerful than the waves of the sea, and it would cry out, “God loves you!”

Not so fast, my two respondents said. Jesus Christ is the Living Word of God, and we know what He said. He didn’t go around telling people, “God loves you!”

That’s true. Jesus certainly is the Word made flesh, and He did not go from town to town telling people, “God loves you.”

So What Did He Say, Then?

Matthew’s gospel tells us that following forty days of temptation in the wilderness, Jesus went to Capernaum and “From that time, Jesus began to preach, saying, “Repent, for the kingdom of heaven is at hand.” (Matthew 4:17)

He preached “the gospel of the kingdom.” He healed people’s diseases and cast out demons. He said the blessed were the poor in spirit, the mourners, the meek, the merciful, the ones who seek righteousness, and the pure in heart. He told the people they were to be salt and light in the world. He said He had come not to abolish the law but to fulfill the law and the prophets.

When Jesus spoke about love, it was to command us to love!

And then He expounded on those laws concerning anger, adultery, divorce, retaliation, swearing oaths, and alms-giving. He said it wasn’t enough that we love our friends, but we must love our enemies. This we must do in order to become perfect, as our heavenly Father is perfect.

He taught us how to pray. He told us to forgive those who trespass against us and we would be forgiven. When He spoke about love, it was to command us to love! It was to teach us what God requires of each of us, that we first love the Lord our God above all else and then love our neighbor as ourselves.

Step away from the mellow, hippie Jesus who says, “It’s all good, man. You’re cool just the way you are.” He’s a character of our own invention, to soothe and serve our egos.

The real Jesus preached against sin and He called people to repentance. He described a narrow way and how few would find it. He told us to be ready, for we do not know the hour the Bridegroom is coming and those not prepared would be cast out into the darkness to wail and gnash their teeth. He said if your eye causes you to sin, pluck it out. If your hand causes you to sin, cut it off. Better to be maimed than your whole body go into hell. (Matthew 5:27-30)

Then He said, “Take up your cross and follow Me.” The people hearing Him knew exactly what that meant, and it was not reassuring or appealing.

These aren’t warm-fuzzy, sentimental, feel-good pats on the back. These are stark, harsh warnings about the reality of sin and death and hell and what is necessary for salvation. Jesus rebuked “the cities where most of His mighty works had been done.” Why? Because they did not repent. (Matthew 11:20)

He did not come to do battle with our self-esteem. He came to save our sorry yet beloved souls by paying the penalty for our sins.

So Where’s the Love?

Oh, the love is loud and clear. Jesus’ presence in skin and bones on this Earth was a walking megaphone shouting the love of God for His people. His humility and obedience in accomplishing the Father’s will is an eternal refrain of God’s love for the world.

True love wants to see the beloved repent and turn away from sin, and live.

A God who does not love His children would not trouble Himself to rescue them from eternal death. It’s precisely because God loves us that Jesus came to suffer and die for our sakes. It’s precisely because of His great love for us that Jesus preached, “Repent, and believe in the Gospel.” It is a fatal mistake for us to forget why God gave His only Son, or to diminish the threat and the wages of sin because the call to repentance and conversion offends our modern sensibilities. Salvation history — all of Scripture — is indeed the greatest love story that ever could be told. Fr. Cantalamessa is right.

My two respondents are also right. Love does not make peace with sin, or tolerate sin, or embrace sin as a right. True love wants to see the beloved repent and turn away from sin, and live.

Yes, God loves you. So repent, and believe in the Gospel.

Who’s the Best Scrooge? You Could Be.