To counter students being “brainwashed by Leftism,” author Dennis Prager — star of new film No Safe Spaces rising at the box office — advocates taking this one step. 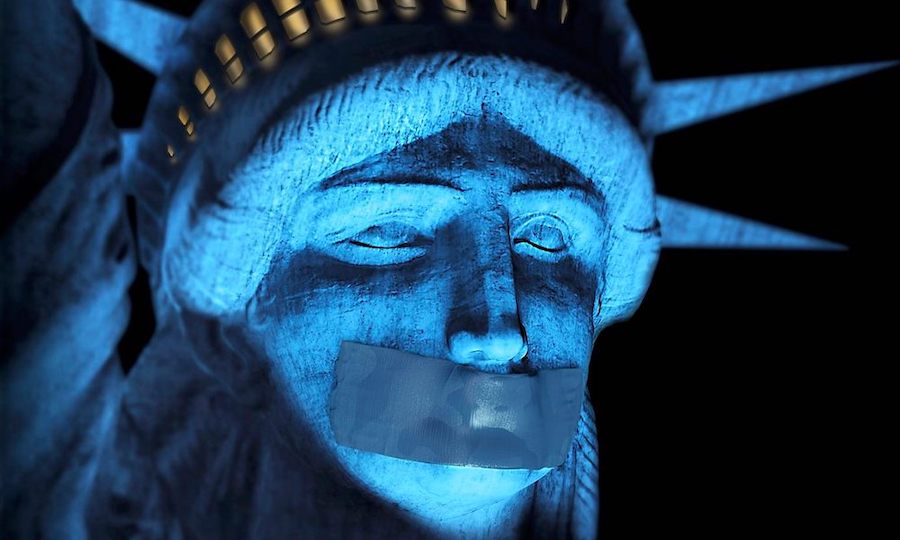 Author and talk show host Dennis Prager has been raising an alarm about the rising tide of censorship on college campuses.

This weekend, his explosive documentary No Safe Spaces will expand to theaters in 34 states nationwide. When asked what he sees as the big takeaway for audiences, Prager has a surprising answer.

“Today, our colleges have become moral wastelands,” he said in a live interview in Washington, D.C. “I hope parents might think twice about sending their kids to college immediately after high school.”

He expands on his insights. “Students could take a gap year and go overseas, do something productive, or be a waiter or waitress,” said Prager. “Because the more you understand about life, the less likely you are to be brainwashed by Leftism.”

Co-starring comedian Adam Carolla, No Safe Spaces has proven to be one of the year’s most polarizing releases. Reviews aggregator Rotten Tomatoes tallies its audience score at 99 percent… while ratings from critics stand at just 54 percent.

The film has earned over $452,000 since its limited release began on October 25. It takes viewers on a road trip to several prominent universities, with firsthand footage of campus riots.

One particular story, told at length in No Safe Spaces, illustrates how viewpoint discrimination works on liberal college campuses.

“My story gives more nuance to the free speech debate,” said Isabella Chow, a recent graduate of the University of California, Berkeley. “Technically, my Constitutional rights were not violated. But, on a social level, it’s hard for people to exercise the freedom of speech when everyone ostracizes them for saying something controversial.”

Last year, her vote on a campus policy and the subsequent fallout made national headlines.

Raised by devout Christian parents, Chow figured she would attend a private college after high school. Yet her mother insisted she send applications to two prestigious schools in the University of California system.

“I didn’t want to write one more essay, but went ahead and did it — and got in,” said Chow. “Then my top choices were UC Berkeley, UCLA, and Patrick Henry College, which I really wrestled with.”

While the size of UC Berkeley and its wealth of opportunities were factors, she pointed to a higher reason for deciding to attend. “As a Christian, I believe it was God calling me to be there,” she said.

Diving in to campus life, Chow gravitated towards student government. The incident that brought her national notoriety began when she decided to lead with her core beliefs intact.

“Nobody was representing Christian or conservative views in student government,” said Chow. “Most of my votes came from Christian students. As to this bill, it was clear I could not vote for it without violating my conscience and betraying the community that had elected me to that position.”

A complex resolution came before the Student Senate. While provisions condemning violence against LGBTQ individuals had her support, Chow was torn regarding other aspects.

“Parts of the bill clearly asked me to espouse gender fluidity, whereas I believe God created male and female,” said Chow. “As someone representing a religious constituency, I couldn’t say that God created a thousand genders.”

Her co-star in the documentary, Prager regularly addresses issues of gender and sexuality on his daily talk show.

“This issue should awaken even liberals to how frightening the Left is,” he said. “They want to teach children that their sex or gender is a matter of choice, and they were ‘assigned’ a gender at birth? Yes, they were assigned — by nature. It’s like I was assigned five fingers at birth.”

Her position presented difficulties for Chow. Because her classmates assumed that Christians hate LGBT-identified people, she decided to abstain rather than vote against the bill.

Chow explained, “By abstaining, I hoped to convey the message: ‘I love you and I want to validate your existence. You are worthy and you are loved.’ At the same time, love means saying the truth when you ask me what the truth is.”

“We are called to love our neighbors. Part of that is seeking to understand others before we are understood.”

A week later, hundreds showed up at a meeting to air their grievances. Chow sat through two hours of public comments. Over and over again, classmates used the f-word and yelled at her.

“Most of it was like, ‘How dare you hate us!’” recalled Chow. “As an elected official on campus, I wanted to listen to fellow students and, as a Christian, I knew Jesus would stay.

“But it was hard and a bit traumatic, because people gave an emotional response without first even listening.”

The Fight for Free Speech

In a speech earlier this fall at Values Voter Summit, President Donald Trump recognized Chow as he recounted the incident.

“They went after her like nobody would believe,” said President Trump. “On the day that members of student government condemned her, she sent out this message: The Christian community is here to love and serve this campus. Isabella, we salute you.”

On contentious issues, open debate in the public square is vitally important say expert voices in No Safe Spaces.

Today pursuing a career in management consulting, Chow believes there is a larger lesson in her story for believers.

“We are called to love our neighbors,” she said. “Part of that is seeking to understand others before we are understood. When they see you’re not shouting at them but you’re actually taking the time to listen first, it helps build bridges.”

While noting he did not lead creative decisions on No Safe Spaces, Prager anticipates big results this weekend. “This production was not in my hands,” he said. “I trusted that these guys would do a good job.

“I did not expect them to do a great job, but they did.”

Rated PG-13 for some language and brief violence, No Safe Spaces opens in theaters nationwide this weekend.