‘Denial’: The Powerful 2016 Movie on Holocaust Denial That Predicted the Dobbs Decision 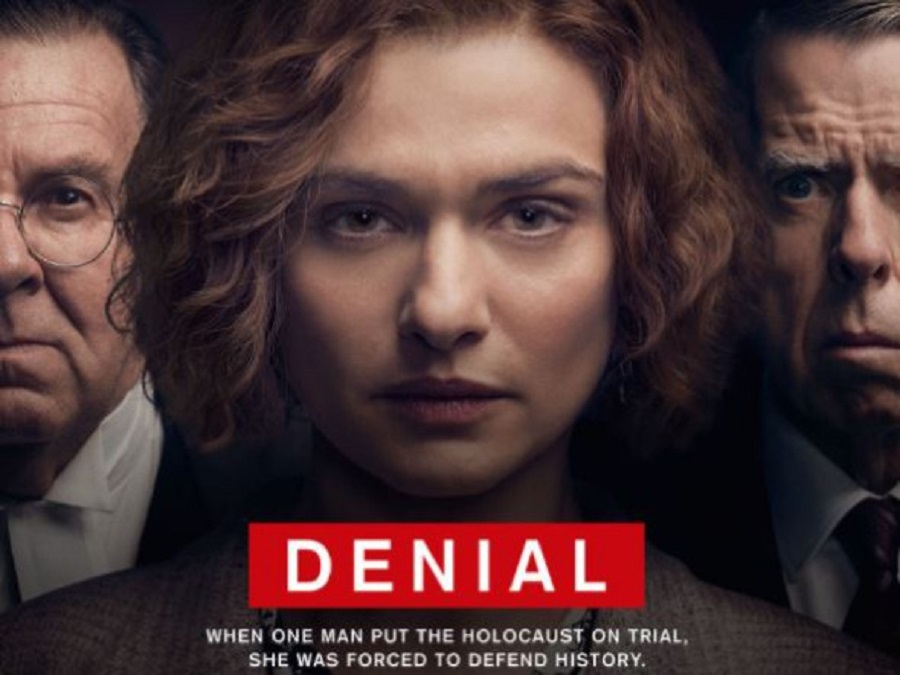 The other night I was eager to attend a service at my church for All Souls Day, including the exquisite Durufle “Requiem.” At the last minute I didn’t feel well, and had to stay home instead. Perhaps this turn of events was providential, since some small voice told me to watch a particular movie that also memorializes the dead. I’m so glad I did.

On its merits alone, the overlooked 2016 courtroom drama Denial, starring Rachel Weisz, is a powerful and important movie. It depicts a great moment of vindication for historical truth-telling and honest research over ideological distortions and politicized wishful thinking. Weisz’s performance is excellent, amidst a gifted cast of British actors including Tom Wilkinson and Timothy Spall. I was especially charmed by Weisz’s rendition of the same Queens, N.Y., accent which I grew up using (and painstakingly shed in college).

The film depicts the libel action brought by Nazi apologist David Irving against mainstream Holocaust historian Deborah Lipstadt, which resulted in a long, expensive court case decided in 2000 by a British judge.

“The Holocaust Is BORING”

Irving had written a long series of popular, best-selling books on the Second World War. Increasingly, over the years, his approach slid from an initially sane historical skepticism of received narratives, toward overt special pleading on behalf of Nazi leaders — whose surviving family members and elderly comrades Irving had personally befriended. By the time of the trial, Irving was giving friendly talks to pro-Nazi organizations, cracking crass jokes and trivializing the mass murder of Jews. Irving would flippantly dismiss the Holocaust as “boring,” and offer bon mots over cocktails such as “More women died in the back seat of Senator Edward Kennedy’s car than in any gas chambers at Auschwitz.”

Lipstadt wrote a book on Holocaust denial, exposing that movement’s deceptive techniques, which named Irving as a practitioner. Irving had the actual chutzpah to sue her and her publisher for libel — in British courts, where those who claim libel have more of a legal advantage than in the U.S. (The burden of proof is on the person accused of committing libel, who must show that his statements either weren’t damaging, or else were essentially true. Lipstadt’s team had to prove the latter — that Irving was lying about the Nazis and the Holocaust, and doing so intentionally.)

Hiding in the Fog of War

Like other deniers, Irving relied on the fog of war, the loss of crucial documents, and the massive complexity of the German effort to exterminate Jews and other racial targets — which entailed many thousands of culprits, hundreds of crime scenes, and millions of victims. Most of all he counted on the secretive way that the final decision to launch the “Final Solution” was communicated by top Nazis to their willing executioners. Certain key decisions were apparently made secretly, and communicated verbally, precisely to avoid leaving an historical paper trail. Nazi SS chief Heinrich Himmler as much as admitted this, in a secret speech to senior officers charged with mass extermination, at Posen:

Amongst ourselves, for once, it shall be said quite openly, but all the same we will never speak about it in public. … I am referring here to the evacuation of the Jews, the extermination of the Jewish people. … Most of you men know what it is like to see 100 corpses side by side, or 500 or 1,000. To have stood fast through this — and except for cases of human weakness — to have stayed decent, that has made us hard. This is an unwritten and never-to-be-written page of glory in our history.

A Scrupulous Quest for the Truth

The drama in the film centers on Lipstadt’s struggle against herself. She wants to speak up in court based on her own research. She wishes to focus her case on the Nazis’ victims, to call dozens of witnesses who somehow survived the camps, and use this public venue to contrast the lies of Irving with the truthful “voice of suffering.”

And her lawyers say, “Absolutely not.” The crack legal team she assembles insists that British courts don’t work that way. They point out that Irving is a skilled demagogue, perfectly capable of swaying an historically ignorant jury. They skillfully play on Irving’s hubris to get him to agree to a trial by judge instead.

The solicitor and barristers whom Lipstadt retains insist that she stay quiet in court, that Holocaust survivors not be subjected to Irving’s badgering and scorn: He represents himself in court, so he’d get the chance to cross-examine these traumatized elders.

Lipstadt’s attorneys convince her, almost kicking and screaming, to let them do their jobs. Instead of moralizing (however justly) about the evils of Nazi genocide, they burrow down into details. They pick at seemingly niggling questions, such as Irving’s mistranslations of critical Nazi documents. A word here, a shade there. A key fact left out or elided. They manage over many weeks to demonstrate a pattern of gross historical errors in Irving’s voluminous writings. That’s bad enough, but it won’t prove their case.

An Overwhelming Pattern of Intentional Distortion

To win, they must show that Irving’s falsehoods follow a pattern that proves them intentional — that in virtually every case, the distortions tend to exculpate the Nazis and throw doubt upon the Holocaust. They do painstakingly prove that, and finally win the case — receiving for their pains a 349-page legal judgment finally discrediting Irving completely: a powerful vindication of honest history over special pleading, sophistry, and agitprop.

Alito proves beyond a reasonable doubt that the legal arguments asserting that the U.S. Constitution, as ratified in 1787 and amended after the Civil War, somehow implies a right to abortion, are tendentious and false. They’re as willfully dishonest and hollow as Irving’s tortured claims that millions of Jews died of disease, against the Nazis’ wishes.

You’ll notice that pro-choice activists haven’t bothered to dispute Alito’s Constitutional reasoning. Instead they’ve resorted to death threats, demands for court-packing, and primal screams of outrage — the stock in trade of the skinheads and other thugs who are now (thanks to the good Professor Lipstadt) the only audience for Irving’s discredited books.

As I wrote in the immediate wake of the decision:

No pro-choice legal analysts are dissecting Alito’s decision, disputing facts or principles. They always knew on some level that the precedents imposing legal abortion on 50 states were indefensible. Perhaps they didn’t realize that they were garbage, sophomoric maunderings that wouldn’t pass muster on a test at a third-rate law school. Now they have to face the truth: No honest person can say that the U.S. Constitution enshrines the right to abortion, on any basis at all.

And no honest person will say so. From now on, we can be sure that anyone making that claim is simply straight-up lying.

But we’re not hearing arguments at the moment anyway. We’re at the point in our national exorcism where the demon gives up making pretentious philosophical arguments, and just starts howling blasphemies, spitting blood, and trying to strangle the priest.