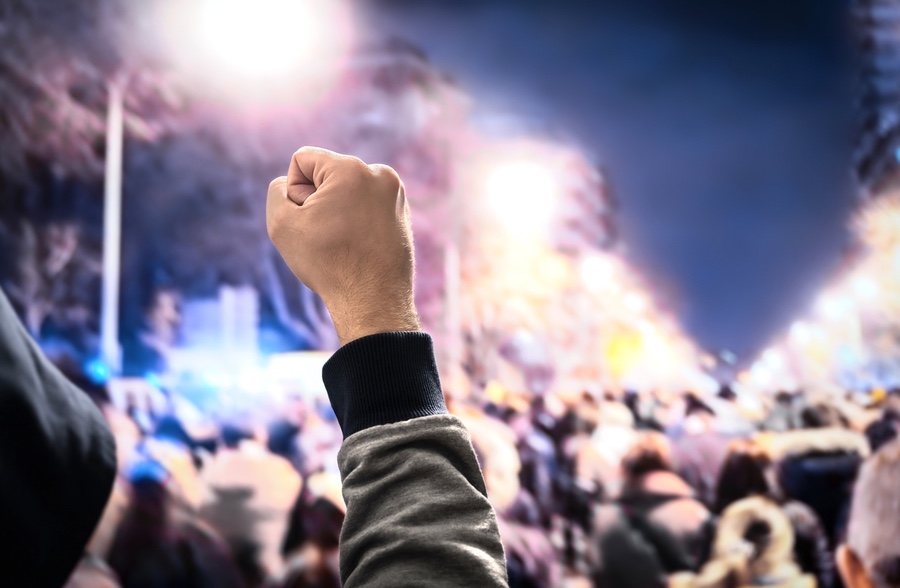 It’s lost, and I pray it isn’t gone forever — one of the most cherished facts of American political life and heritage: the peaceful transition of power.

The fracture began right after the 2016 elections. The Resistance sprung into furious existence. Chants of “Not my president” echoed from students, celebrities and congresswomen. Actual violence broke out in Portland. Cars would be set aflame on Inauguration Day.

And the sitting president, Barack Obama, who still had much influence on these protesters and had sworn to uphold the Constitution, said nothing. He did nothing. Neither did the other leader who could’ve had real influence, Hillary Clinton.  Gone was the tradition of gracious defeat. From election night, when she couldn’t even be bothered to deliver a concession speech, to this week, where she declared on The View that Trump was “illegitimate,” Clinton has refused to accept our 2016 vote.

Obama and Clinton could have pointed Americans back to our hundreds of years of accepting election results. They could have reminded the country that if you don’t like one election, there’s another one coming, and the important thing is to make sure we don’t undermine that process. They didn’t. Nancy Pelosi didn’t, either.

But at least the violence was confined to the streets. There was no coup, no actual attempt to take the White House by force, which would be the usual thing that comes to mind when we think of a violent transition of power. (Though Madonna, to the cheers of hundreds of thousands gathered near the White House, did express her dream to bomb the White House.)

From the Streets to the House

Yet the anger kept seething. And now it’s erupted again in the House of Representatives. Still unable to accept the voice of the people in 2016, they’re talking impeachment. Loudly. Not actually taking the proper, historical, somber and bipartisan approach observed the three times our nation’s been on this road. Not even by articulating an actual high crime or misdemeanor. Just demanding Trump’s impeachment.

Now. And if Democrats insist (as they did Thursday), only Democrats interrogate witnesses, if separation of powers is thrown out the window, if due process is ignored, if the sacred concept of “innocent until proven guilty” must be tossed in the trash heap of history, so be it!

It isn’t guns and bombs, but it’s the closest thing to it they can get away with. And there’s no denying there’s anger behind it.

Politically it looks ill-advised. The American people aren’t behind impeachment, and this Senate won’t vote to convict. Even if they did, that’d put a solidly evangelical conservative Mike Pence in the Oval Office. The Trump districts the Democrats flipped in 2018 will go right back to Republicans, likely along with control of the Houss. So it’s hard to see how the Democratic House comes out on top here. Or in other words, it’s hard to view this as a rationally considered move. It looks a lot more like rage.

But it’s only the latest front on the covert war they began with Strzok, Comey, Brennan, Clapper, et al. spying on Trump before and after the election. The Trump-Russia Collusion black operation that involved enlisting at least three foreign intelligence services … (to say nothing of Russians.) And an effort that continued with the discredited Mueller probe with this partisan prosecutors. The “insurance policy” to block Trump didn’t work.

Worst of all the people didn’t cooperate. (I’m speaking from Democrats’ point of view here, of course.) The “deplorables” didn’t do what we were supposed to do. We elected Donald Trump.

Or for those who care what the Constitution says, America elected Donald Trump. America got it wrong. America robbed Hillary of her rightful return to residency in the White House.

And what the American people broke, Democratic leaders must fix. So they’ve stepped it up to the next level, with impeachment “urgency” over Trump, when arguably they ought to be tossing Joe Biden out of the party instead. Except they’re not angry at Biden. He didn’t beat Hillary in 2016. Trump did. He’s not undoing any of Obama’s “legacy.” Trump is.

This is the closest the Democrats can come to a coup while still pretending they care about upholding and preserving the Constitution.

Where Is This Heading?

We have to wonder where this will go. Suppose it turns out as I’ve predicted: The Dems lose on impeachment and annoy the American people enough to hand Trump another term as president. Maybe even give the whole Congress back to the Republicans.

Then what will the Dems do? They’ve been escalating their assault on Trump step by step. They’ll be out of political options. Surely leftists around the country will erupt like last time, probably more than in 2016.

How long before we’ve completely lost touch that great American ideal, the peaceful transition of power? There’s reason to fear it won’t be peaceful, even if there’s no transition this time.