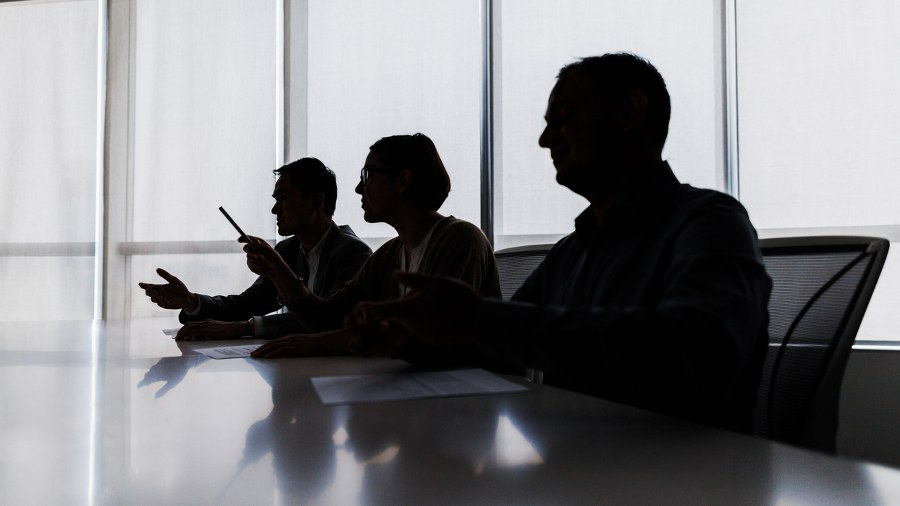 The globalist elites — and the demonic forces that use them — are finishing their global tour. The World Economic Forum met in Davos. The World Health Organization met in Geneva. This week, the Bilderbergs in Washington, D.C.

The Bilderberg Group was formed 68 years ago, and comprises high-level political and governmental officials meeting in conditions of utmost secrecy. More on them later. The crucial thing for now is what they share with WHO and the World Economic Forum: an agenda of misinformation.

Now go back and read all of those bullet points and replace “globalist” with “demonic spirits,” because that is exactly what we have going on.

These global elites are a who’s who of progressive power and influence across the globe — each of these meetings focus on synchronizing policy, action, and messaging with one voice. Many of them have overlap of membership. And interestingly, an overlapping mission and agenda item at several of the meetings is eliminating “misinformation.” Why would global bodies of high level policymakers care about “misinformation?”

Why Do They Care About ‘Misinformation’?

Is it any coincidence that as the globalists are pushing a clamp down on what they term “misinformation,” the White House recently introduced a Disinformation Governance Board, initially headed by Nina Jankowicz. While the Board is on “pause” according to White House Press Secretary Karine Jean-Pierre, its leader, Jankowicz, resigned before the Board went dark. We can be sure that this is temporary, and this Homeland Security effort, dubbed by critics as Biden’s Ministry of Truth, will again be resurrected in another form — it is, of course, the mandate of the globalists demonic spirits controlling the messaging.

I credit prayer for this crumble, but we must be alert to keep on watch for these kinds of efforts. With the efforts that AG Merrick Garland and the Department of Justice and FBI made to squelch the voices of moms and dads speaking up at school meetings and then deemed them domestic threats, we know that this mentality will continue to bring forth more maneuvers from the administration to control free speech.

To be clear: there is a global attempt to control information. Prophetically, I want to ask readers to pray into this asking the Holy Spirit to give us wisdom to not only battle against misinformation, but additionally what are the demonic forces preparing for by controlling messaging?

Could it be that there is a tremendous revival right around the corner and the clamp down on free speech is designed to label those describing this move of God as racists who discriminate against people of color or people who choose a gender that “differs from the one assigned to them at birth?”

So, What Do We Know About the Bilderbergs?

For almost 70 years the Bilderberg Group has been conducting meetings with the highest level participants in government and politics from the U.S. and Europe. Great secrecy surrounds Bilderberg meetings.

It operates under the Chatham House Rule, which states that some information can be shared, but with no mention of the contributor or their affiliation — a veil of secrecy. No spouses, assistants, or even bodyguards may attend any of the meetings. No detailed agenda is generated. No votes are taken. No statements are given after the meetings. No press is permitted.

We DO know, however, what general issues are on the table, and who has been invited (at least the information that they allow to be posted to their website.) Worth noting is that World Economic Forum’s Klaus Schwab served on the steering committee in past years. Yann LeCun, Facebook Vice President and Chief AI Scientist is on the list. Eric Schmidt, Former CEO of Google; Kevin Scott, CTO of Microsoft; Emma Walmsley, CEO of GlaxoSmithKline; all from the tech and pharma fields, are on the list.

Jake Sullivan, the U.S. Director of the National Security Council and Jens Stoltenberg, the Secretary General of NATO — also on the list. What do these people all have in common? A desire to further their globalist plans and purposes. For those who are watchmen on the wall, we might be the only thing that is standing between these plans and God’s plans. We need to be involved through prayer and action.

As I looked over the list of participants included this year, one name jumped out at me — Stacey Abrams. It is interesting they invited Abrams to be on the 2022 Steering Committee. Her expertise is voter and campaign efforts for the far left. Abrams is a failed gubernatorial candidate who has gone from average means to being wealthy while attempting to have a public office. She has ties with the Obamas and she even received a $1,000,000 donation from George Soros for her recent run for office.

We’ve Seen the Power of Prayer Concerning Such Meetings

We prayed about the WHO’s meetings, that the dangerous initiatives would be stopped — and they were. It is worth noting that many of the elements President Biden attempted to add to the WHO’s recent decisions were later removed. This makes our president more progressive than the WHO!

Now, turn your prayer toward the Bilderberg Group meetings. Our team at IFA have created a special report prayer guide that lists more agenda items and the list of attendees you can be praying for and about. I encourage you to quickly download this resource and begin your targeted prayer. We have also included some scriptural prayer points. The battle is one we cannot “see” but as believers we know it exists and we see the results of the spiritual war. Let’s put on our armor that God has given us and go to war.

Click here for a prayer guide with invited attendees and agenda Items for 2022 Meetings.

Dave Kubal is the CEO and president of Intercessors for America, a massive grassroots organization uniting over 300,000 citizens to pray, and then take action, on the issues confronting America. Equipping Christians to engage and speak truth into the important cultural debates of our day, Kubal is a nationally-recognized faith leader serving as a faith advisory member to former President Trump, and on the National Day of Prayer Task Force.