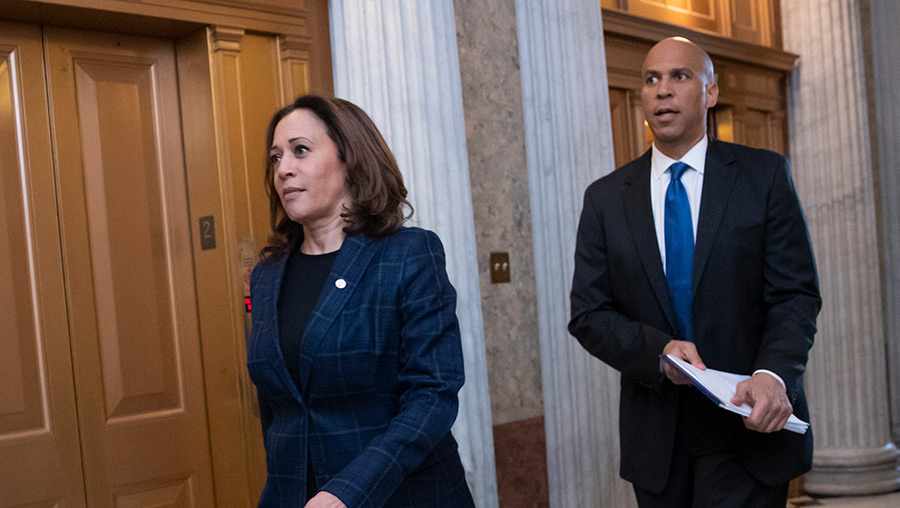 A lot of contempt was shown Christine Blasey Ford and abuse survivors at the Senate committee hearings. Liberals would be the first to call that out. Too few realize it was actually the Democrats who displayed it.

Disagree with me on that? Let’s try three out scenarios. In the first, you’re Christine Blasey Ford testifying in the Senate. You’re telling the truth and you know it. The Republicans have brought in a trained prosecutor, Rachel Mitchell, to get to the bottom of your story. She asks you question after question. The Democrats ask you almost nothing, however. They simply tell you they believe you, then they spend the greater portion of their allotted five minutes telling the world what an awful Supreme Court justice Kavanaugh would be.

Which side is showing you more respect in this situation? Think carefully before you answer — but first let’s go on to the second scenario.

This time you’re Dr. Ford testifying again, but you’re not telling the truth and you know you’re not. The Republicans questioning you; the Democrats say they believe you, just as in the other scenario. The Democrats’ assurances give you moments of relief in the midst of the prosecutor’s probing for your lies.

You note with gratitude that Sen. Booker affirms you for telling “your truth,” again feeling relief that he didn’t press you to tell the truth. Still you know the only reason they have for believing you is because you’re doing a great acting job — that, plus it’s politically useful for them to “believe” you.

Which side is showing you more respect in this situation? (Hold on, it’s still early: Don’t rush to answer yet.)

In the third scenario you’re a Democratic senator preparing for the hearing. The facts of the case haven’t settled out clearly one way or the other, so you don’t know yet if she’s coming in as a truth-teller, a liar, or maybe in between: confused, maybe. You have a choice: You can treat her with the respect of asking her to share her story in detail, or you can treat her as a symbol for your agenda and an opportunity to preach your politics. Which do you choose?

By and large the Democrats chose the latter. They said they believed her, but in reality they were like the protesters on the Supreme Court steps last Saturday, chanting “We believe survivors.” They didn’t ask her to give them any reasons to believe; they believed because she sat there symbolizing survivors. And because her story advanced their cause.

All that mattered was that she showed up as a symbol. They made a show of respecting survivors, but in fact it made no difference to them if she truly was one.

So who showed her respect? For the Republicans, she was Christine Blasey Ford with a story to share — and to explain. For the Dems, it didn’t matter what her story was; it didn’t even matter that she was Christine Blasey Ford. All that mattered was that she served as a symbol for their cause. They made a show of respecting survivors, but in fact it made no difference to them if she truly was one.

In short, they used her. That’s contempt.

The Democrats let her represent sexual abuse survivors in America without caring to confirm she was one herself.

And even the respect they showed survivors was exactly that: a show. The Democrats let her represent sexual abuse survivors without caring to confirm she was one herself. Maybe she was, maybe she wasn’t; either way she was good enough for their use.

Honestly, it baffles me that the community of survivors would even allow that. Speaking as one with a mobility disability, I can only imagine how badly it would go if someone tried representing us before Congress, while credible accusations were floating around that he was faking his physical problems or they were all in his head. I’d be in front of the TV set waving my crutches, yelling at the senators to make sure he was for real.

Real respect takes real people’s stories seriously. Respect assumes people are strong enough both to tell their stories and to stand behind them. Liberal America is very mixed up on this. They think respect means treating people nice, protecting them from pushback, never offering them any challenge.

A Florida professor came down on a Christian student for telling the class he thought his beliefs were true. What would that do, the prof wondered, to “the Muslims, the Hindus, the Buddhists, the non-believers, and so on, in class, [who] have to sit and endure the tyranny of the masses”? That’s a nanny statement. He was babying the Muslims, Hindus, Buddhists and non-believers. They think their religion is true? Let them stand up and say so. If they’re not sure, let them hear the challenge and make up their own minds like adults. That’s respect.

Respect is letting a man show what he’s made of. It’s letting a woman reveal her true strength of character. It’s giving them a chance to show they’re strong enough to take it.

Respect usually means taking a person at her word, too. In that sense the Democrats almost looked as if they were respecting Christine Blasey Ford. The problem is, things are different when the whole world knows that person’s word has come into question. In a time like that, respect means giving that person every opportunity to prove herself.

They used her. For political gain, that is. That’s contempt.

I have trouble respecting anyone who does that.