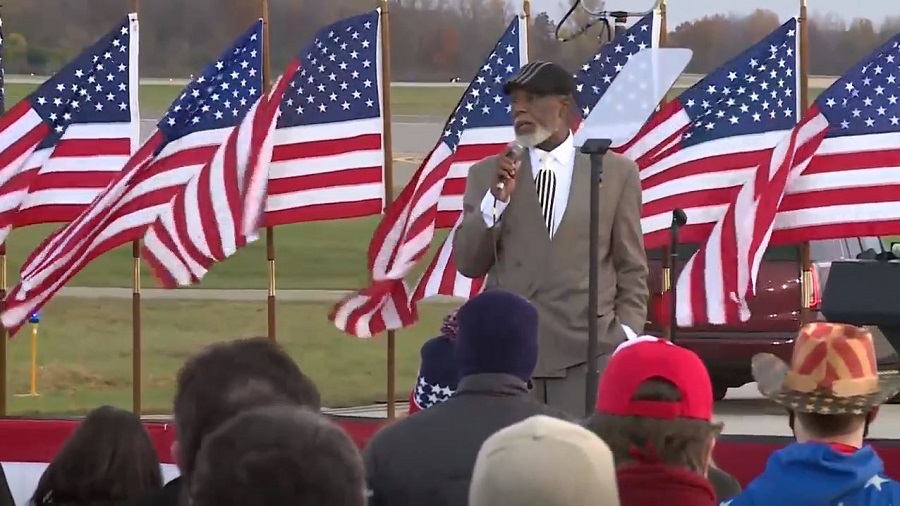 “The narrative has been spent,” Flint City Council member Maurice Davis said to a crowd of Trump supporters in Michigan Wednesday. “This is not a game, folks. … God will use whoever He wants to to bring His people out of whatever the problem happens to be.” Davis was asked to speak to the crowd at Flint Bishop Airport just before Vice President Mike Pence, according to Mid-Michigan Now.

The announcement is all the more breathtaking for its location. Democrats have dominated Flint for generations. The city’s blue-collar labor history has been intense since at least the historic United Auto Workers sit-down strikes in the 1930s.

Davis explained that the reason he’s going with Trump is that he’s in an impoverished community. “People are in foreclosure right here in Flint. People are losing everything and when Mr. Trump said, ‘What the h*** you got to lose,’ he was talking to me. … I don’t want to hear fault. He without sin cast the first stone. We’re saved under grace. God’ll use whoever He wants to [in] times like these.”