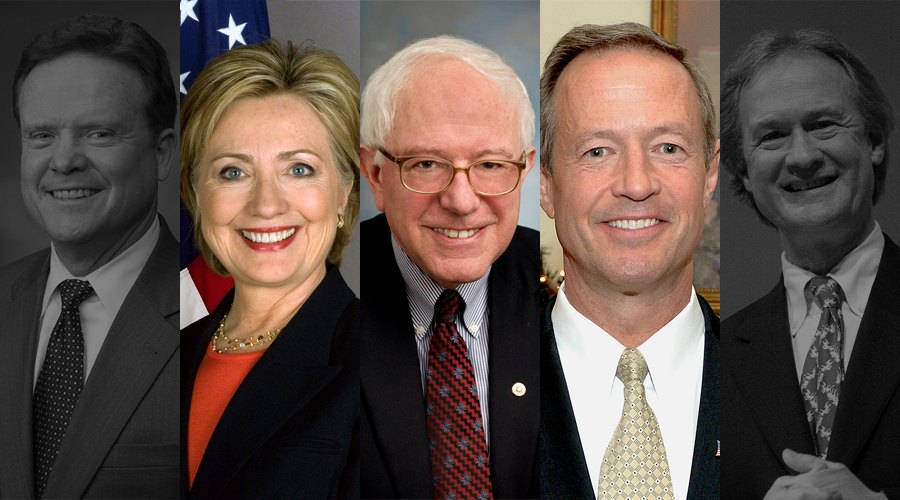 Here are some of the highlights from Saturday night’s Democratic presidential debate, as seen on conservative Twitter.

Did anyone have a stopwatch to see just how long it took @BernieSanders to jump from Paris to the evil rich people? #DemDebate

Bernie Sanders pivoted in a nanosecond from ISIS to ranting about the 1%. #DemDebate

Hillary Clinton seemed to have a new favorite euphemism.

Mark it down. "Jihadist" is the word Clinton has come up with to replace "Islamic terrorist."

Neither Martin O’Malley or Hillary was impressing when it came to foreign policy.

O'Malley's going to pull out a guitar and sing "You've Got a Friend." #DemDebate

How can u take a person seriously about terror who can't even protect her own email, or blamed terror on a video?

And Bernie Sanders had an interesting theory about terrorism.

"Climate change is directly related to growth of terrorism" ~ @BernieSanders #DemDebate THESE PEOPLE WANT TO BE IN CHARGE OF OUR MILITARY.

It's quite obvious why Sanders fought so hard to disallow foreign policy questions 2nite. He's not prepared #DemDebate

Clinton’s thoughts on Libya were surprising, to say the least.

Hillary thinks we should help our friends in Libya. How ironic. #DemDebate

And she still refused to say “Islam.”

Blood is running in the streets of Paris but she just…can't…say…it.

If you can't articulate who america's enemies are by name, you disqualify yourself as potential commander-in-chief.

And then, things got even weirder.

“A majority of my donors are women,” she said, as if it were relevant and not simple sexism baiting.

Hold on. Wall Street funds Hillary Clinton to thank her for supporting them after 9/11?! LOLOLOLOLOLOL.

As for Iraq, she shrugged it off. Literally.

"You've been on three sides of this."-O'Malley on Hillary's gun-control perspective. OOOOOOOOOOOH.

#DemDebate O'Malley is daring to rebuke Her Majesty on guns. #FutureLibyanAmbassador

Five years after Obamacare is signed into law, the Democrats are talking about how bad the health care system is.

Bernie: "Medicare for all, single payer system is the way we should go." #DemDebate

Hillary acting like she took out Bin Laden herself. lulz

Maybe having the debate on a Saturday night wasn’t such a bad idea after all.

At last, it was over.

Sweet mercy, that was ROUGH. #DemDebate

You'll never get this Saturday night back. Remember that. Always.

Hillary Clinton: I have been near major decisions

Lesson from the #DemDebate: Big government isn't working. What we need is bigger government! That'll do the trick! #Insanity

Did the debate change your mind?