The two perpetrators of the weekend's mass shootings reportedly held starkly opposing political views, proving that no group has a monopoly on evil. 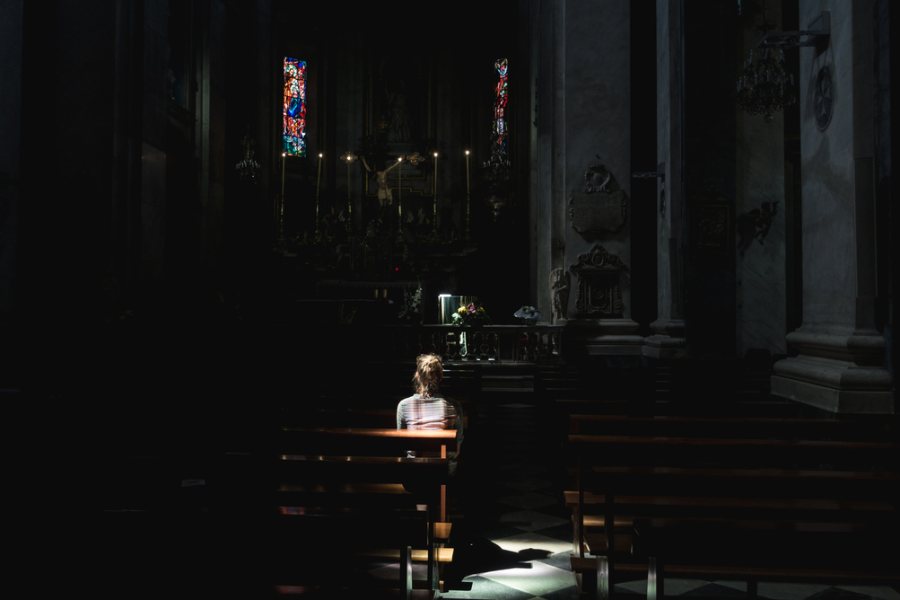 Deliver me, O LORD, from evil men; preserve me from violent men, who plan evil things in their heart and stir up wars continually.

So begins David in Psalm 140. So our nation cries today.

In recent years, we’ve seen an increase in such attacks — in evil plans carried out by violent men. Our nation grows weary.

Many want to cast all the blame on corrupt politicians, broken laws, or the weapons used by violent men. None of those are irrelevant. But we all know that the problem goes deeper. Regardless of how many corrupt politicians, broken laws, or guns there are in the world, none of these horrific attacks would happen if not for evil in the heart of the attackers.

Evil is not a new problem. It is as old as the world. No group of people has a monopoly on it.

No Side is Immune

It’s been reported since Saturday that the El Paso attacker divulged his white supremacist, anti-immigrant views in a manifesto. Rightly, many have denounced his ideology for what it is — absolutely evil and un-American — and his actions for what they are — domestic, white nationalist terrorism.

We must not care so much about our “side” — party, politicians, president, or preconceived notions — that we are only willing to acknowledge the violence on their side.

Apparently, the Dayton attacker held opposite views. According to his social media posts, he identified as a leftist. He supported liberal causes the El Paso attacker opposed.

Despite residing at the opposite ends of the political ideology spectrum, these two people carried out remarkably similar attacks.

What these revelations have given us as a nation is a crucial reminder: evil is evil, and it is everywhere. It isn’t relegated to one “side,” one political party, or any one group.

It’s everywhere because we live in a fallen world, where sin is a disease we all have, and a spiritual enemy prowls looking to destroy us. The Dayton attacker’s social media posts implied Satan worship, but be certain that Satan was involved in both attacks this weekend. And he didn’t care which political party his instruments of destruction belonged to.

So what do we do? Here’s what we must not do. We must not care so much about our “side” — party, politicians, president, or preconceived notions — that we are only willing to acknowledge the violence on their side. If we do, we’re proving that we care less about condemning the actual enemy at hand, and more about scoring points against our perceived political “enemies,” and that is vile.

Political views change, and alliances fade. The fact that we are all human, and that sin is a disease common to humans, does not. Not yet. That’s why we must call out evil when we see it, where we see it, no matter what.

Call Out to God, and Cling to Hope

And even more importantly, it is why we must call out to God. He is the only one with the answer to our troubles. We should pursue what temporal solutions we can to keep the evil at bay. But our solutions will be for naught if we ignore the root of the evil and the One who has promised to ultimately defeat it.

In the wake of these attacks, we ask God’s deliverance from violent men and the wars they continually stir. We pray that “the mischief of their lips overwhelm them,” that “burning coals fall upon them,” and that they are “cast into fire, into miry pits, no more to rise.”

We also cling to hope, as David did when he ended Psalm 140 this way:

I know that the LORD will maintain the cause of the afflicted, and will execute justice for the needy. Surely the righteous shall give thanks to your name; the upright shall dwell in your presence.

Liberty McArtor is a freelance writer in the great state of Texas, where she lives in the Dallas-Fort Worth metroplex with her husband and son. Follow Liberty on Twitter @LibertyMcArtor, or learn more about her at LibertyMcArtor.com.

What the Fight for Traditional Marriage Teaches Us About George Floyd