“If we don’t know truth then how can we live truth?” 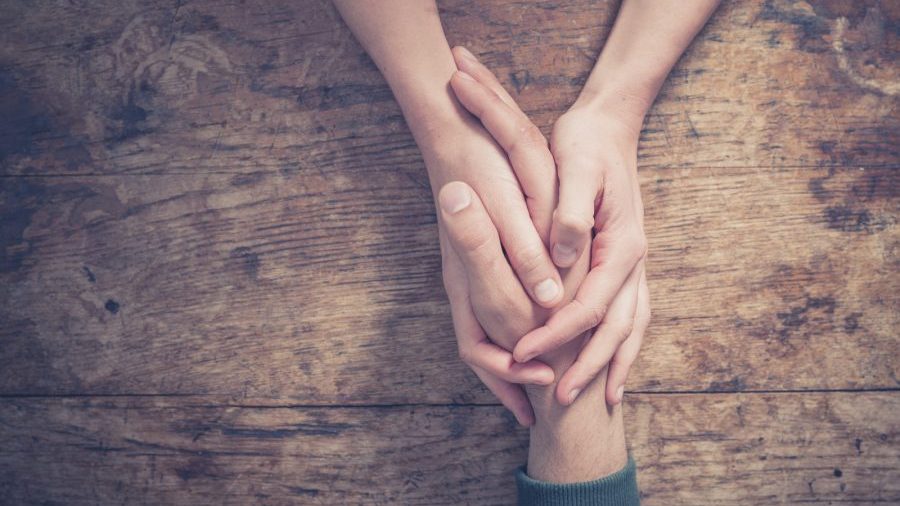 Abigail Doty is learning what it means to defend truth, promote life and make a difference on a personal level.

Abigail Doty walked past the Supreme Court building in Washington, D.C., on the first Monday of October in 2009. The Court’s new session was just beginning, and facing the Court was a crowd of people with red tape over their mouths, some with the word “life” written across the tape.

A sophomore in high school, Doty asked the attorney walking with her what the crowd was doing. He said they were wasting their time.

He further explained that they were protesting Roe v. Wade, the Supreme Court decision that legalized abortion in 1973. It will never get overturned, he told her.

But that scene — and his answer — sparked something in Doty. Why wouldn’t Roe v. Wade ever be overturned, she asked herself, and why did the Supreme Court legalize abortion to begin with? Why weren’t the states the ones deciding whether abortion is legal? And why did women believe they were entitled to have the choice to kill the human life growing inside them?

Asking those questions led her to where she is today: defending truth, promoting life and helping women on a personal level through volunteering at a crisis pregnancy center in Dallas, Texas.

Knowing How to Think, Why to Think It and How to Say So

On her first day in college, Doty was surprised at how quickly the conversation in one class turned to abortion, which all of her classmates seemed to support. Later that semester when the class was assigned to give a 10-minute speech, Doty gave her speech on what abortion in each term of pregnancy looked like.

“If we’re living our daily life without first putting on our armor and equipping ourselves with truth, then how on earth do we think that we’re going to make a difference in other people’s lives?” Abigail Doty

When she got to the first slide, her classmates looked away. Doty reprimanded them for not being willing to look at something they deemed good, and asked them to continue watching. Afterward, her liberal professor said he’d never heard an argument against abortion that was so articulate, even though he still disagreed.

For a long time, she imagined that her future defense of truth might look something like it did in that college classroom; she’d study law, stand before crowds and judges and publicly advocate the protection of life in the womb. She never made it to law school. “A lot of times we think that a difference is made through judges, through legislators, through people that have a lot of power,” she said, “but really people’s hearts are changed through personal relationships and interactions.”

She began volunteering for Thrive Women’s Clinic in Dallas one Saturday a month. The clinic’s goal, she said, is “really helping women understand what truth is … because some of them — most of them — are so broken, and just have never really understood what it means to be loved or to love.”

Doty was surprised to find that many women shy away from adoption because they view it as selfish. “A lot of women think, ‘I have to be a mom, or I have to have an abortion,’” Doty said. “They think that if they give their child up for adoption, they’re the world’s worst mother, which is so sad because they don’t see that … choosing to give the baby up for adoption is a lot more life-giving than having an abortion.”

Discipleship, or mentoring, is one area where Doty thinks the American church is failing. Children are growing up to be adults who don’t understand the sanctity of marriage and sex within marriage, Doty said, whether that’s a result of parents leaving sex-education to the government, or youth pastors teaching shallow lessons that undermine adolescents’ ability to learn discernment.

“I don’t think that we should be surprised that we have laws going to the Supreme Court like they are,” she said, referencing cases like Roe v. Wade and 2015’s Obergefell v. Hodges, which legalized same-sex marriage, “because the church isn’t being responsible for issues that the Lord has commanded them to be responsible for.”

Rather than waiting for Roe v. Wade to get overturned or Planned Parenthood to get defunded, she said, Christians should focus on mentoring youth and new believers and teaching them truth. “We alone could be able to eliminate the majority of the problems,” Doty said of the church and America’s pro-abortion culture. But, she says, one must know their own beliefs and how to defend them.

“If we’re living our daily life without first putting on our armor and equipping ourselves with truth, then how on earth do we think that we’re going to make a difference in other people’s lives?” Doty asked. “If we don’t know truth, then how can we live truth?”