How to Defend Marriage Reality, Part 1

In the spring of 2011, much of the world watched and listened as Kate Middleton and Prince William repeated their wedding vows in Westminster Abbey. They committed to love and honor one another for life. But if you travelled deep into the forests of Papua New Guinea, you would find people doing much the same thing with a little less pomp and a lot less television coverage.

Christians have always treated marriage as sacred; but marriage isn’t unique to Christianity. Every known culture has it, with a few differences here and there. Some cultures have allowed polygamy, for instance, and some have arranged marriages. Though romantic love is often part of the story as far back as Jacob and Rachel, the idea of marrying primarily for love is a more recent invention. But there is a constant, underlying theme: marriage as a norm is a public joining of a man and a woman, with a special connection to the bearing and raising of children. 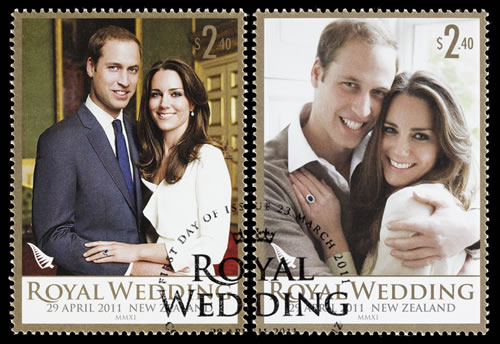 The sun has risen and set on cities, cultures, and kingdoms for thousands of years, and yet marriage as the union of male and female has endured. Now every American state is embroiled in a debate about what marriage is, and the Supreme Court is poised to overturn by a judicial fiat voter-endorsed state laws recognizing natural marriage. What most of the human race took for granted, judges and legislators now think they can uproot. Ours is one battle in a global war on marriage throughout the “civilized” world.

At the moment, the skirmishes involve religious freedom: should Christian bakers and florists be forced to participate in same-sex “marriage”? These are important fights to win, but they are rear-guard actions — last defenses before wholesale surrender of marriage as a public institution.

It’s past time for a massive counter-offensive, and it will have to start at the grassroots. With some notable exceptions, the courts, academia, the media and big business have thrown their weight against marriage. The Lord has promised us that the gates of hell will not prevail against His Church. We have no guarantee for the United States of America, or Western Civilization.

If we don’t work together to reverse the destruction of marriage, and soon, we could witness its collapse as a public institution in this generation. But first, we need to understand what’s happening, and why, so that we can know what we must do. That’s the purpose of this series.

The problem did not start with “same-sex marriage.” An epidemic of divorce, aided and abetted by the sexual revolution and a “contraceptive mentality,” began weakening the institution of marriage decades ago. In the 60s and 70s, states enacted “no fault” divorce laws. When the law had once made divorce difficult, it now made it easy, because scholars claimed that people remaining in unhappy marriages was a much bigger problem than broken marriages. They were tragically wrong.

Marriage is now even less binding than a business contract. As marriage expert Maggie Gallagher has written, “Marriage is one of the few contracts in which the law explicitly protects the defaulting party at the expense of his or her partner.” 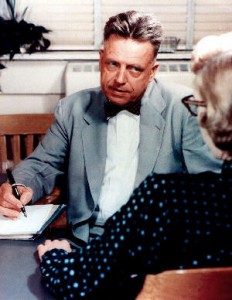 Along with changing laws has come a changed culture where divorce carries little stigma. Acceptance of divorce rose from 59% of Americans in 2001 to 68% in 2013. This naturally follows from the rise in the number of people who have been divorced. The divorce rate for first marriages — between forty and fifty percent — is about twice what it was in 1960. About 2/3rds of second marriages, and 3/4ths of third marriages, end in divorce. This trend is even more startling when you realize that divorce rates have gone up while marriage rates have gone down.

Sixty percent of Americans in first marriages now live together beforehand. “Co-habiting” is considered a good trial run that will prevent a divorce later, but statistics show that people who shack up before getting married are much more likely to divorce than those who keep two addresses until their wedding day.

This change in divorce law came in the wake of relentless assaults on marriage and chastity from such academics as “sex researcher” Alfred Kinsey and anthropologist Margaret Mead. They misled millions to believe that homosexuality and promiscuity were normal and healthy. Marriage was artificial and repressive. Later we learned that their work was deeply flawed, even fraudulent, but the damage was already done.

If bogus sex research and birth control pills were dry twigs and tinder, no-fault divorce and abortion-on-demand were the blowtorch and gasoline. Together, they created a raging bonfire. We have now been stoking its flames for decades, long before talk of same-sex “marriage.” Together, they have reduced the bond connecting marriage, sex and childbearing to ashes.

If we want to understand the current war on marriage, we can’t ignore this ugly backstory.